The CSTO CFM was held in Yerevan. Heads of diplomatic missions discussed the state of international and regional security and improvement of CSTO crisis response mechanisms 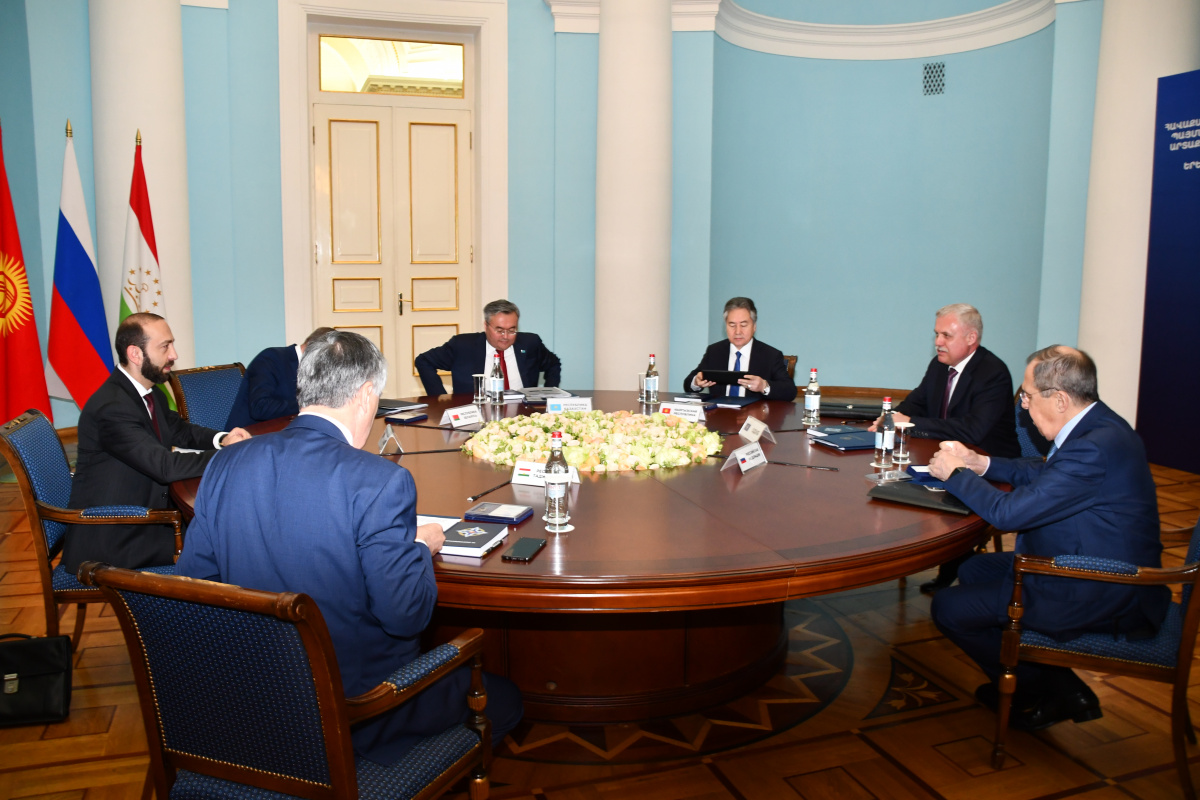 10.06.2022
On June 10 this year, under the chairmanship of Ararat Mirzoyan, Minister of Foreign Affairs of the Republic of Armenia, a regular meeting of the Council of Foreign Ministers of the Collective Security Treaty Organization was held in Yerevan with the participation of CSTO Secretary General Stanislav Zas.

The meeting was held in the narrow and plenary session format. The heads of diplomatic missions discussed the state of international and regional security and its impact on the security of the member states of the Organization.

The CSTO Secretary General informed on the work being carried out by the Secretariat and the CSTO United Staff for the improvement of the Organization's crisis response mechanism in contemporary geopolitical realities. Stanislav Zas noted that this task became especially urgent and dynamic after Armenia announced its priorities in 2021, as well as after the peacekeeping operation in the Republic of Kazakhstan in January of this year.

After the meeting, the Armenian Minister of Foreign Affairs and Secretary General of the CSTO briefed the media on the results of the meeting.

Specifically Stanislav Zas concerning the situation in and around the CSTO area of responsibility said that there is a further increase in international tension and the transformation of political and economic pressure into tools of Western policy towards the member states of the CSTO.

"If characterized as a whole, unfortunately, the situation on the whole perimeter of the CSTO remains tense," he noted.

The CSTO Secretary General informed that the foreign ministers spoke in favor of strengthening the unity of CSTO member states, further increasing the activity of the organization in all three priority areas of its activities - coordination of foreign policy, military cooperation, countering new challenges and threats.

By the decision of the CSTO CFM the Plan of consultations of representatives of member states of the Collective Security Treaty Organization on foreign policy, defense and security issues for 2022-2024, which in particular provides for consultations on the coordination of the CSTO member states' positions on international and regional security, the UN and OSCE agenda, as well as on issues of arms control, disarmament and non-proliferation. The activities envisaged in this document will help to harmonize the approaches of member states to the entire range of issues of mutual interest.