Trainings of the CSTO Collective Forces "Cooperation-2022", "Search-2022", "Echelon-2022" in the Republic of Kazakhstan are completed with the "defeat" of a simulated enemy The skills of coordinated actions of components of the CSTO Collective Rapid Reaction Forces were demonstrated on October 7, 2022, during the command-staff training "Interaction", special trainings with forces and means of intelligence "Search" and logistical support of troops "Echelon". 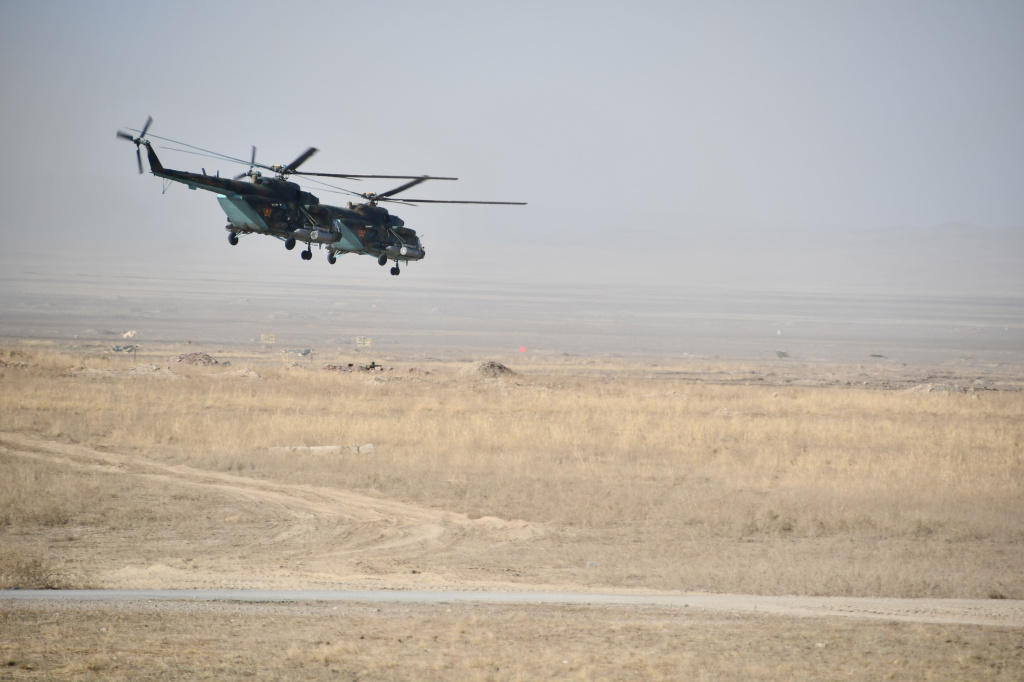 On the final day of trainings of the Collective Rapid Reaction Forces "Interaction-2022", "Search-2022" and "Echelon-2022" military contingents of the CSTO member states practiced actions of an interdepartmental multi-service group to repel a simulated enemy.

The objective of the combined group was to repel the "enemy's" offensive, inflict as much damage as possible and create the conditions for a counteroffensive.

All of the contingent's weapons operated in a single information-combat space with the integrated support of air, ground, radar and opto-electronic reconnaissance.

"At the final stage, the CSTO Collective Rapid Reaction Forces grouping with formations and units of regional command “South” practiced a joint operation to repel and then destroy the simulated enemy. The servicemen did their job to the best of their abilities. I would like to make special mention of the missile forces and artillery units, which performed all combat training tasks in cooperation with ground troops and aviation in a high quality," Major General Mereke Kuchekbayev, Commander of the troops of regional command “South”, positively assessed the results of the training.

Front and army aviation of the Kazakhstan Air Force and Russian Aerospace Forces as part of mixed air groups performed the tasks of fire support, cover and support of the actions of ground units of the coalition, landing of tactical airborne troops, evacuation of the wounded and sick.

In the course of the training, actions to repel various types of air attacks, from airborne missile strikes to strike drones, were practiced.

The anti-tank platoon, whose fire suppressed and destroyed the enemy's fortifications, firing points, tanks and self-propelled artillery pieces, brought the units to the line of attack.

Supported by air strikes and artillery fire, the first echelon units took the offensive and broke through the enemy defenses.

The Airborne Assault Troops of the Republic of Kazakhstan and the Special Operations Forces of the Republic of Belarus, which completed the defeat of the opposing group of the simulated enemy, began to carry out their tasks as part of the second echelon to build up their efforts.

At the end of the active operations on October 7, this year, the distinguished servicemen were awarded and the closing ceremony of the training took place. It was attended by the CSTO Deputy Secretary General Takhir Khayrulloyev, the Head of the CSTO Joint Staff, Colonel General Anatoly Sidorov, the First Deputy Defense Minister - Chief of General Staff of the Armed Forces of the Republic of Belarus, Major General Viktor Gulevich, Akim of Zhambyl Region Nurzhan Nurzhigitov, and representatives of the military diplomatic corps. 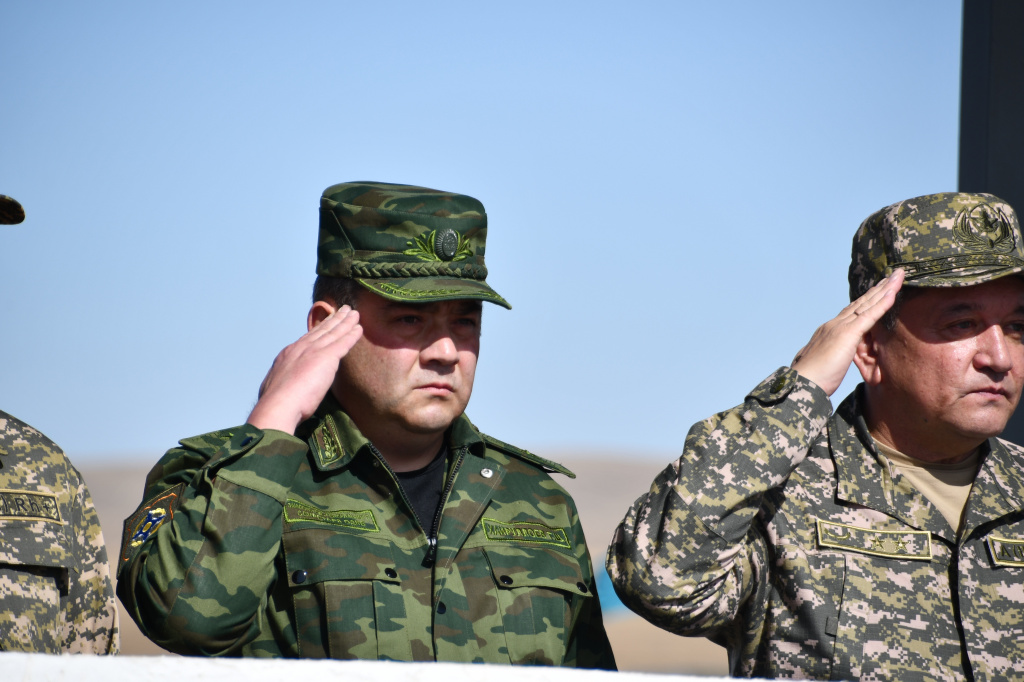 The CSTO Deputy Secretary General Takhir Khayruloyev, summarizing the results of the past training, said: "The “Interaction-2022” command-staff training once again demonstrated the increased level of combat training of all units comprising the CSTO Collective Rapid Reaction Forces.

The political leadership of the Organization assumes that any conflict situations must be resolved peacefully, through negotiation, through dialogue, using primarily political means.

But in order for these means to be effective, it is essential to have a real combat-ready force component.

This component is the CSTO Collective Rapid Reaction Forces.

The past trainings have shown that the level of preparedness of all states really met the requirements that life put before us today”.

The First Deputy Minister of Defense - Chief of the General Staff of the Armed Forces of the Republic of Kazakhstan, Lieutenant General Marat Khusainov noted the scale of international trainings and high professionalism of the participants. 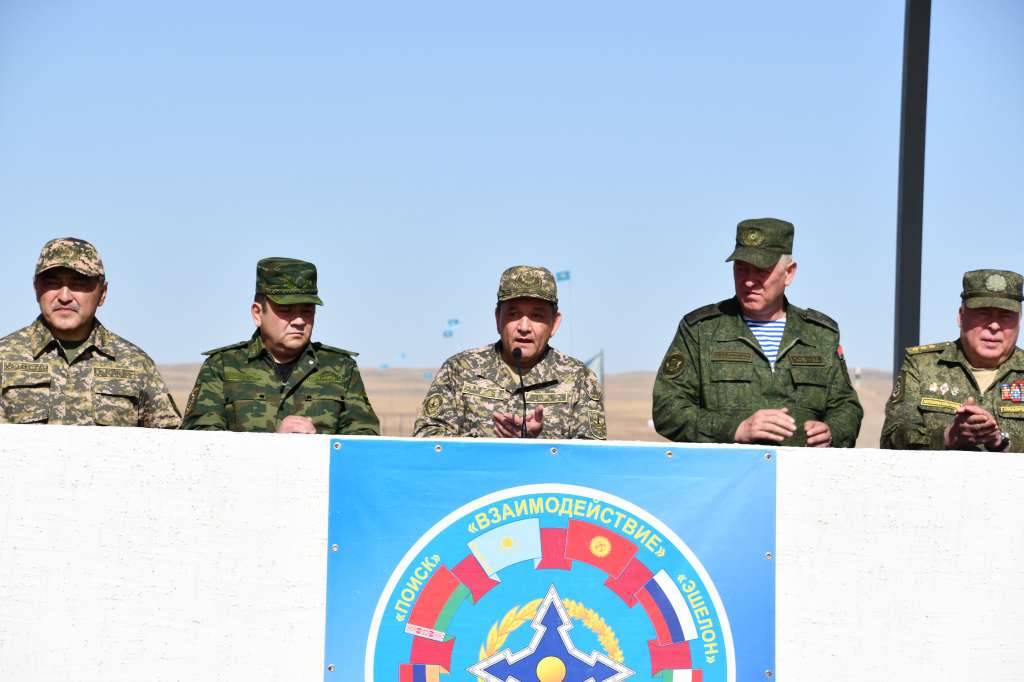 "As part of the “Interaction”, “Search” and “Echelon” trainings, the tasks of improving the coherence of command and control, combat readiness and interoperability were accomplished. All the participants, without exception, performed well. You have confirmed your level of training by your professional command of combat equipment and weapons," Lieutenant General Marat Khusainov said.

According to the leaders and participants, the trainings improved the practical skills of the command of the Collective Security Treaty Organization in planning, stability and continuity of command of the troops, the level of field training and cohesion of the components of the Collective Security Treaty Organization, and developed and mastered new forms and methods of carrying out tasks.

The active phase of the command-staff training of the CSTO Collective Rapid Reaction Forces "Interaction-2022", special trainings "Search-2022" with forces and means of intelligence and "Echelon-2022" - with logistics units took place on the Kazakh training ground "Matybulak" in the period from 3 to 7 October.

Military contingents of the CSTO member states worked on preparation and conduct of joint operation on localization of armed conflict in the Central Asian region of collective security.

Military contingents of the CSTO member states, task forces of the CSTO Joint Staff and the CSTO Secretariat, special forces from special units of internal affairs bodies (police), security agencies and special services, as well as authorized bodies in the sphere of prevention and liquidation of consequences of emergencies took part in the training.

The total number of training participants in the Republic of Kazakhstan will be more than 6,500 people and more than 850 pieces of military and special equipment, including aircraft, helicopters and strike drones. The core of the Russian contingent consists of units of the Central Military District. 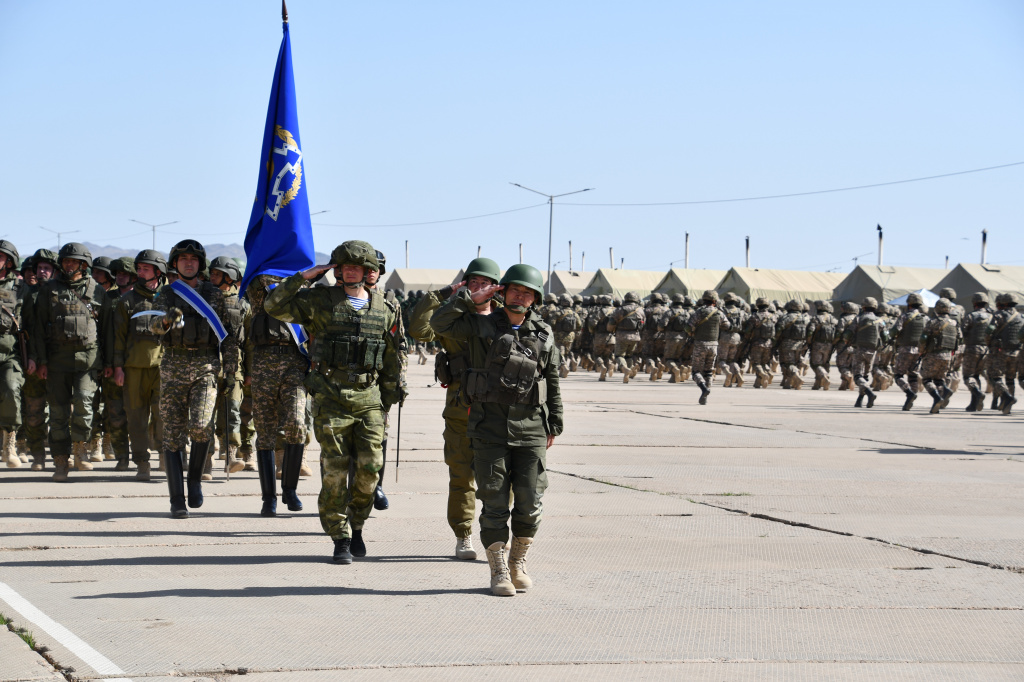