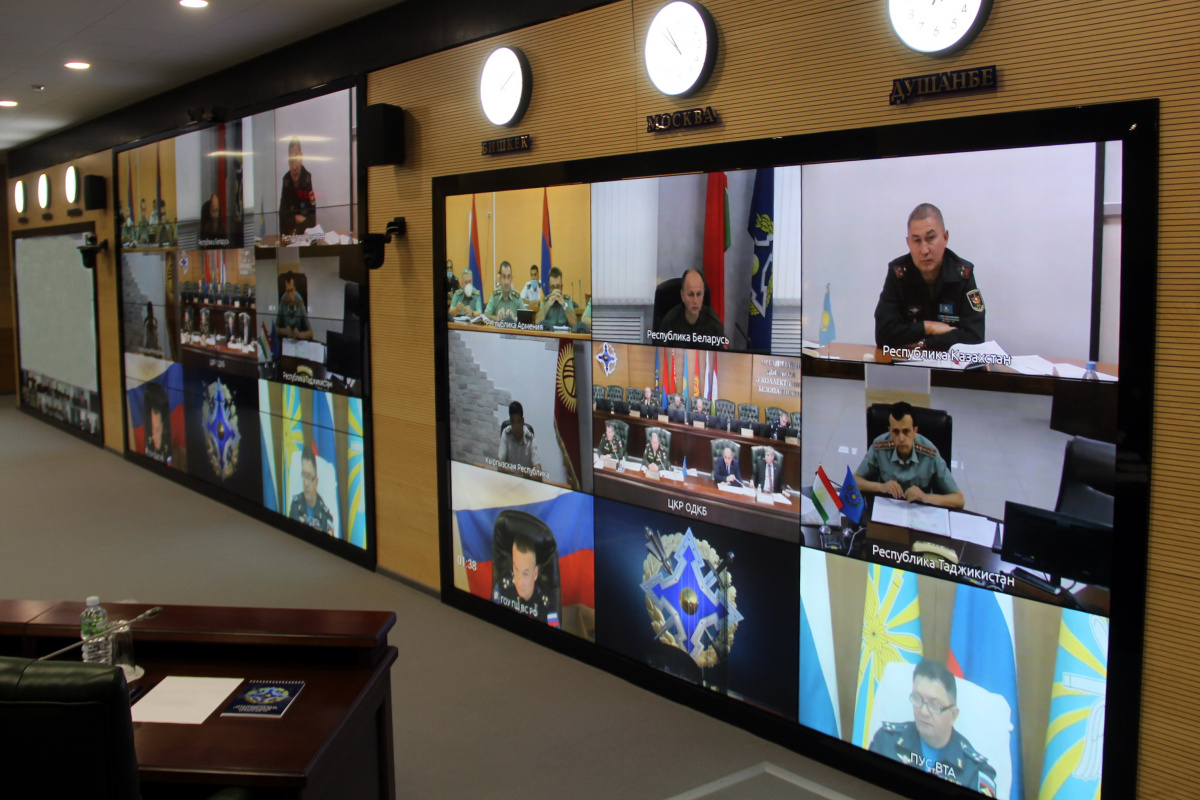 In the period from 15 to 16 September in the Collective Security Treaty Organization, under the charge of the Chief of the CSTO Joint Staff, Colonel-General Anatoly Sidorov, a strategic command and staff training was held on the topic “Preparation of proposals and development of draft decisions for the CSTO bodies on the formation and deployment of assets of the collective security in the Caucasian region of collective security”.
In Moscow, on the basis of the Crisis Response Center, functional groups were deployed, which included representatives of the Joint Staff and the Secretariat of the CSTO, the Ministry of Internal Affairs of the Russian Federation, the Federal Security Service of the Russian Federation, the National Guard of the Russian Federation, the Ministry of Civil Defense Affairs, Emergencies and Liquidation of Consequences of Natural Disasters, the Anti-Terrorist Center and the Council of Commanders of the Border Troops of the Commonwealth of Independent States member states. Operational groups of interested ministries and departments of the CSTO member states participated in the training via videoconferencing.
At the first stage, the training participants assessed the military-political and military-strategic situation in the area of responsibility of the Organization, predicted its development, and worked out proposals for priority measures of a political and diplomatic nature.
At the second stage, proposals were prepared on the composition, operational deployment and use of the CSTO Collective Rapid Reaction Forces, as well as on the provision of military-technical assistance to the CSTO member state.
The participants in the training developed draft relevant decisions of the CSTO bodies. In the course of the training, reports of draft decisions of the Collective Security Council, the Council of Foreign Ministers, the Council of Defense Ministers and the Committee of Secretaries of Security Councils on issues related to the implementation of joint measures to resolve the crisis situation in the Caucasus region of collective security were heard.
Summing up the results, the chief of the CSTO Joint Staff, Colonel-General Anatoly Sidorov, said that in the course of the strategic command and staff training, the main attention was paid to working out the issues of organizational, information and analytical support for decision-making on the formation and deployment of the CSTO Troops (Collective Forces). He noted the increased level of professional development of the training participants: "as part of the functional groups of the CSTO Crisis Response Center, the skills of officials were successfully improved at the stage of developing joint measures." “The active work of the training participants allowed working out the algorithm of functioning of the Organization's Crisis Response Center and the issues of its interaction with the authorized bodies of the CSTO member states,” Anatoly Sidorov said.
In the concept of the strategic command and staff training, a conditional military-political situation was used, taking into account modern challenges and threats and created for conducting joint trainings with the CSTO Troops (Collective Forces) this year. The documents worked out in the course of the strategic command and staff training will be used in the course of the trainings with the participation of the CSTO Collective Forces.