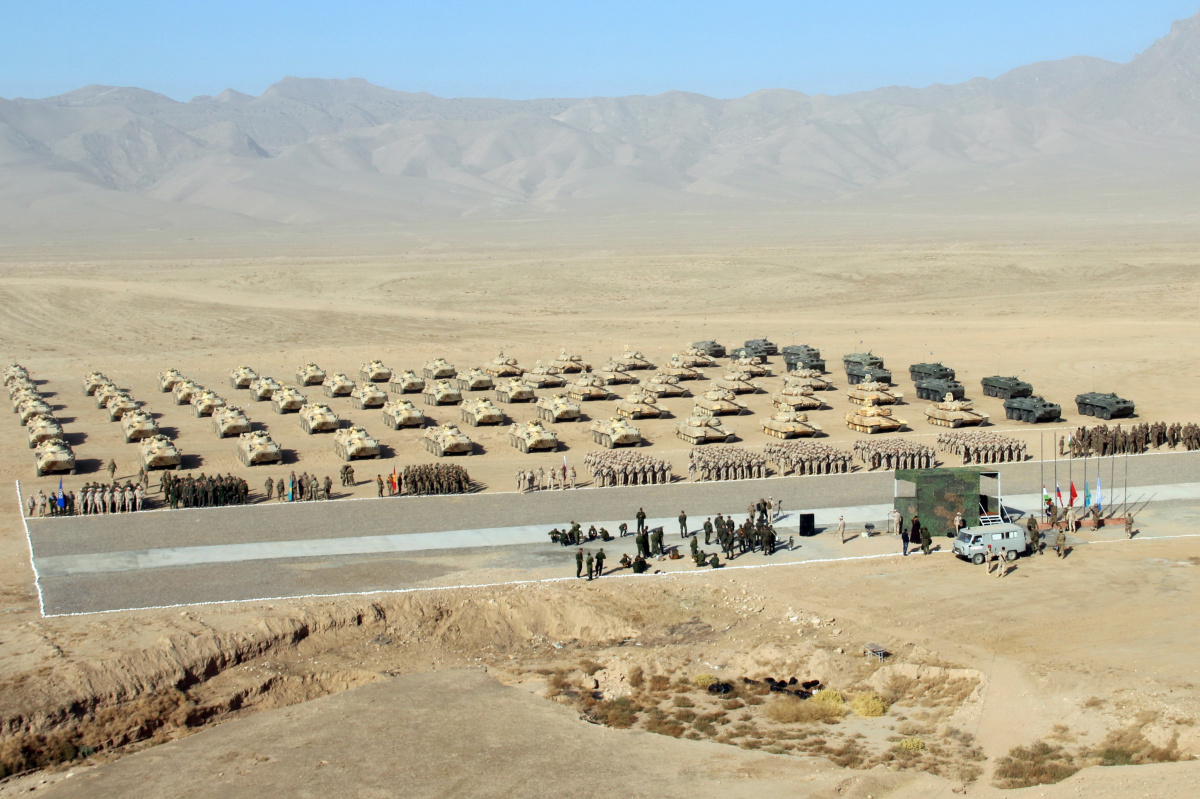 From October 18 to 23, 2021, special trainings "Echelon-2021", "Search-2021" and joint training "Interaction-2021" will be held in the Central Asian region in the framework of the joint operational-strategic training "Combat Brotherhood-2021" with the participation of 4000 people and more than 500 pieces of equipment.

At the firing ranges of the Armed Forces of the Republic of Tajikistan "Momirak" and "Kharbmaidon", a group of Troops (Collective Forces) of the CSTO will practice the tasks of preparing and conducting a joint operation to localize an armed border conflict associated with attempts by militants of international terrorist organizations to penetrate into the territory of a member country of the Organization.

Participants in the joint training with the CSTO Collective Rapid Reaction Forces "Interaction-2021", which includes airborne assault, armored infantry and artillery units and special purpose groups, will practice the preparation and conducting a joint operation to localize an armed border conflict.

The main objectives of the trainings are to improve the management system of CSTO troops (Collective Forces), improve the coordination of command bodies and units, as well as to achieve interoperability of the assets of the collective security system of the Organization.

Military contingents of the Organization member States, consisting of mobile formations and military units of permanent readiness, equipped with modern weapons and military (special) equipment, operational groups of the CSTO Joint Staff and the CSTO Secretariat, special forces formations from special units of internal affairs (police) bodies, security agencies and special services, as well as authorized bodies in the sphere of prevention and liquidation of consequences of emergencies are planned to participate in the trainings.

Members of the Coordination Meeting of the Chairmen of the Committees (Commissions) on Defense and Security of the Parliaments of the CSTO Member States under the Council of the CSTO Parliamentary Assembly, representatives of the Republic of Serbia, the Republic of Uzbekistan and Mongolia, military attachés as well as representatives of the International Committee of the Red Cross were invited to the final stage of the training.

The main tasks of the CSTO Collective Rapid Reaction Forces are:

·         deployment to the territory of any of the CSTO member States for the purpose of demonstrating readiness to use military force;

·         participation in preventing and repelling an armed attack, including aggression, and localization of armed conflicts;

·         participation in measures to combat international terrorism, illicit trafficking in narcotic drugs, psychotropic substances and their precursors, weapons and ammunition, and other types of transnational organized crime;

·         strengthening of troops to cover State borders and protect State and military facilities of the CSTO member States;

·         participation in the operational deployment of joint (regional) groupings of troops (forces);

·         participation in the implementation of measures to protect the population from dangers arising during or as a result of military operations, as well as the elimination of emergency situations and the provision of emergency humanitarian assistance;

·         other tasks determined by the Collective Security Council.