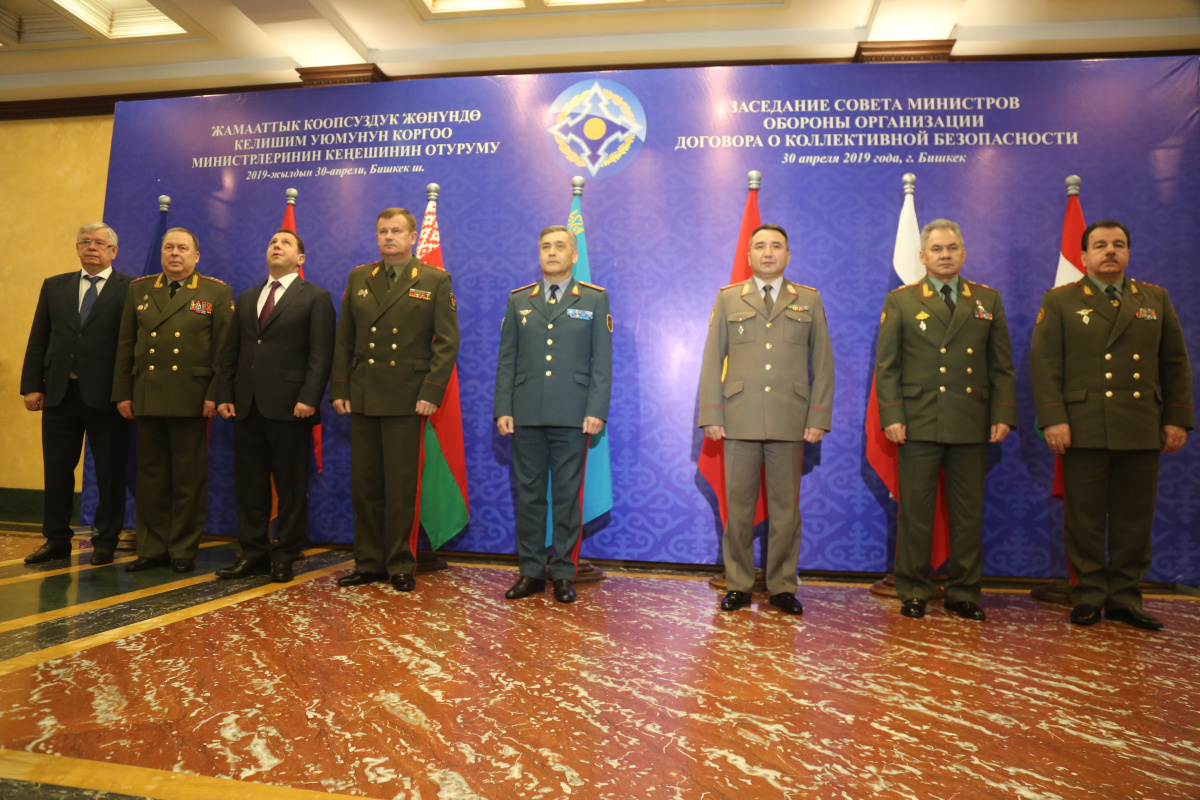 On April 30, 2019, a meeting of the Council of Ministers of Defence of the Collective Security Treaty Organization member states was held in Bishkek under the chairmanship of the Chief of the General Staff of the Armed forces of the Kyrgyz Republic, Major General Raimberdi Duishenbiev. Acting CSTO Secretary General Valery Semerikov and the Head of the CSTO Joint Staff Colonel-General Anatoly Sidorov took part in the meeting of the CSTO. 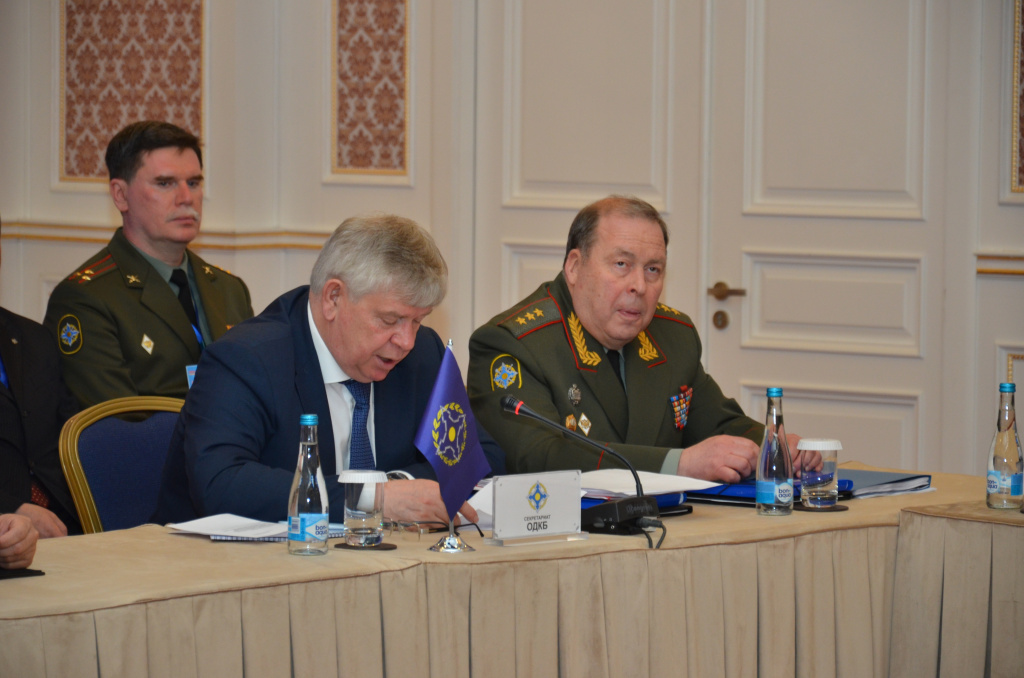 As the Acting CSTO Secretary General Valery Semerikov noted, as a result of the military defeat suffered by ISIS in Iraq and Syria, the leaders of the international terrorist organization have revised their tactics towards preserving the remaining combat potential and further dissemination of terrorist ideas on the basis of the network principle.

"As a result, terrorists of various kinds have expanded their presence and activity in the North of Afghanistan, hatching plans to create the so-called "Islamic Caliphate of Khorasan" with the further spread of its influence on the neighboring states of Central Asia. As a result, the threat of terrorist attacks on the territory of the CSTO member states has increased significantly," Valery Semerikov said.

Tajikistan has the longest border with Afghanistan – 1,345 km. In connection with the threat to stability in this region, the Ministers of Defence considered joint actions to reduce tension in the Tajik-Afghan border. The relevant List of additional measures was approved by the decision of the Council of Ministers of Defence of the CSTO member States. It contains a set of measures in the sphere of political and military cooperation and in the sphere of countering challenges and threats, which are aimed at increasing the effectiveness of countering extremist, terrorist and drug threats emanating from the territory of Afghanistan on the Tajik-Afghan border. The implementation of the activities of the List involves the creation of conditions for the formation of a situation of stability and security in the Tajik-Afghan border, as well as for improving the coordination of the activities of the member states of the Organization in the Central Asian region.

The CSTO CMD has approved the Collective Action Plan of the member states of the Collective Security Treaty Organization to implement the UN Global Counter-Terrorism Strategy for 2019-2021. The plan was prepared by the CSTO Secretariat taking into account the recommendations contained in Resolution 60/288 of the UN General Assembly of September 8, 2006, and other UN documents adopted to further the implementation of the United Nations Global Counter-Terrorism Strategy, including General Assembly Resolution A /RES/72/284 UN Assembly on June 26, 2018. The main goal of this Plan is to consolidate the efforts of the CSTO member states for the practical implementation of the United Nations Global Counter-Terrorism Strategy using the national capabilities of the CSTO member states. The document provides:

1. Improving the system of countering terrorist challenges and threats;

2. Training of specialists in the field of organization of countering terrorism;

4. Information support in the field of organization of countering terrorism;

5. Conducting joint activities in the field of organizing countering terrorism. 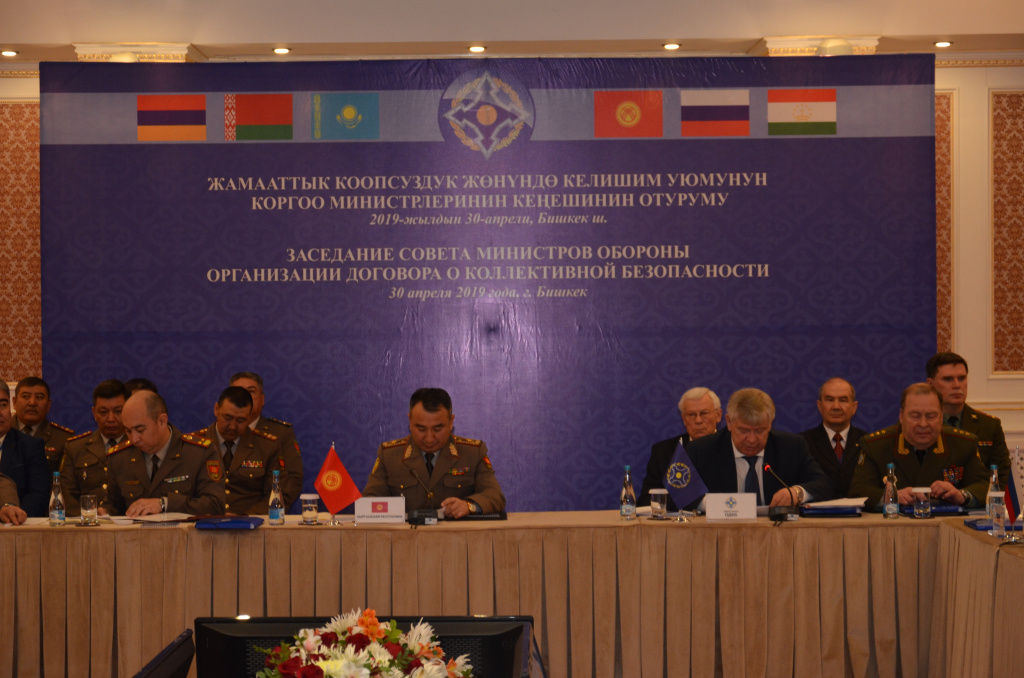 Following the meeting of the Council of Ministers of Defense, a number of documents were signed concerning the joint preparation of government bodies and forces and means of the CSTO collective security system for the next year. By the decision of the CSTO CMD, the Regulations on Information Cooperation of the CSTO Crisis Center were approved This document defines the procedure for the exchange of information by the CSTO Crisis Response Center with national authorities authorized to interact with the Center.

The Heads of defense departments approved the Plan of Consultations of the Representatives of the states members of the Collective Security Treaty Organization on Foreign Policy, Security and Defense Issues for the second half of 2019 - the first half of 2020.

It was also adopted CSTO CMD decisions on the creation of a working group at the Council of Ministers of Defense of the Collective Security Treaty Organization on the logistics of the CSTO Collective Forces. It is charged with the preparation of proposals for the material and technical support and equipment of the formations, military units and subunits assigned to the CSTO Collective Forces with weapons, military and special equipment. 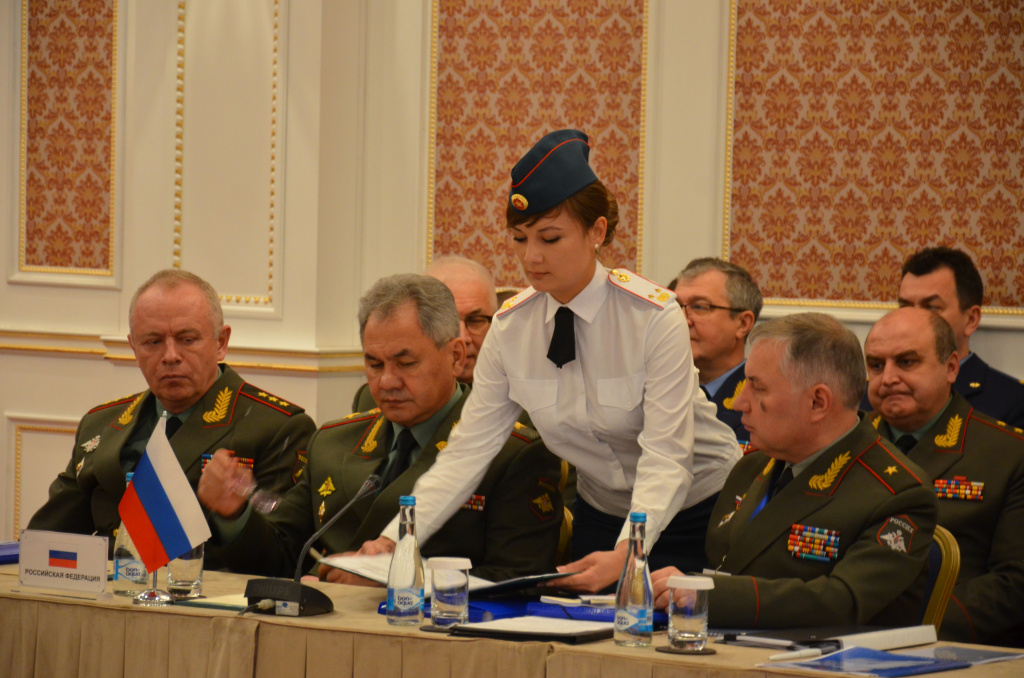 The CSTO Council of Ministers of Defense approved the proposal of the Russian side on the participation of members of the armed forces of the CSTO member states in a military parade dedicated to the 75th anniversary of the Victory in the Great Patriotic War, which will be held in 2020 in Moscow.

In total about 15 issues were included in the Agenda of the CMD meeting.