The CSTO Council of Ministers of Defense have discussed the military-political situation on the borders of the Organization, as well as proposals for jointly countering challenges and threats to collective security of a military nature On December 1, this year, a meeting of the Council of Ministers of Defense of the CSTO member states under the chairmanship of the Minister of Defense of the Russian Federation, General of the Army Sergei Shoigu was held via videoconferencing..

Opening the meeting, the Head of the Russian Military Department said that the CMD meeting was taking place on the eve of the session of the CSTO Collective Security Council, which would also be held the next day via videoconferencing. The heads of state will sum up the results of the chairmanship of the Russian Federation in the Organization and determine the prospects for its development.

“I would like to say a few words about this year's events, which took place despite the pandemic. They helped to solve the priority tasks of the Russian chairmanship in the Organization, and also contributed to the strengthening of cooperation between the defense departments of our countries,” the Russian Defense Minister emphasized.

“First of all, this is the celebration of the 75th anniversary of the Great Victory in the Great Patriotic War. I would like to once again thank your servicemen for participating in the military parade on the Red Square," Sergei Shoigu added.

In addition, a joint meeting of the Defense Ministers of the CIS, the SCO and the CSTO states was held in September. This is the first time a meeting of the heads of defense departments has been held in such an expanded, "Eurasian" format. 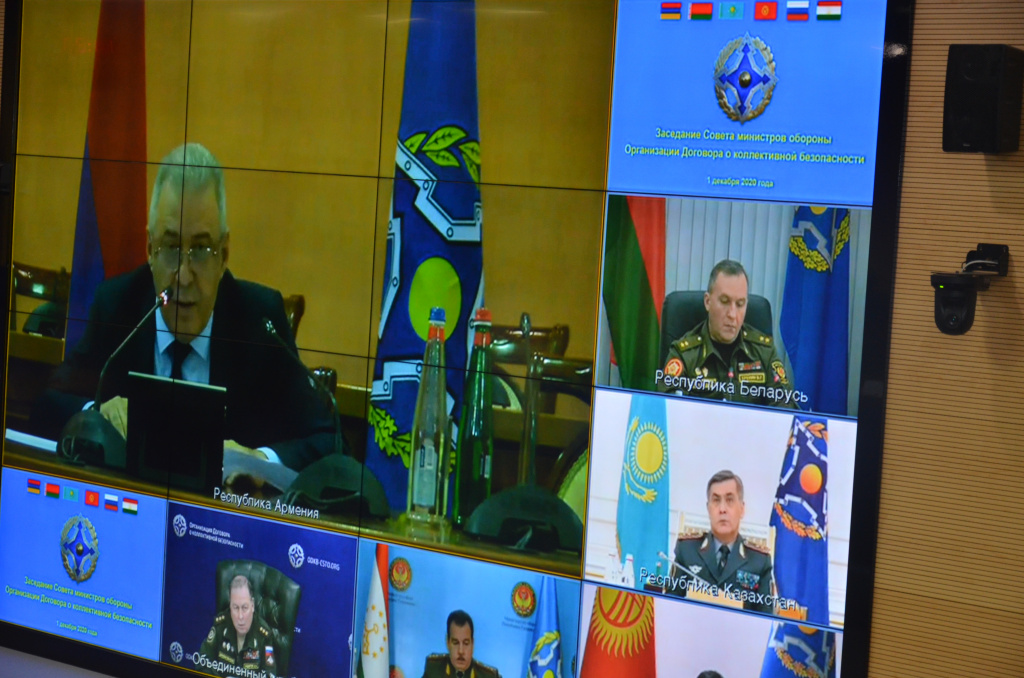 “We consider this an important contribution to strengthening the authority of the CSTO, forming a common position on global security issues, building a trusting dialogue, strengthening mutual understanding,” the Head of the Russian Military Department said.

In the course of this event, which was held in the “Patriot” Military-Patriotic Park of Culture and Rest of the Armed Forces of the Russian Federation, the heads of the defense departments visited the Museum complex "The Road of Memory". As the Russian Defense Minister noted, all the CSTO member states took an active part in the formation of its volume of information.

“In addition, in the context of a pandemic, we were able to hold the International Military-Technical Forum and the International Army Games at a high level. I express my gratitude to the defense departments that took part in these events,” General of the Army Sergei Shoigu addressed the meeting participants.

In addition, a significant part of what was planned in terms of operational and combat training was implemented with the CSTO Collective Forces.

On the territory of the Russian Federation, joint trainings with the assets of Acquisition, Technology, and Logistics "Echelon" and a command and staff training with the Command of the CSTO Collective Rapid Reaction Forces took place. 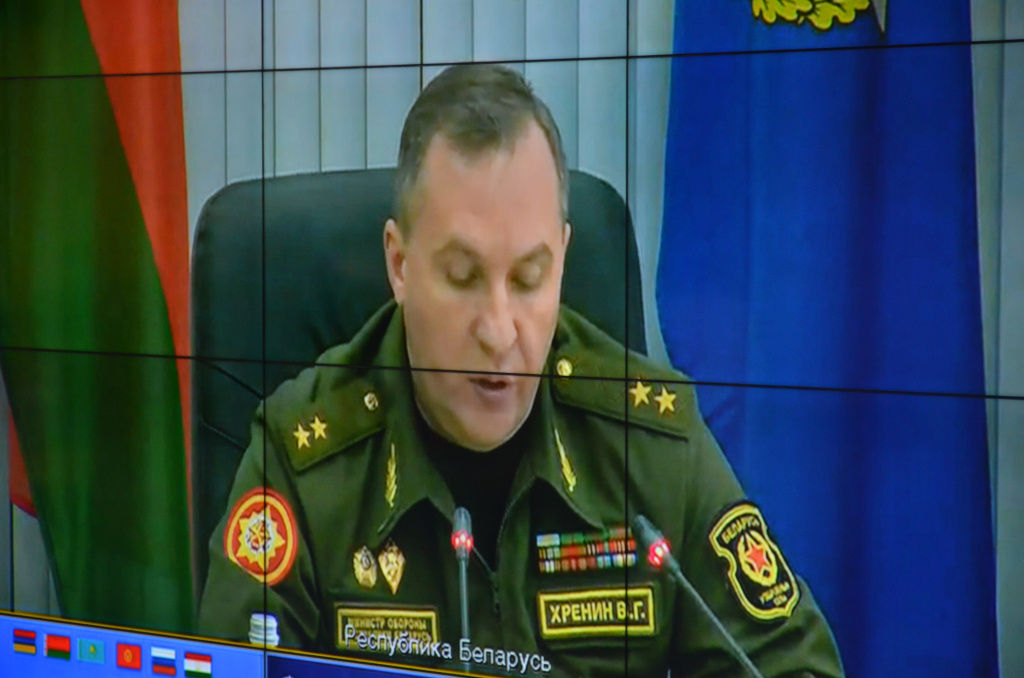 In the Republic of Belarus, the peacekeeping forces have worked out joint tasks in the course of the "Indestructible Brotherhood" training.

According to the Head of the Russian Military Department, these events showed that the Organization was ready to address the anti-crisis tasks, including in pandemic conditions.

Also, efforts were focused on the development of a number of key documents aimed at ensuring both the national security of the CSTO member states and the collective security of the Organization as a whole.

“We hope that today's meeting will serve to further improve the military component of the CSTO, will become a solid basis for deepening cooperation between defense departments in the format of the Organization,” the Russian Defense Minister added. «"Dear Colleagues! Since our previous meeting, there have been a number of changes in the composition of the Council of Ministers of Defense of the CSTO member states, ” the head of the Russian military department recalled.

Lieutenant General Vagharshak Harutyunyan was appointed Minister of Defense of the Republic of Armenia. The Chief of the General Staff of the Armed Forces of the Kyrgyz Republic is Major General Taalaibek Omuraliev. 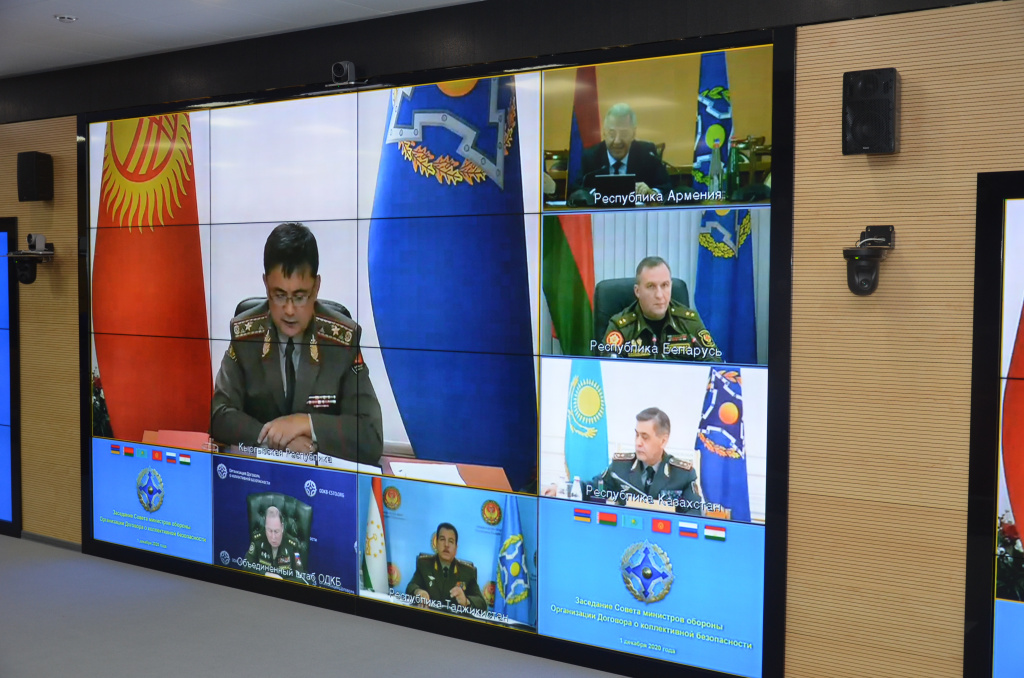 “I congratulate my colleagues on their appointment to high posts. I wish you good health, success in your career and fruitful work in the CSTO Council of Ministers of Defense,” Sergei Shoigu said.

Summing up the results of the meeting of the CSTO Council of Ministers of Defense, the Head of the Russian Military Department said that the participants had discussed in detail the military-political situation on the borders of the Organization, as well as proposals for jointly countering challenges and threats to collective security of a military nature.

Sergei Shoigu said that a decision was made to revise the documents of the Plan for the Operational Deployment of the Collective Rapid Response Force, taking into account modern realities. 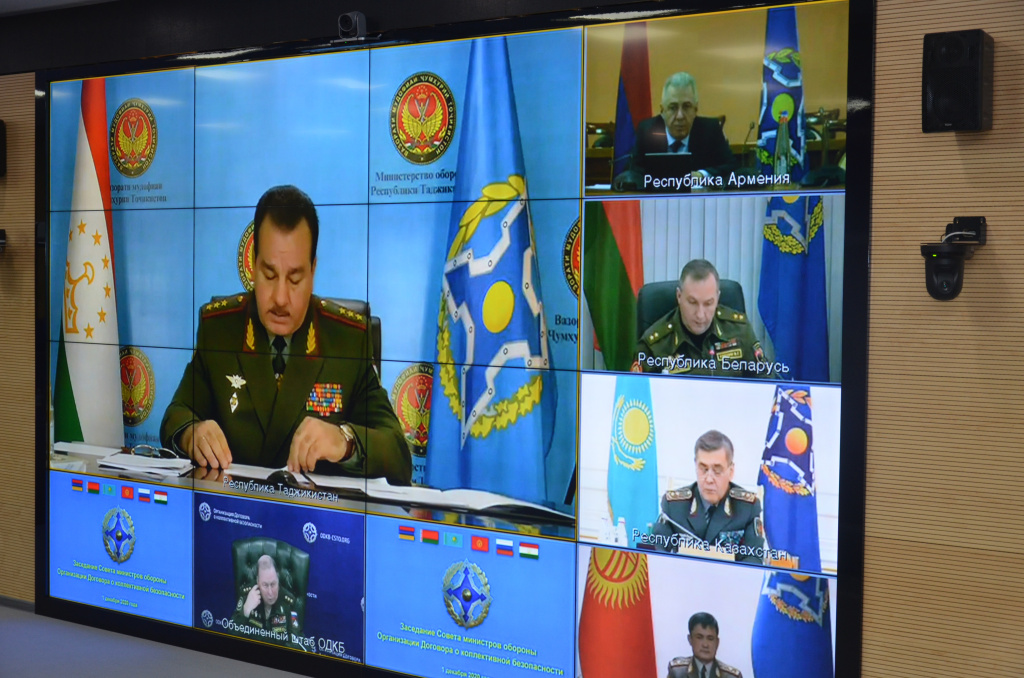 As part of the work on the creation of an integrated system of logistic, technical and medical support for the use of groupings of troops (Collective Forces) of the CSTO, a draft interstate Agreement regulating these issues was approved.

A block of issues on the development of the Organization's peacekeeping potential was considered.

The issues of training the personnel of peacekeeping units were considered. To this end, the meeting participants agreed to give the status of a basic educational and methodological organization for the training of personnel of the CSTO peacekeeping forces of the Combined Arms Academy of the Armed Forces of the Russian Federation.

The same work in the field of training is planned to be carried out for other components of the Collective Forces (troops) of the CSTO. 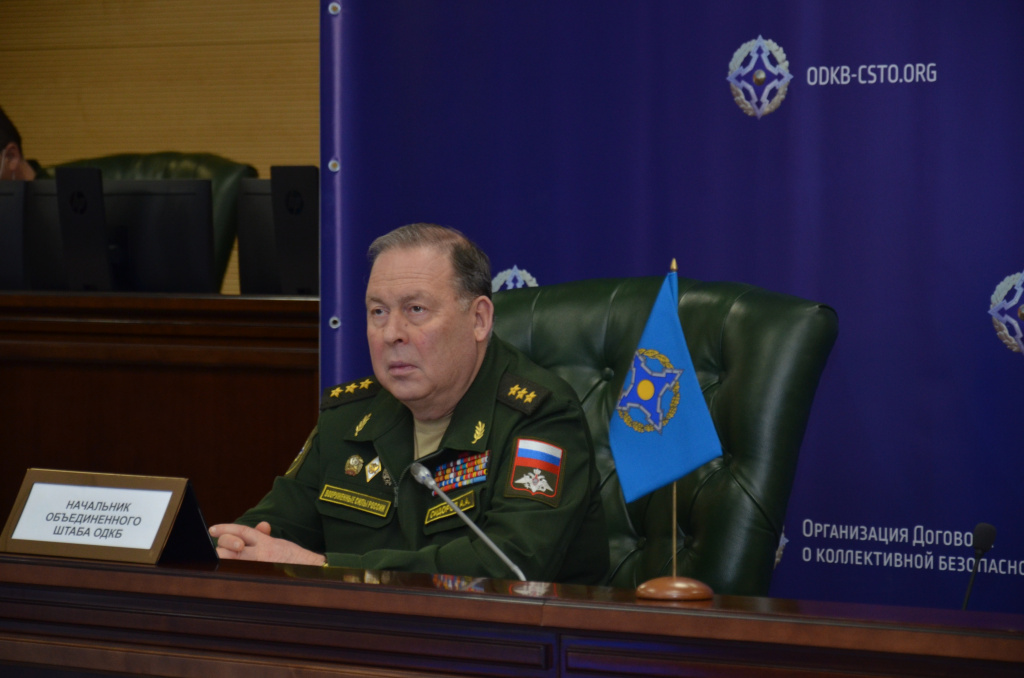 The status of a scientific center in the field of researching the problems of development and application of the aviation component of the CSTO will be given to the Air Force Academy named after Yu.A. Gagarin (Voronezh). And the Military Academy of the General Staff of the Armed Forces of the Russian Federation will become the basic organization for the training of professionals in the field of ensuring national security and defense capability.

“The implementation of the decisions made today will contribute to the progressive development of the military component of the Organization, the maintenance of regional stability and the strengthening of the military security of the CSTO member states,” Russian Defense Minister General of the Army Sergei Shoigu concluded.

The next meeting of the CSTO CMD is scheduled on the territory of the Republic of Tajikistan in the first half of 2021.