The CSTO Council of Foreign Ministers in Dushanbe discussed the international situation and its impact on the security of the Organization's member states. Four important political statements adopted. 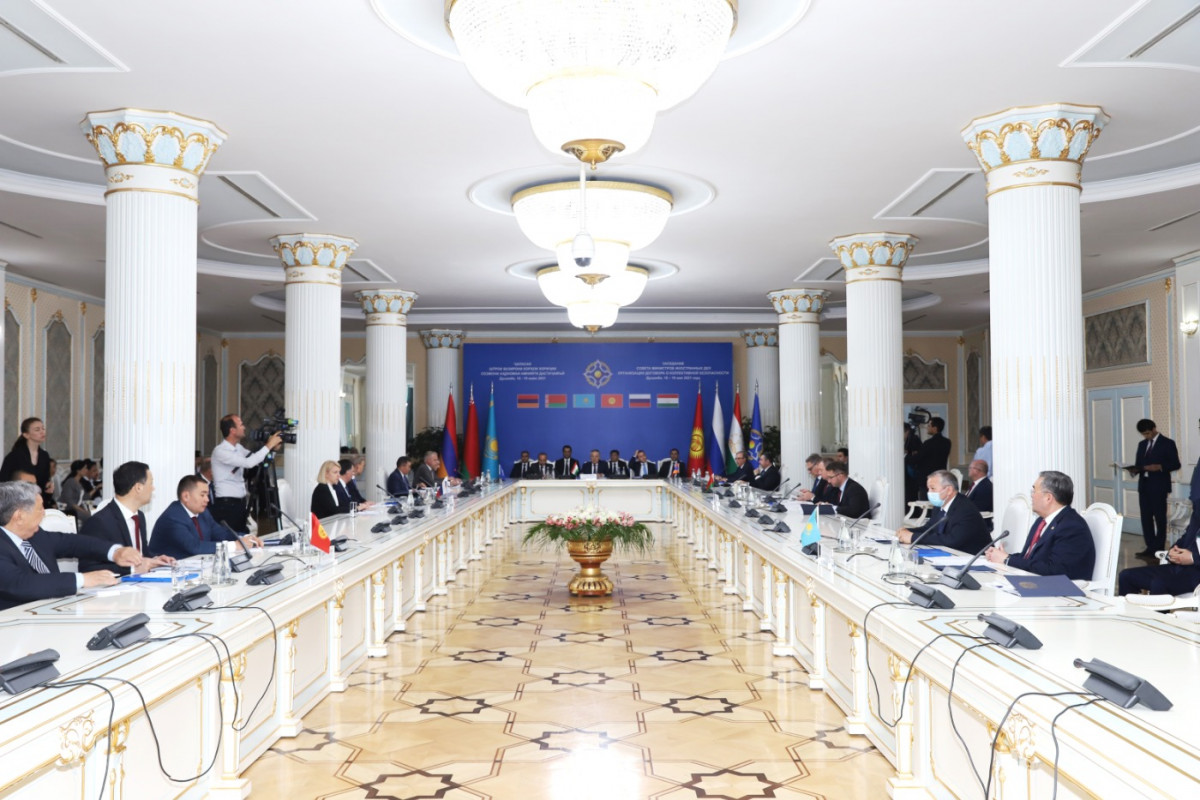 On May 19, 2021, a meeting of the Council of Foreign Ministers of the Collective Security Treaty Organization was held in Dushanbe. The CSTO CFM was held under the chairmanship of the Minister of Foreign Affairs of the Republic of Tajikistan Sirojiddin Mukhriddin. The meeting was attended by the CSTO Secretary General Stanislav Zas.

In this regard, in particular, the meetings of the Council of Defense Ministers and the Committee of Secretaries of Security Councils of the member states of the Collective Security Treaty Organization, held in the city of Dushanbe in April of this year, were noted.

Emomali Rahmon stressed that Tajikistan, during its chairmanship of the Collective Security Treaty Organization in 2021, in accordance with the identified priorities, effectively performs the functions of the chairmanship with the support of the member states.

It was emphasized that it is necessary to conduct a comprehensive analysis of the Organization's activities over the past period and develop a Development Strategy for the Collective Security Treaty Organization until 2025, taking into account the priorities for the future.

At the meeting it was discussed the issues of cooperation between the countries within the framework of the Collective Security Treaty Organization, including ensuring regional security, implementing the Organization's programs to strengthen the protective potential of the Tajik-Afghan border, jointly combating the threats and dangers of the world community, such as terrorism, extremism and transnational organized crime, especially drug trafficking.

During the CFM meeting, the heads of the foreign affairs agencies of the CSTO member states discussed the state and prospects for the development of the international and regional situation and its impact on the security of the Organization's member states.

Following the meeting, the Minister of Foreign Affairs of Tajikistan noted that the Tajik chairmanship in the CSTO is aimed, first of all, at the further development of the system of collective security and regional stability. According to him, the issue related to the situation in the Islamic Republic of Afghanistan occupied an important place in today's meeting of the CSTO CFM. 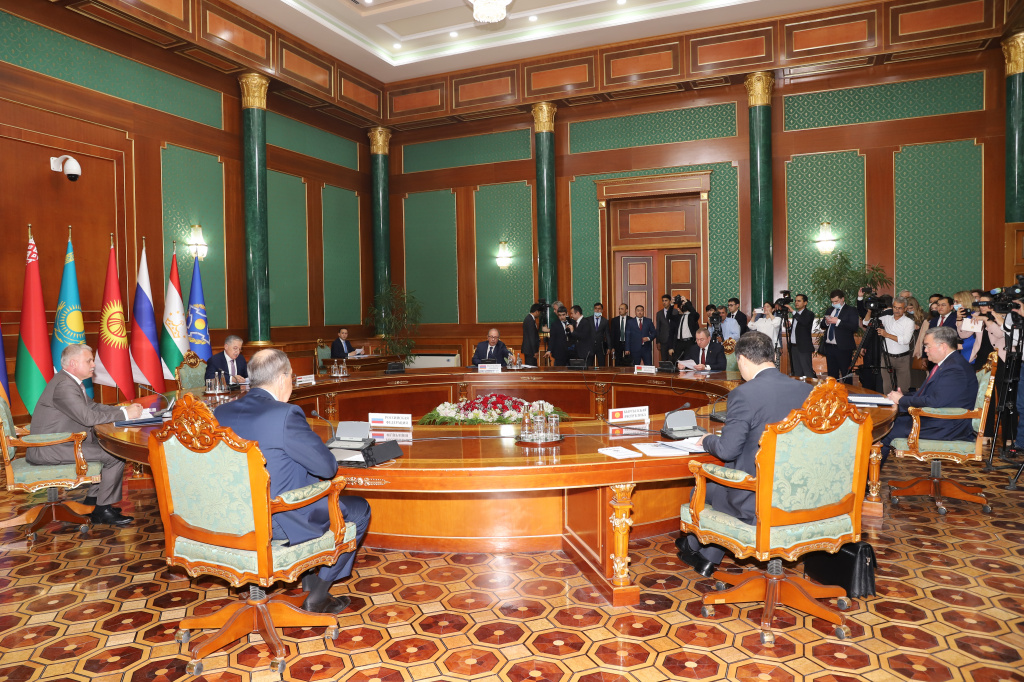 “We stated that the Afghan problem directly affects the situation in the Central Asian region of collective security. We examined this issue through the prism of the withdrawal of Western coalition military units from Afghanistan. In general, they came to a common opinion on the importance of strengthening the southern borders of the CSTO. Necessary measures are being taken in this direction, ”said the Chairman of the CSTO CFM. Minister of Foreign Affairs of Tajikistan Sirojiddin Mukhriddin. He said that the Tajik side is advancing work on the coordination of the CSTO Targeted Interstate Program to strengthen the Tajik-Afghan section of the border. 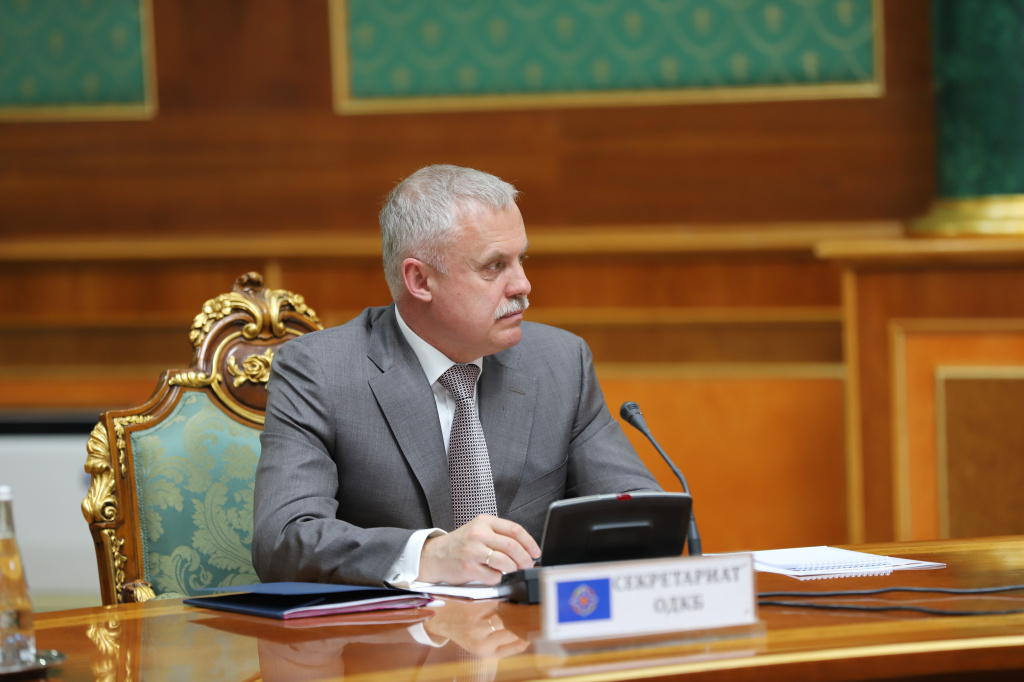 CSTO Secretary General Stanislav Zas informed the media about the results of the meeting of the Council of Foreign Ministers:

“Unfortunately, there are no positive changes in the field of global security. The situation practically along the entire perimeter of the borders of the CSTO member states remains tense. The buildup of the military presence and military activity of NATO countries near the borders of the Eastern European zone of responsibility of our Organization is more actively involved.

Speaking about the Caucasian region of the CSTO collective security, I would like to note that the introduction of a Russian peacekeeping contingent into the Nagorno-Karabakh conflict zone and the continuation of the negotiation process have significantly improved the situation. We see the prospect of establishing long-term peace there. They don't shoot anymore. But the situation is still tense.

The CSTO is concerned about the situation on the Armenian-Azerbaijani border, we are following the development of the situation in the border regions of the Syunik region of Armenia. This also became the subject of discussion during the meeting of the foreign ministers of the CSTO member states. We welcome the talks that have begun between the Armenian and Azerbaijani sides with the mediation of Russia and their intention to resolve the conflict peacefully. We note that there is no alternative to the implementation of the trilateral agreements of November 9, 2020.

We welcome the resumption of the negotiation process and the stabilization of the situation in the zone of the Tajik-Kyrgyz border. In this regard, it should be especially noted the agreements between the President of Tajikistan and Kyrgyzstan on the settlement of controversial border issues by political and diplomatic methods in the spirit of alliance and good-neighborliness, which underlie the activities of our Organization. I would like to note that this has significantly improved the situation in the Central Asian region of the CSTO collective security, which is especially important given the very difficult situation in neighboring Afghanistan. The withdrawal of US troops and the NATO military contingent that has begun from there, unfortunately, does not give hope for an intra-Afghan peace settlement.

In such a difficult situation, the role of coordinating the actions of the CSTO member states in foreign policy matters increases. "

CSTO Secretary General Stanislav Zas noted that one of the most important instruments for such coordination of the Organization's foreign policy activities is the adoption of joint statements.

During the current CFM meeting, 4 statements were adopted:

- "On the 75th Anniversary of the Judgment of the International Military Tribunal in Nuremberg.". - The document says that the preparation and conduct of the Nuremberg process is viewed as a unique experience of professional cooperation of the international community. States, different in their social structure, culture, traditions and historical destinies, have united to judge and pass sentences on the punishment of those who unleashed the most terrible war in the history of mankind. In the Statement, the world community is called upon to respect and protect the legacy of the International Military Tribunal in Nuremberg, as well as to intensify efforts to disseminate objective information about the crimes of Nazism in order to prevent the spread of neo-Nazi ideology, movements and organizations that may pose a threat to the peaceful coexistence of peoples.

- "On strengthening the Biological and Toxin Weapons Convention". - It attaches great importance to the Convention on the Prohibition of the Development, Production and Stockpiling of Bacteriological (Biological) and Toxin Weapons and on Their Destruction (BWC) as one of the pillars of the international security architecture. The need to comply with and strengthen the BWC is emphasized, including through the adoption of a legally binding Protocol to the Convention, which provides an effective mechanism for verifying compliance with the BWC

The document states that the rapid development of science and technology in areas related to the BWC requires increased attention from the states parties to the Convention.

Therefore, the Ministers of Foreign Affairs express their support for the initiatives presented in this regard, in particular, the creation of a Scientific Advisory Committee in the format of the Convention on the Prohibition of Biological and Toxin Weapons to analyze scientific and technological advances related to the Convention and provide the States Parties with relevant recommendations, as well as the formation of mobile medical and biological teams to provide assistance in the event of the use of biological weapons, their investigation and assistance in the fight against epidemics of various origins.

This Statement notes that the CSTO member states consider it unacceptable to create international mechanisms that duplicate the functions of the BWC and operate bypassing the UN Security Council.

- "On cooperation of the CSTO with states and international organizations". The CSTO member states speak about their interest in developing friendly and mutually beneficial relations with third countries and international organizations in maintaining peace and stability in the Eurasian region and confirm their readiness to build such cooperation on the basis of universally recognized norms and principles of international law, refusal of confrontation, resolving world problems exclusively by political and diplomatic means in accordance with the provisions and purposes of the UN Charter. It is obvious that it is possible to effectively counter traditional and new challenges and threats only through the consolidation of international efforts.

On January 9, 2021, normative acts came into force, establishing the statuses of the CSTO Partner and Observer at the CSTO. This provides an opportunity for interested states and international organizations that share the goals and principles of the CSTO and wishing to establish and develop contacts with the Organization, the necessary legal basis for starting the process of joining cooperation with the CSTO in a mutually acceptable format. In this regard, the member states of the Organization offer to take advantage of the opening opportunities.

The CSTO Council of Foreign Ministers also adopted a Decision - On Joint Measures of the Diplomatic Representations of the Member States of the Collective Security Treaty Organization to increase information work on activities. The foreign ministers of the CSTO member states decided to instruct the Heads of the diplomatic missions of their states to intensify interaction on information support of the CSTO activities.

The next meeting of the Council of Foreign Ministers is also scheduled in Tajikistan on the eve of the session of the Collective Security Council in the 4th quarter of 2021. A separate protocol decision was adopted on this matter. 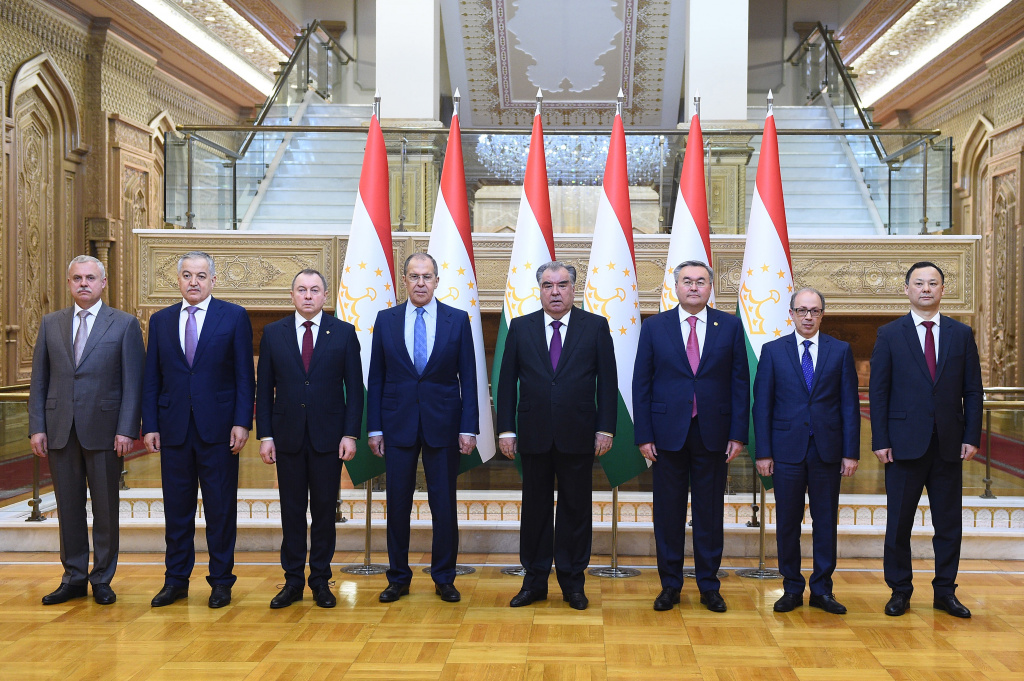