On November 23, in Yerevan, the Collective Security Council has discussed current problems of international and regional security and their impact on the security of the CSTO member states 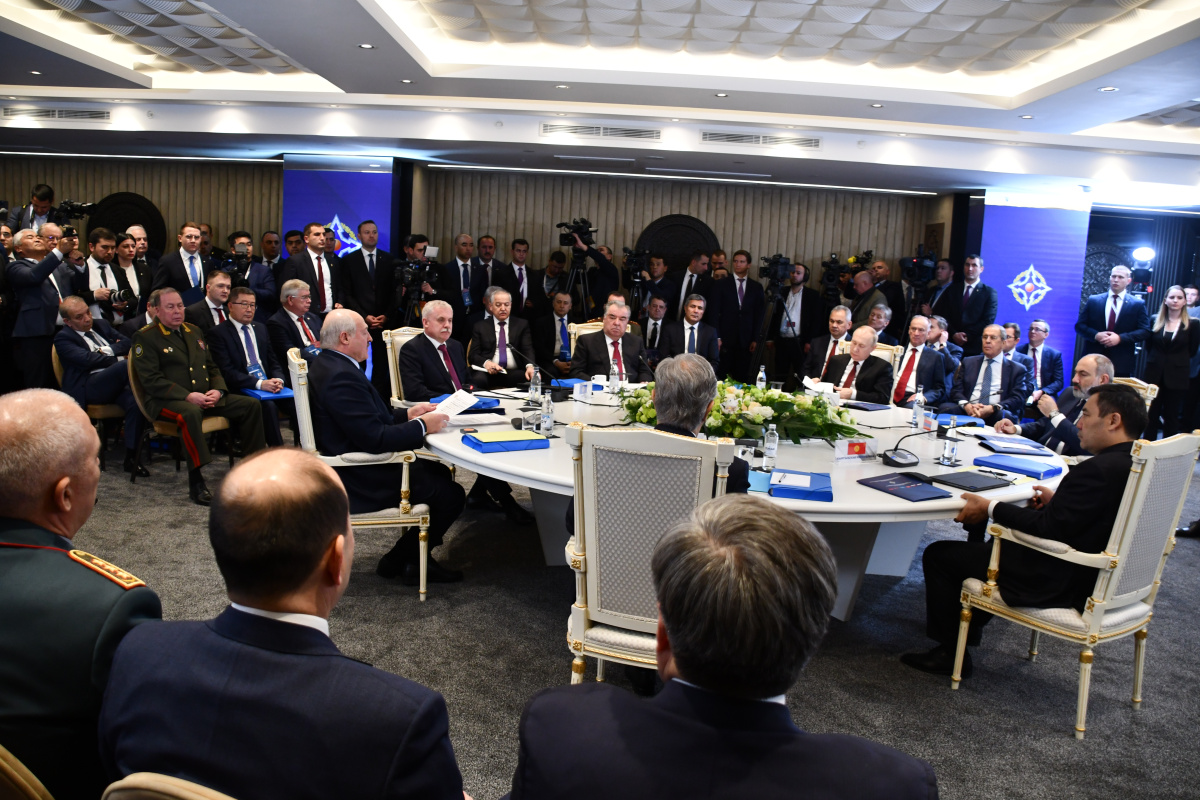 The CSC meeting was held in a restricted format and as a plenary session. The heads of states have discussed in detail the state and prospects of development of international and regional security, its influence on the security of the Collective Security Treaty Organization member states and summarized the results of the Organization's work during the intersessional period.

The CSTO Secretary General informed the media about the results of the session of the Collective Security Council.

Stanislav Zas noted that, unfortunately, the situation along almost the entire perimeter of the borders of the CSTO member states was very tense.

He stressed that the main goal of the CSTO in the emerging circumstances remained to ensure the security of the CSTO member states. "At the same time, the priority in its activities within the CSTO continues to be given to political and diplomatic means," the Secretary General of the Organization said.

The CSC reviewed the issue of joint assistance measures to the Republic of Armenia, the CSTO working bodies prepared a draft Decision which will be submitted to the statutory bodies after being coordinated in the CSTO member states.

The Collective Security Council considered the question of the Secretary General of the Collective Security Treaty Organization in connection with the forthcoming rotation as of January 1, 2023. Imangali Nurgaliyevich Tasmagambetov, representative of the Republic of Kazakhstan, was appointed for the next three-year term.

Pursuant to the Plan for the development of military cooperation among the CSTO member states for 2021-2025, an important decision was signed on equipping the CSTO Peacekeeping Forces with modern weapons, military and special equipment. A decision was also taken to establish a joint CSTO radiation, chemical and biological defense and medical support structure. Its model structure and staffing were approved, and its tasks and procedures for manning and equipping with weapons, military, and special equipment were determined. These are very important and timely documents, the implementation of which will make it possible to bring the CSTO Collective Forces to a new qualitative level.

Taking into account the results of collective actions of the CSTO member states to counter challenges and threats to security, the increased terrorist threats in the immediate vicinity of the CSTO areas of responsibility, the CSC Decision on giving the complex of operational and preventive measures "Mercenary" the status of a regional anti-terrorist operation of permanent action was signed.

The budget of the Collective Security Treaty Organization for 2023 was approved.

The heads of states noted the high level of the Armenian presidency in the Organization in 2021-2022.

The Republic of Belarus has taken over the Chairmanship of the new intersessional period, and the new Chairperson of the CSC, the President of the Republic of Belarus Alexander Lukashenko, has presented the country's priorities to be implemented in the CSTO next year. They will be reflected in the relevant Plan for the implementation of decisions of the CSTO session.

The next session of the CSTO Collective Security Council will be held in the fourth quarter of 2023 in Minsk.