On March 30, 2021, the CSTO Secretariat hosted a meeting of the heads of the national headquarters of the Collective Security Treaty Organization member states to conduct a permanent operation targeted at countering crimes in the field of information technology (Operation “PROXY”). The meeting was chaired by Tynchtykbek Samakov, Head of the Department for Countering Challenges and Threats of the CSTO Secretariat.. 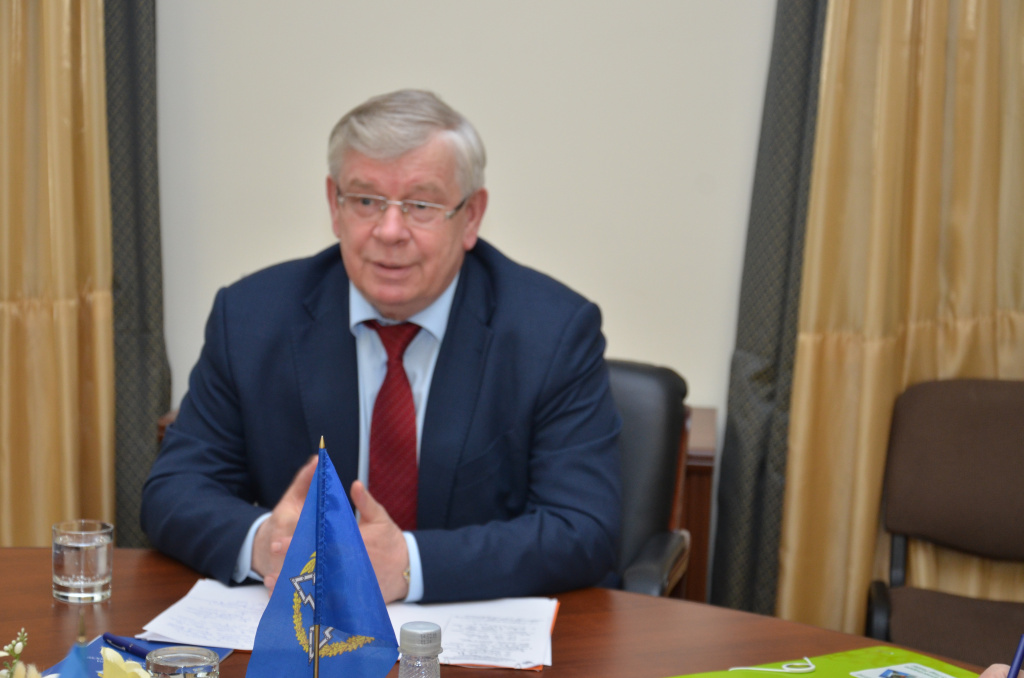 The meeting was opened by the Deputy Secretary General of the CSTO Valery Semerikov. In his speech, he noted that in 2020, the units of the national security and internal affairs bodies of the CSTO member states specializing in combating crimes in the field of information technology, special units of the competent authorities to combat drug trafficking and illegal migration, as well as structures carrying out financial monitoring, in general, successfully solved the tasks set in the main priority areas of cooperation.

“Despite the difficulties associated with the coronavirus epidemic, a whole range of planned measures targeted at ensuring information security and targeted at collectively protecting the information space and information resources of the CSTO member states from criminal encroachments of terrorist and extremist orientation, drug trafficking, and as well as crimes in the migration sphere, committed with the use of the achievements of information technology, has been implemented,” Valery Semerikov said.

The current year was determined by the heads of the Organization's member states as the year of continued consolidation of efforts in the fight against modern challenges and threats and the improvement of interstate cooperation in carrying out preventive operations to counter drug trafficking, crime in the information and communication sphere, illegal migration and mercenary activities.

In the speeches of the heads of the national headquarters, it was emphasized that the main threats to state and public security were still the activities of criminal organizations and groups, including transnational ones, associated with the illegal trafficking of drugs and psychoactive substances, weapons, ammunition, explosives, the organization of illegal migration and human trafficking. The danger of such threats increases significantly when the listed criminal goals are achieved through information and telecommunication technologies, and primarily through the Internet.

At the same time, as it was emphasized, the development of digital technologies, in addition to benefits, carries considerable risks and opens up new opportunities for committing crimes and terrorist attacks. All this can be significantly aggravated if we do not pay due attention to the protection of digital sovereignty. That is why it is important progressively build up protection against existing and potential cyber threats at the level of interstate interaction within the CSTO.

The results of operation “PROXY” indicate that the information environment remains vulnerable to terrorist, extremist influences and other illegal purposes, including the dissemination of information to undermine the constitutional order, stoke ethnic and religious tensions, and is actively used for these purposes against the background of significant political events.

The counsil of the heads of the national headquarters of the Organization’s member states identified the main priority areas of cooperation for the current year, such as:

- combating activities against the foundations of the constitutional order and national security;

- exchange of information and carrying out joint events to counter the illegal activities of international hacking groups involved in the development of software designed for illegal access to computer information, as well as bringing the administrators of criminal network resources to responsibility;

The collegial opinion was expressed that the operation should remain an effective instrument of collective cooperation and assurances that joint actions within the “PROXY” operation to counter attempts to use the information technology for criminal purposes would contribute to strengthening the collective security of the CSTO member states.