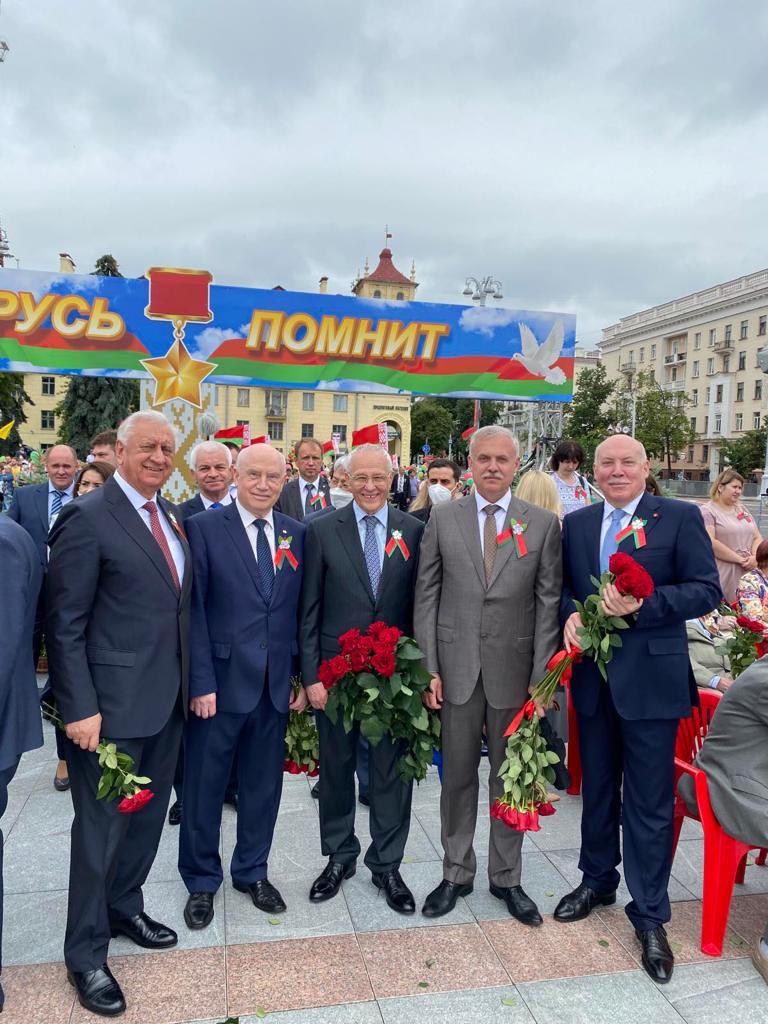 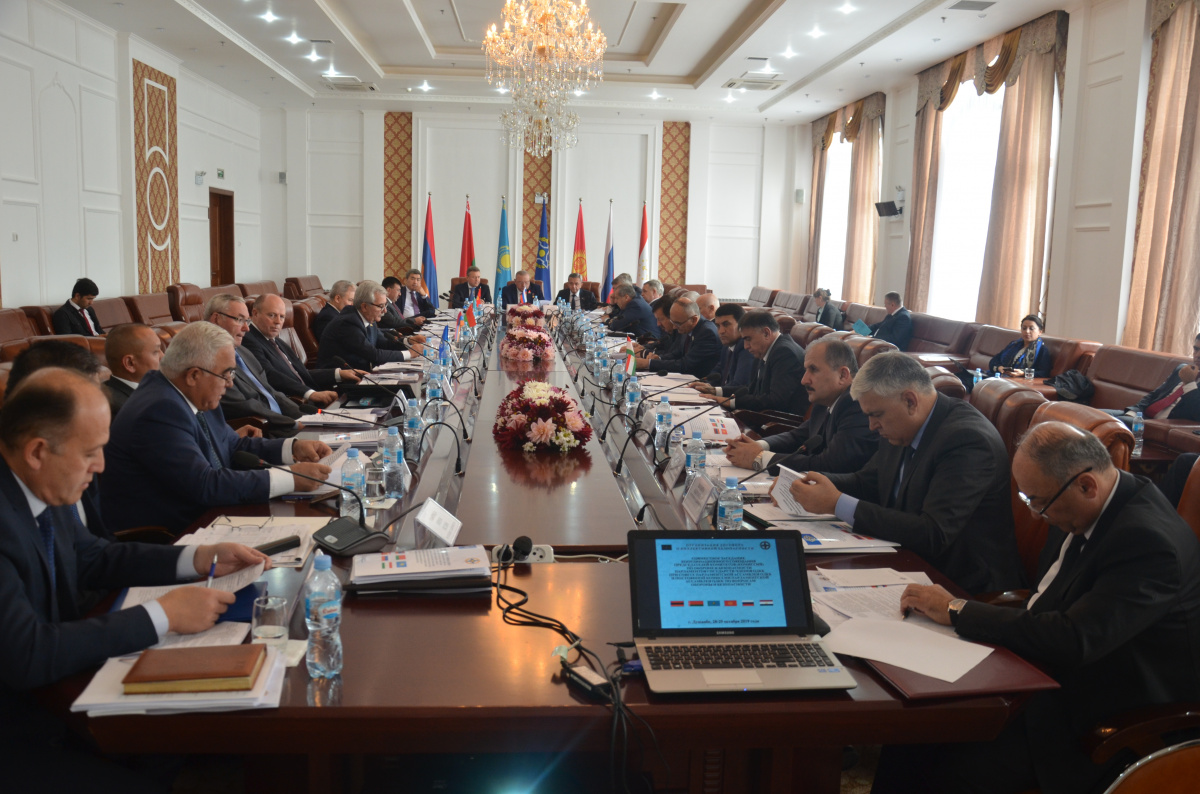 On October 28, this year, In Dushanbe, a Coordination meeting of the chairpersons of committees (commissions) for defense and security of the parliaments of the CSTO member states under the Council of the Parliamentary Assembly of the Collective Security Treaty Organization and the CSTO Parliament Assembly Permanent Commission on Defense and Security was held. The meeting was chaired by Chairman of the State Duma Committee of the Federal Assembly of the Russian Federation Vladimir Shamanov. 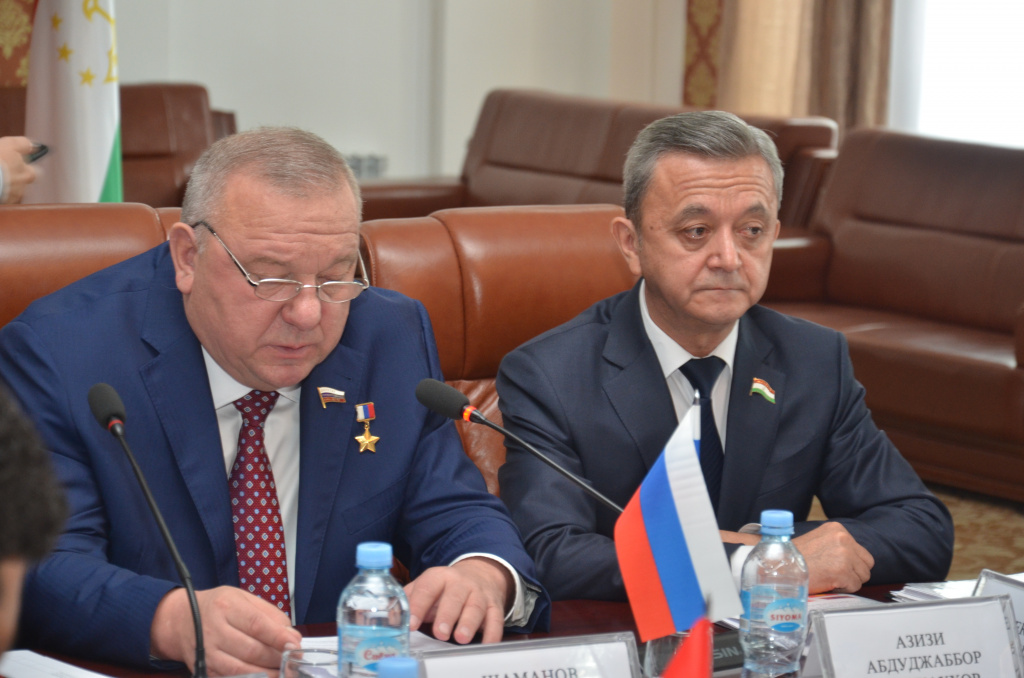 The CSTO Deputy Secretary General Piotr Tsikhanouski addressed the participants in the Coordination Meeting, who informed parliamentarians about the state and prospects of military and military-economic cooperation within the framework of the CSTO. He noted that the main efforts in the field of military cooperation in the past have been aimed at optimizing and further developing the components of the CSTO Troops (Collective Forces), their comprehensive support, management and preparation for the fulfillment of their mission. A set of measures was taken to increase the defense potential of the Organization.

“In the framework of improving the CSTO Collective Rapid Reaction Forces, the capabilities of the Organization’s member states to optimize their structure have been worked out in terms of comprehensive support for their intended use,” said Piotr Tsikhanouski. 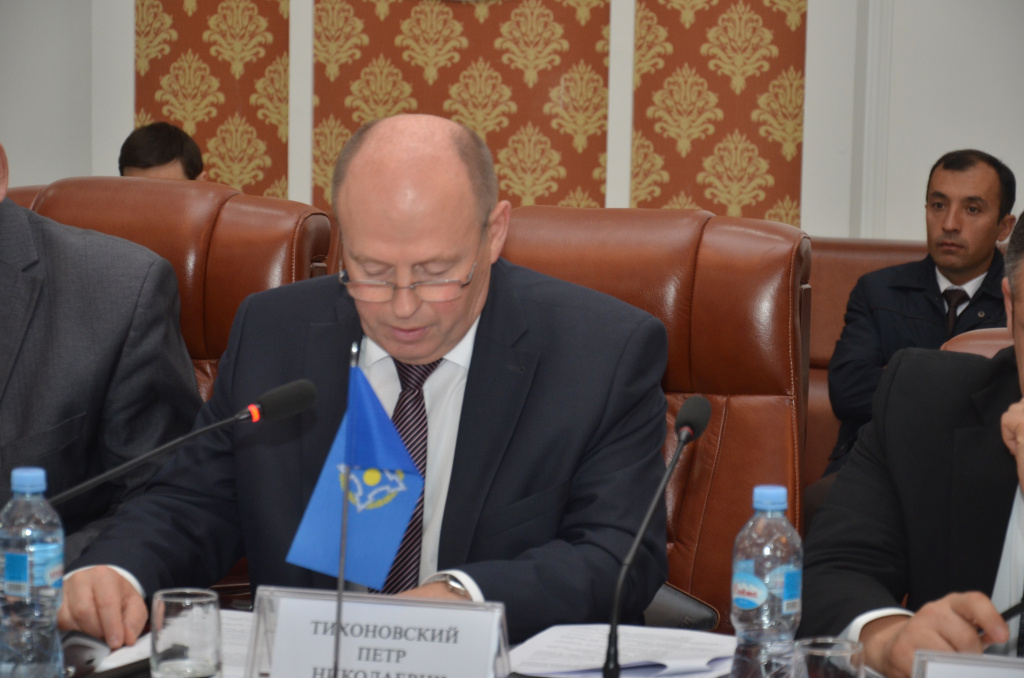 “During the reporting period, special attention was paid to improving the comprehensive support of the CSTO Troops (Collective Forces). To this end, a draft Agreement on joint material and technical and medical support of the CSTO Troops was developed and aimed at intrastate coordination, the preparation of a regulatory legal act, determining norms for the maintenance and echelonment of material stocks of the CSTO Troops (the Collective Forces) is carried out. This year, for the first time, a special "Echelon-2019" training was held with the forces and means of material and technical support for the armed forces of the member states of the Organization, ”said the Deputy Secretary General.

According to him, work continued on integrating the CSTO peacekeeping potential in UN international peacekeeping activities. To this end, in July of this year, a draft Memorandum of Understanding between the CSTO and the UN regarding the provision of resources for UN missions was prepared and sent for approval to the UN Department of Peacekeeping Operations.

Piotr Tsikhanouski said that the joint training of command and control bodies and forces of the CSTO collective security system was carried out against a single background of a conditional military-political and military-strategic situation, which made it possible to interconnect the whole range of measures to prevent (deter), resolve a border armed conflict and post-conflict settlement. Five joint trainings were conducted in a sequence that provides for the phased deployment and coordinated use of the CSTO Troops (Collective Forces) components.The results of the special trainings “Search-2019” with the forces and means of intelligence of the CSTO member states on the territory of the Republic of Belarus and the “Echelon-2019” with the forces and means of material and technical support of the armed forces of the member states of the Organization on the territory of Russia were interconnected with the preparation and conduct of a joint localization operations of a cross-border armed conflict in the East European region of collective security by the CSTO Collective Rapid Reaction Forces during the joint training “Interaction-2019". 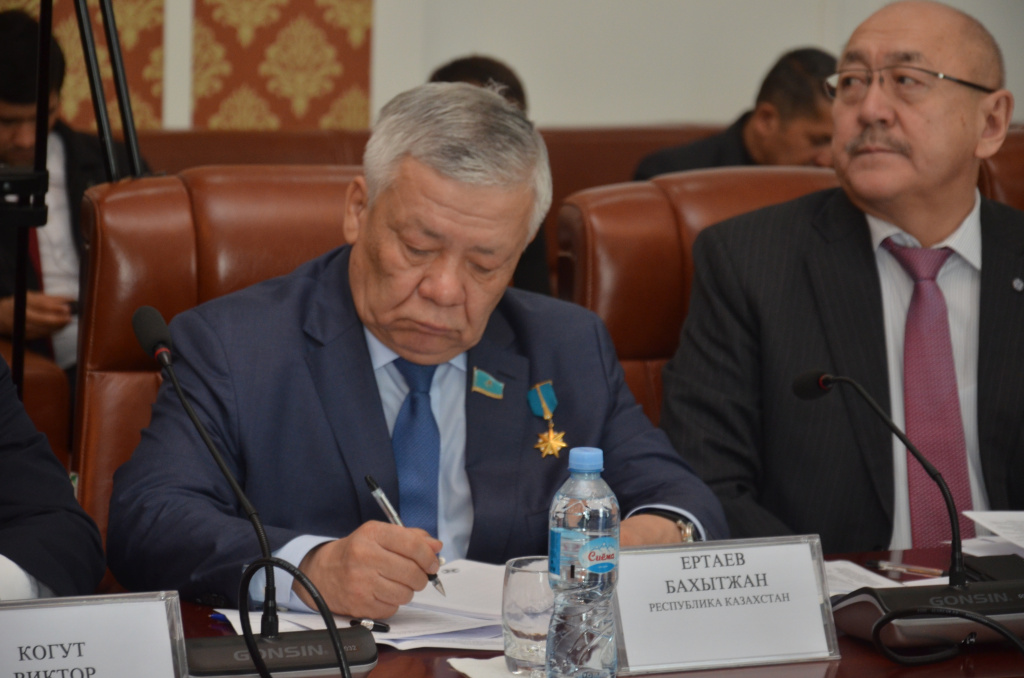 In the field of development of military-economic cooperation, CSTO Deputy Secretary General Piotr Tsikhanouski emphasized that the core of the activity is the implementation of the Military-Economic Cooperation Program of the Collective Security Treaty Organization member states adopted by the Decision of the CSTO Collective Security Council  in May 2016.

“In the framework of this, the regulatory formulation of issues of the Organization’s member states interaction in this area is continuing. In particular, the intrastate coordination of the draft Agreement on the Standardization of Arms and Military Equipment under the CSTO has finalized. After its refinement, taking into account the comments and suggestions received, the procedure for further processing this document will be defined," he said.

According to him, to coordinate work in this area by the decision of the XVIIth meeting of the ICWEC of September 12, this year, the Coordination Council for the standardization of armaments and military equipment at the CSTO ICWEC was formed. In this context, it is important to note that during this meeting, the Chairman of the Commission, Deputy Chairman of the Government of the Russian Federation, Borisov Yuri I., expressed the need to transfer the military standards created during the Soviet period and used at the present time. Based on the relevant instructions in the Russian Federation, the implementation order of this task is determined .

The creation of an interstate system of cataloging supplies for the armed forces of the CSTO member states continues.

"At present, the agenda is the development of a system for the automated processing of data on the items of supply for the armed forces, work continues," summed up Piotr Tsikhanouski. 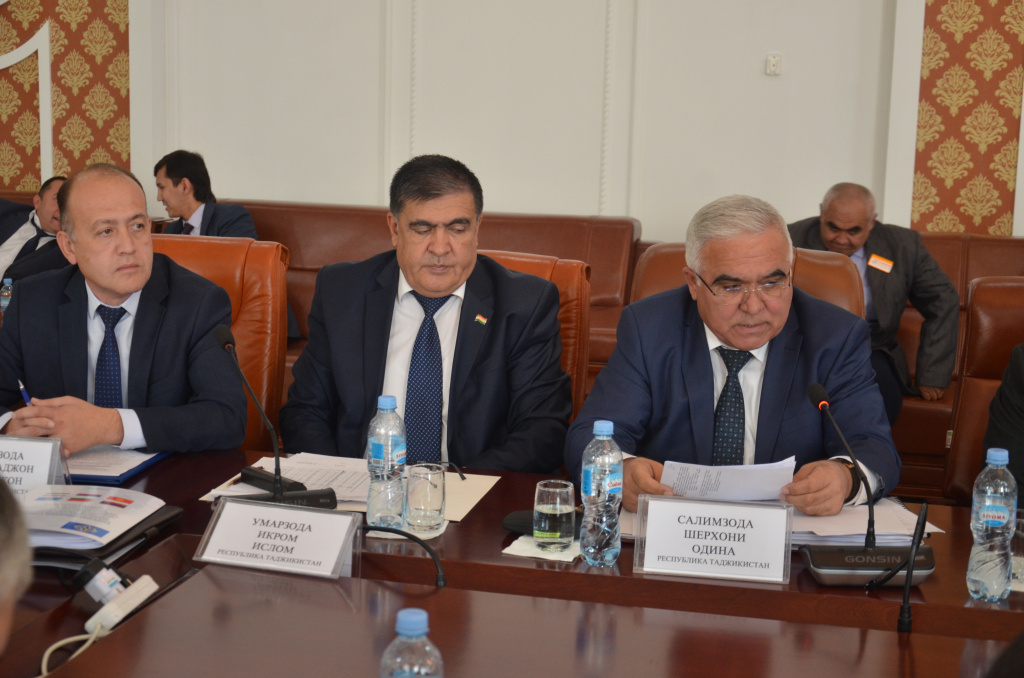 The deputy heads (ministers) of the National Security Committee, the Ministry of Defense of the Ministry of Internal Affairs, the Border guards, the director of the Drug Control Agency and the deputy chairman of the Emergency Committee of the Republic of Tajikistan in their reports assessed the military-political situation in the Republic of Tajikistan, focusing on the danger of terrorism and the narcotic threat emanating from the territory of Afghanistan, including from the side of ISIS militants, who after their defeat in Syria not without help of the Western coalition countries moved to northern Afghanistan to the border with Tajikistan province. 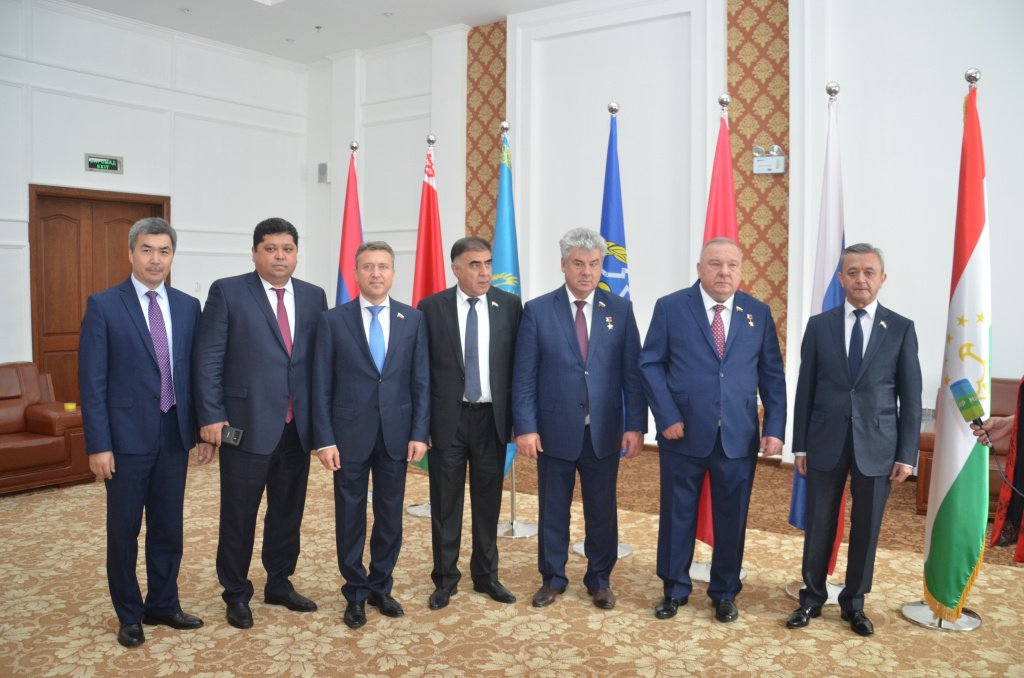