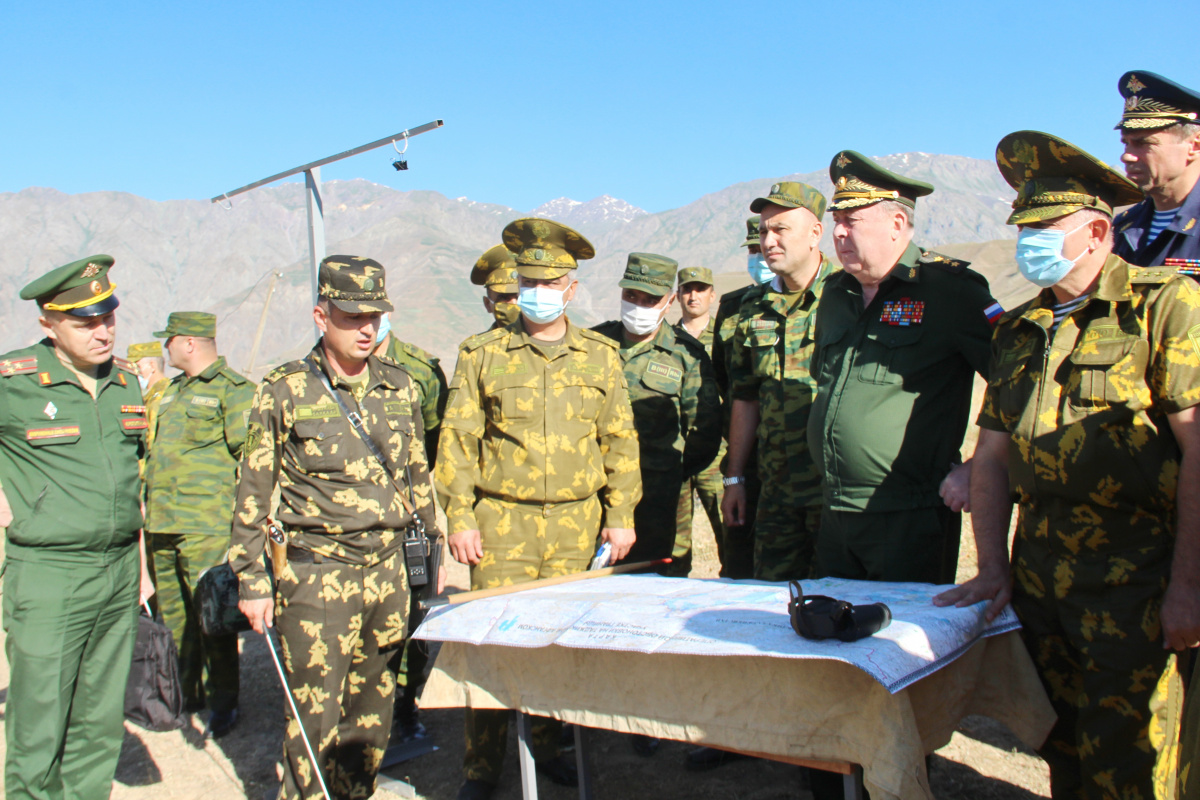 On July 8, a task force headed by Colonel General Anatoly Sidorov, Chief of the CSTO Joint Staff, flew over the Tajik-Afghan border.

The task force visited border guard detachment 9 ("Kalay-Khumb"). The group of officers was familiarized on the ground with the order of protection of the Tajik-Afghan border by the military personnel of the Border Troops of the Republic of Tajikistan, staffing of the units with personnel, weapons and special equipment. The order of interaction with units of the Armed Forces of the Republic of Tajikistan allocated to strengthen protection of the state border was studied.
The task force inspected the area of the Tajik border, where the largest number of soldiers of the government troops of the Islamic Republic of Afghanistan with weapons (over 200 servicemen) was observed crossing the border from Afghanistan.
Colonel General Anatoly Sidorov, Chief of the CSTO Joint Staff, appreciated the readiness of the Border Troops of the State National Security Committee of the Republic of Tajikistan to provide security on the Tajik-Afghan border.
The visit to the Tajik-Afghan border section allowed the task force to objectively assess the state of affairs on the ground and contributed to the development of objective proposals to reduce tensions on the Tajik-Afghan border and prepare proposals for joint measures in the CSTO format.