On June 27, at a meeting in Bishkek, the Committee of Secretaries of Security Councils of the CSTO discussed the situation in Afghanistan and additional measures taken to counter international terrorism and extremism, taken in the format of Organization 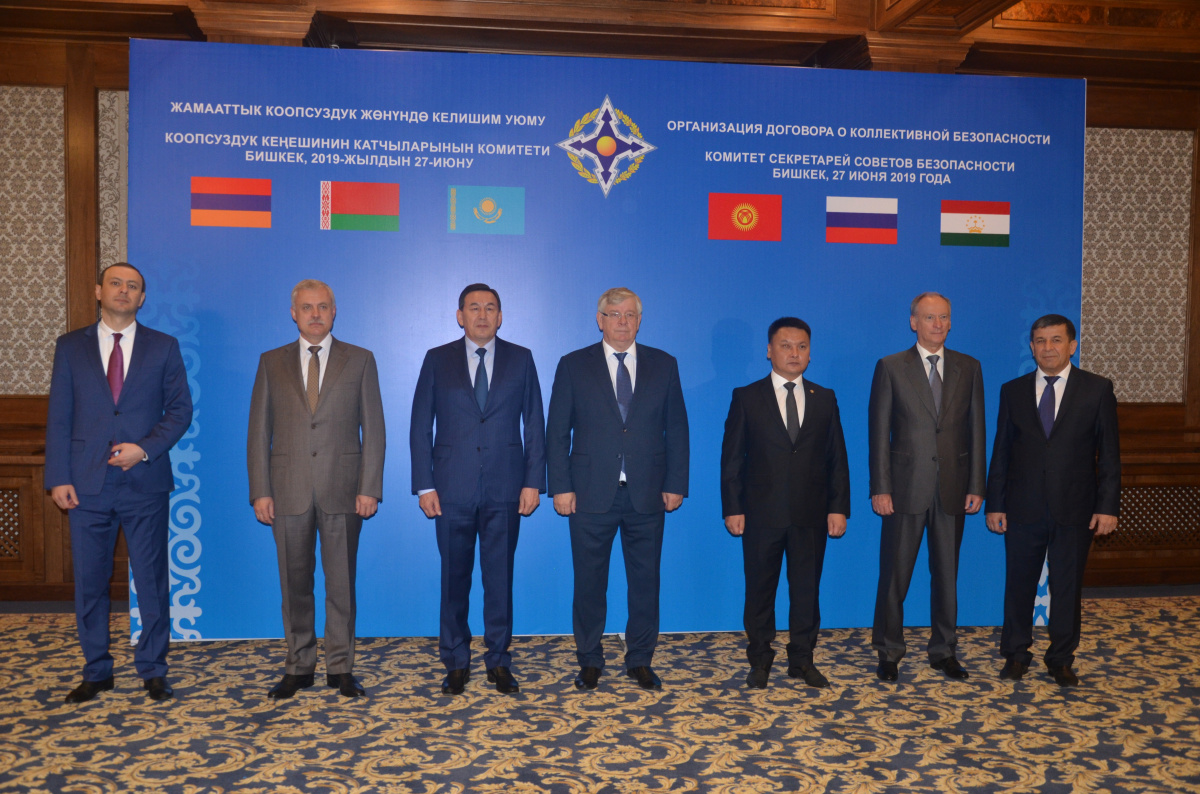 The meeting was held in a narrow and extended composition. The CSSC members discussed the challenges and threats to collective security in the current conditions, as well as additional measures to counter international terrorism and extremism in the CSTO format, which are implemented in accordance with the Decision of the CSTO Collective Security Council.

In presenting the documents, the CSTO Acting Secretary General Valery Semerikov informed about the significance of the documents being signed: 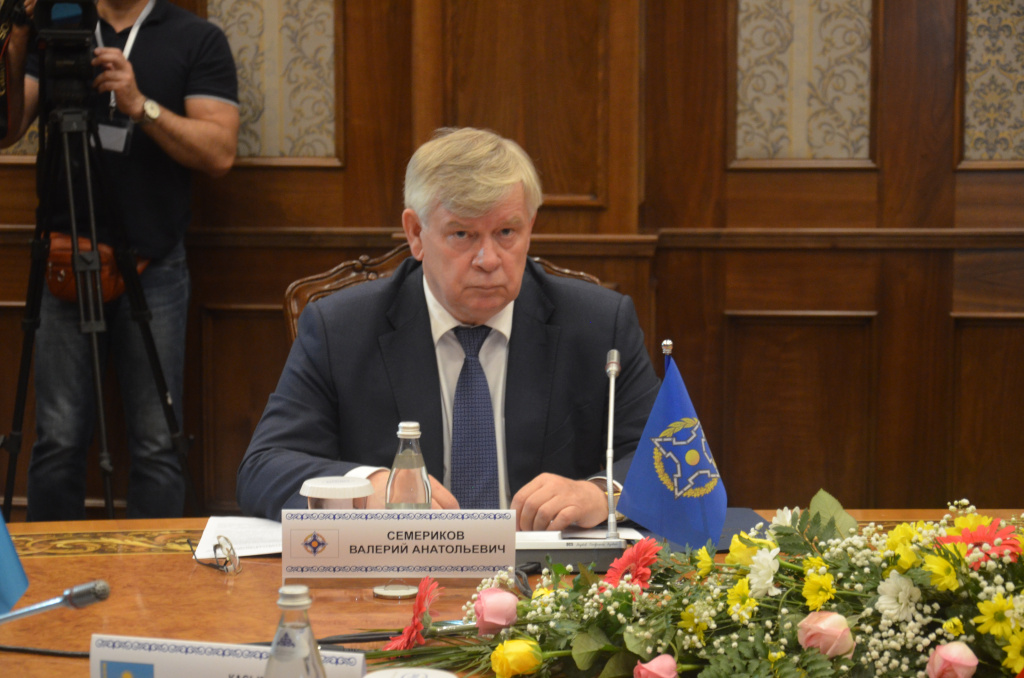 “The first document is "The list of additional measures aimed at reducing tensions in the Tajik-Afghan border area". ”Basically, it contains a set of measures proposed by states aimed at shaping a situation of stability and security in the Tajik-Afghan border area, as well as improving coordination activities of the Organization’s member states in the Central Asian region. This issue was considered in detail in a narrow composition," Valery Semerikov noted.

The next document - the draft Decision of the Collective Security Council of the CSTO “On the Regulations on the procedure for preparing and conducting joint trainings in the Organization's format” was prepared in pursuance of the Action Plan for the implementation of the basic guidelines for the development of military cooperation of the CSTO member states for the period to 2020, in order to improve the system of joint preparing the Forces (Collective Forces) of the Organization to perform tasks for their intended purpose. The order of planning exercises, the basics of their organization and preparation, the deadlines for the implementation of the main activities foreseen by the exercises, the specifics of compliance with safety requirements, the procedure for resolving international legal issues relating to the conditions of temporary stay in the territory of the host state of personnel and military emergency forces comprehensive provision of joint exercises are systematized and clarified in the proposed Regulations for approval.

The fourth document is “The consultation plan for representatives of the CSTO member states on foreign policy, security and defense issues for the second half of 2019 - the first half of 2020”. 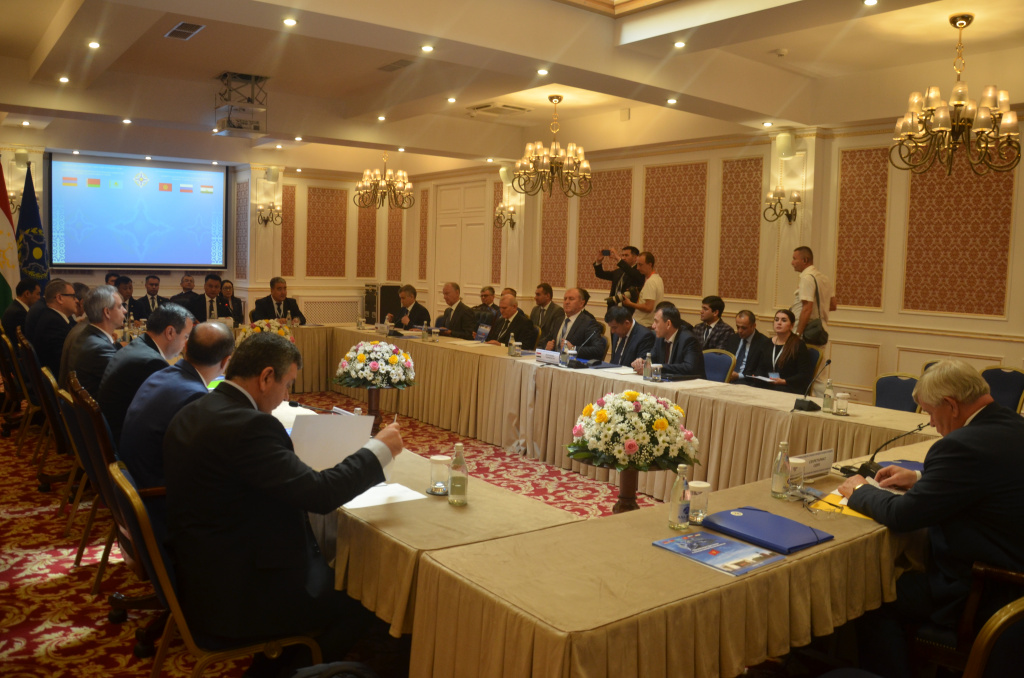 As regards countering security challenges and threats, the draft document provides for a meeting with representatives of the national focal points of the CSTO member states to discuss the results of the operational preventive measures complex "Mercenary" ("Naemnik"), consultations on the draft Agreement on cooperation of the CSTO member states in the area of combating illegal migration. Target intergovernmental program of the CSTO to strengthen sections of the Tajik-Afghan border.

As part of improving the functioning of the CSTO Crisis Response Center, a CRC Informational Cooperation Regulation was prepared, which regulates the exchange of information of the CRC with national authorities authorized to interact with the Center, as well as the nomenclature and format of information to be exchanged, the timing and method of providing them.

In order to further develop the mechanism for ensuring the security of secret information in the field of military activities in the Organization’s format, a decision “On the List of Information in the Command (Joint Command) of the coalition and (or) regional (joint) group of troops (forces) of the CSTO to be classified , as well as the proprietary information" was signed by the CMD and the CSSC . 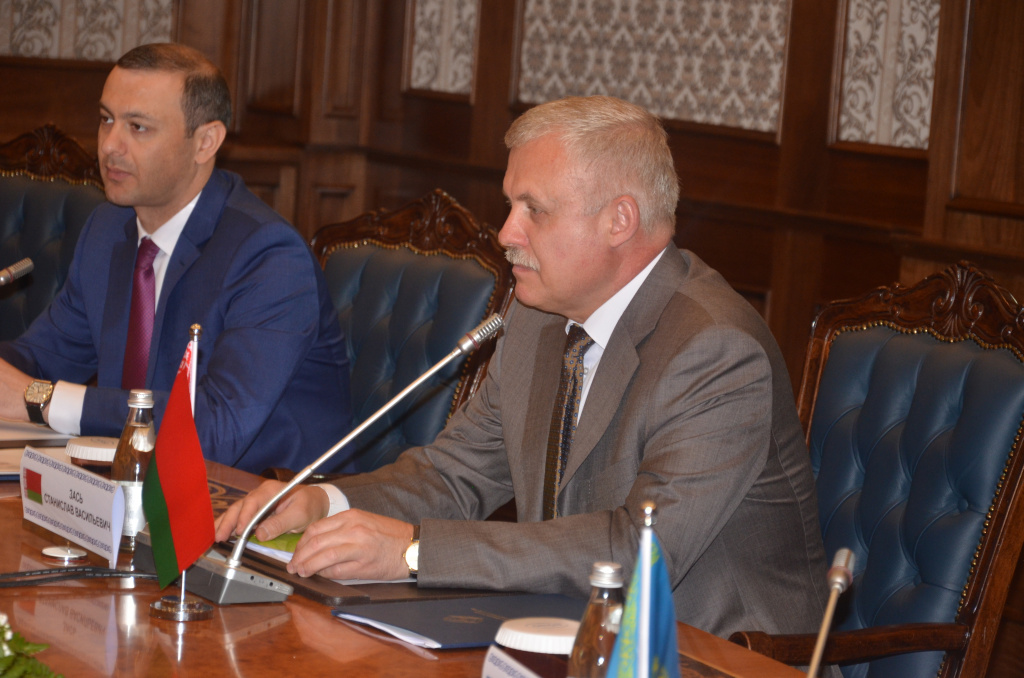 The draft List establishes categories of information containing secret and proprietary information, the disclosure of which may damage the security of the CSTO member states, as well as entail negative consequences for the combat readiness and combat capability of the armed forces of the Organization's member states.

In order to increase the readiness of the CSTO Forces (Collective Forces) to fulfill the missions for their intended purpose, a Plan for the joint preparation of the CSTO command and control bodies for the year 2020 has been developed. 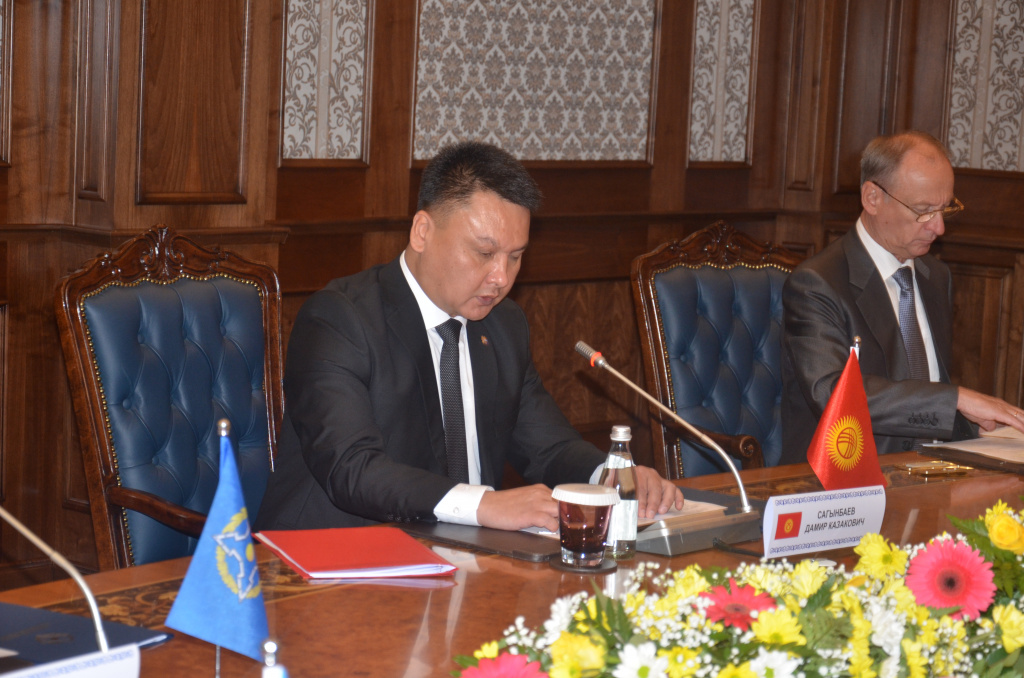 A total of 8 documents were signed.