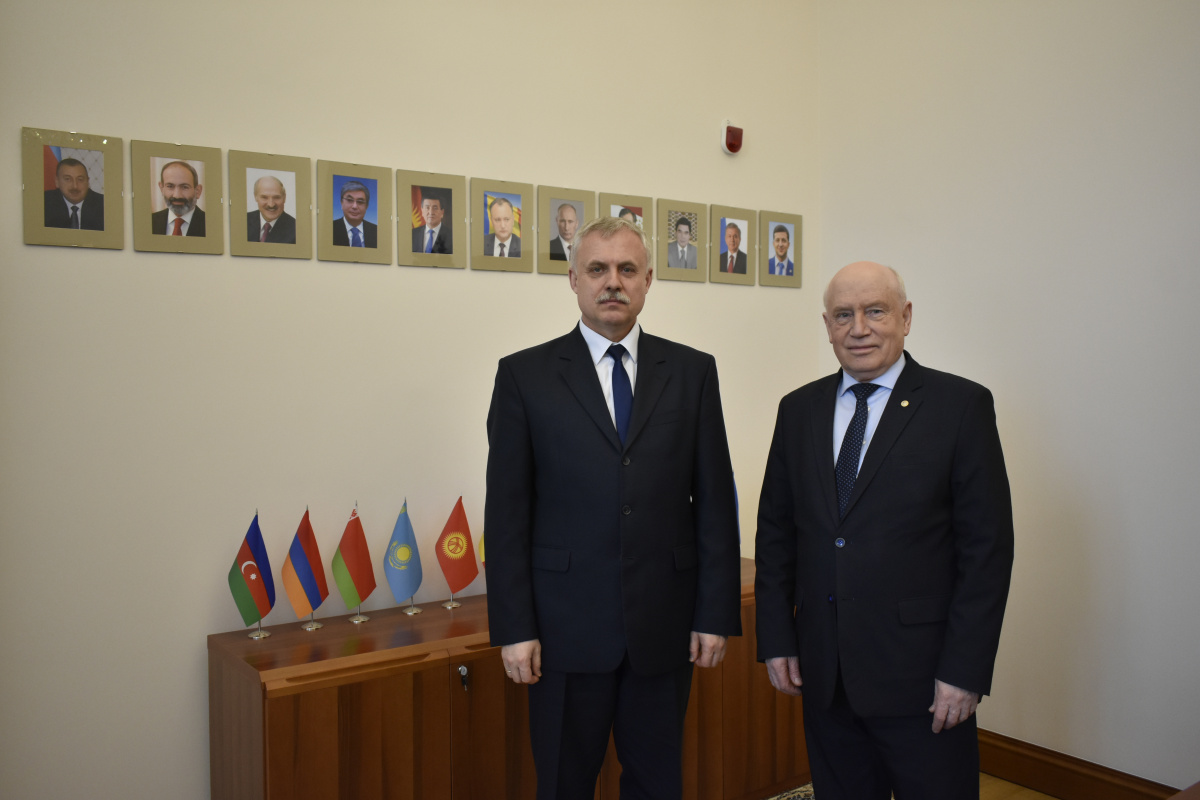 18.02.2020 On February 18, this year, in Moscow, in the Branch of the Executive Committee, a meeting was held between Chairman of the CIS Executive Committee Sergey Lebedev and Secretary General of the Collective Security Treaty Organization Stanislav Zas.

The parties discussed a wide range of issues, among which the interaction of the CSTO working bodies and the CIS Executive Committee in various areas of cooperation, exchanged views on the situation in the Commonwealth and beyond. The general opinion was expressed that it was necessary to deepen the interaction of working bodies and continue to carry out mutual exchange of information.