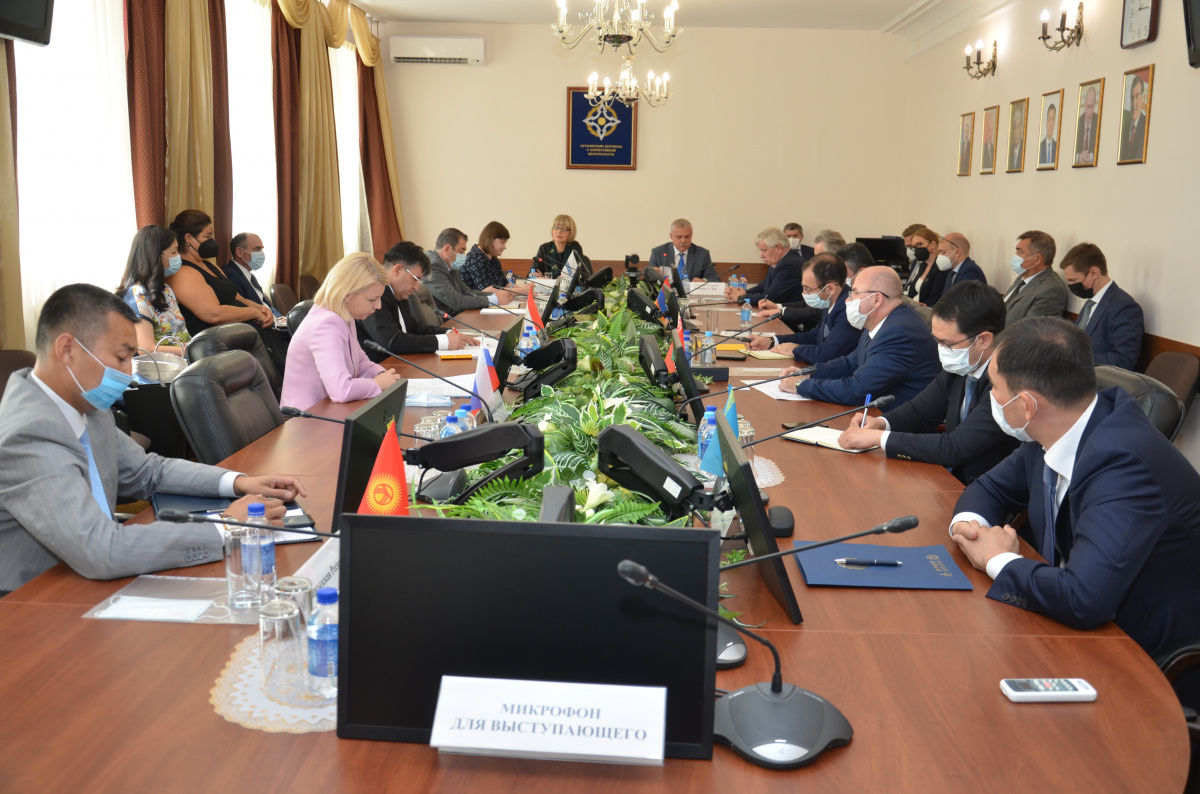 Stanislav Zas noted in his welcoming remarks that the development of constructive relations with the OSCE occupied a prominent place in the CSTO's foreign policy agenda. "The CSTO and the OSCE should strengthen their role in overcoming complex security threats in the Eurasian and Euro-Atlantic space. This will contribute to strengthening a common and indivisible Euro-Atlantic and Eurasian security community," - the CSTO Secretary General said.

He stressed that the CSTO was interested in expanding contacts and developing cooperation between the CSTO and the OSCE in foreign policy and military-political areas, as well as in combating terrorism and related extremism and drug trafficking. "The situation in Afghanistan should be the subject of special attention. We advocate the development and adoption of joint statements on Afghanistan and other issues of relevance to both organizations," Stanislav Zas said in the course of a meeting with Helga Schmid.

He noted that through the intensification of interaction, it was possible to achieve significantly greater effectiveness of efforts undertaken through both the CSTO and the OSCE.

"Challenges and threats in the field of security are not becoming fewer, the fight against them must unite our organizations. In the current circumstances, despite the growth of confrontation and, in fact, the narrowing or even blocking of a number of important channels of communication in Europe, we believe that it is the OSCE, its institutions created to seek opportunities for conflict prevention, monitoring and assistance in conflict resolution, that remain the platforms where difficult dialogue continues," the CSTO Secretary General summarized.

Helga Schmid recalled that at the OSCE Forum for Security Cooperation on June 9, this year, the need to develop dialogue in securing borders in order to counter terrorism and organized crime, as well as to combat drug trafficking, was mentioned.

Summarizing the meeting and Helga Schmid's speech at the meeting of the CSTO Permanent Council, the CSTO Secretary General said that the CSTO and the OSCE would also work to strengthen cooperation in the field of border protection and combating crime in the information sphere. "Today the need to develop cooperation in other areas was mentioned: border protection, suppressing cybercrime - this is a very relevant topic, which we are already dealing with," Stanislav Zas said.

"We intend to continue to hold meetings at such a high level. We should increase mutual participation in each other's events. We are ready to increase the participation of the OSCE representatives in our events: both in the military and in other areas of security," the CSTO Secretary General summed up.