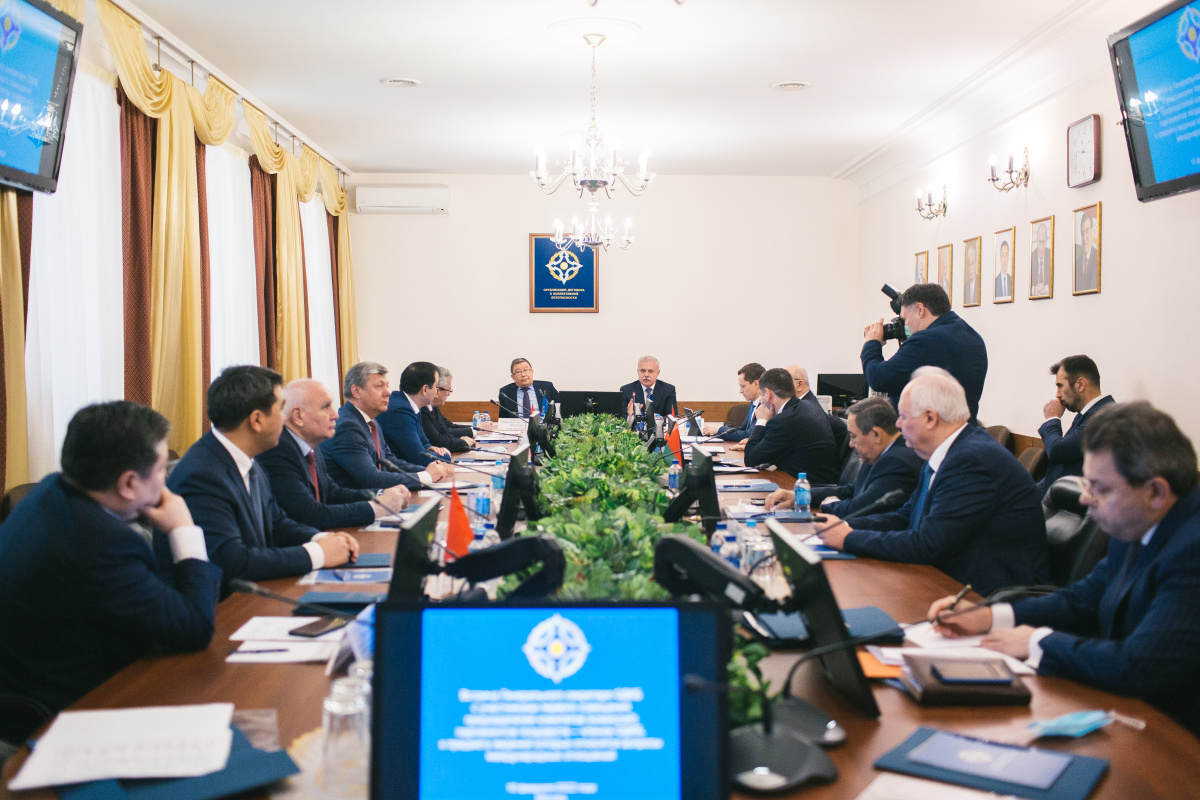 On February 10, this year, at the CSTO Secretariat, the CSTO Secretary General Stanislav Zas met with participants of the first meeting of chairmen of committees (commissions) of parliaments of CSTO member States, whose competence includes issues of international relations. An interesting and detailed discussion was held on the whole range of security problems faced by the CSTO member States. Measures to counter them in the parliamentary format were also considered.

The CSTO Secretary General drew attention to the importance of developing the CSTO force component, noting in this regard the organization's plans to hold a series of large-scale trainings. "The idea behind these trainings is to counter the entire range of military and terrorist challenges and threats," Stanislav Zas said. At the same time, he recalled the unconditional priority of political measures in the activities of the Organization.

In the context of expanding political cooperation, the Secretary General mentioned the CSTO's successful promotion of dialogue with international organizations such as the UN and the OSCE. In particular, he informed about his participation in the upcoming meeting of the UN Security Council on February 16 this year, during which it is planned to consider the development of relations between the two associations. Stanislav Zas also provided details of the 28th meeting of the OSCE Ministerial Council in Stockholm in December 2021 and his meeting with the OSCE Secretary General Helga Schmidt as margin notes of this event.

In the course of the speeches and the discussion that followed, representatives of the legislative assemblies of CSTO member States presented the positions of the parties on the issues under discussion. The participants of the meeting highly appreciated the activities of the Organization, including the results of the collective peacekeeping mission in the Republic of Kazakhstan. The parliamentarians spoke in favor of further strengthening the system of collective security and made several concrete proposals.