The Secretary General of the Collective Security Treaty Organization Stanislav Zas sent greetings to the heads of state and government of the CSTO member states on the occasion of the 75th anniversary of the Great Victory in the Great Patriotic War of 1941-1945.

“Today, in the Collective Security Treaty Organization member states, they pay tribute of respect to veterans and bow their heads to the memory of those who gave their lives for the freedom and independence of their Homeland, who valiantly fought for Moscow and Leningrad, Stalingrad and Kursk, who liberated the countries of Europe and took Berlin ”, the greeting says.

According to the CSTO Secretary General, the May 9 Victory Day is dear to everyone as a symbol of the valor of the Fatherland defenders, their unity and strength of the national spirit. This great holiday, common to all, is a symbol of the unity of peoples before the threat of the fascism, their whole-hearted deed on the battlefields and selfless labor in the home front.

“We are proud of our fathers and grandfathers, who rid the world of Nazism, and cherish the memory of their feat. We remember those who met their demise in battles, and those who helped to reach the Great Victory in the home front with their heroic labor, ” he emphasized.

Stanislav Zas noted that this year the celebration of the Victory Day took place in an environment where humanity was facing a coronavirus pandemic and intensifying attempts to undermine the foundations of the world order that 75 years ago were won by victorious states to rid future generations of the scourge of war. “Under these conditions, increasing the contribution of the Collective Security Treaty Organization to counteracting the distortion of the historical truth about the World War II and imposing the substitution of international law with certain established rules of international communication comes into sharp focus,” the CSTO Secretary General said in his greeting. Keeping the memory of the feat of our peoples, we make a point of honor to uphold the historical truth about the Great Patriotic War, to suppress attempts to rewrite history and the glorification of fascism.

The CSTO Secretary General emphasized that the peoples and states faithful to this memory and united in the Collective Security Treaty Organization, were making tireless efforts to maintain peace and stability, to counteract the machinations of those who, in their selfish interests, were trying to undermine the foundations of a stable world order, to replace universally recognized norms and principles of international law with their own “rules of the game”, to destroy the peace-supporting legal framework.

“I am sure that the joint actions of our peoples and our CSTO member states will allow us to block dangerous trends in the international situation, strengthen our common security, make a significant contribution to maintaining peace and strengthening international security,” the congratulation notes.

“The memory of citizens of the member states of the Collective Security Treaty Organization will forever remain those who did not return from the battlefields, defended and upheld the freedom and independence of their Homeland. We pay tribute to surviving veterans and make it a point of honor to commemorate the Great Victory, ” CSTO Secretary General Stanislav Zas said.

Congratulations on the celebration of the 75th anniversary of the Great Victory were also sent to the ministers of foreign affairs, the heads of defense departments and the secretaries of the security councils of the CSTO member states. 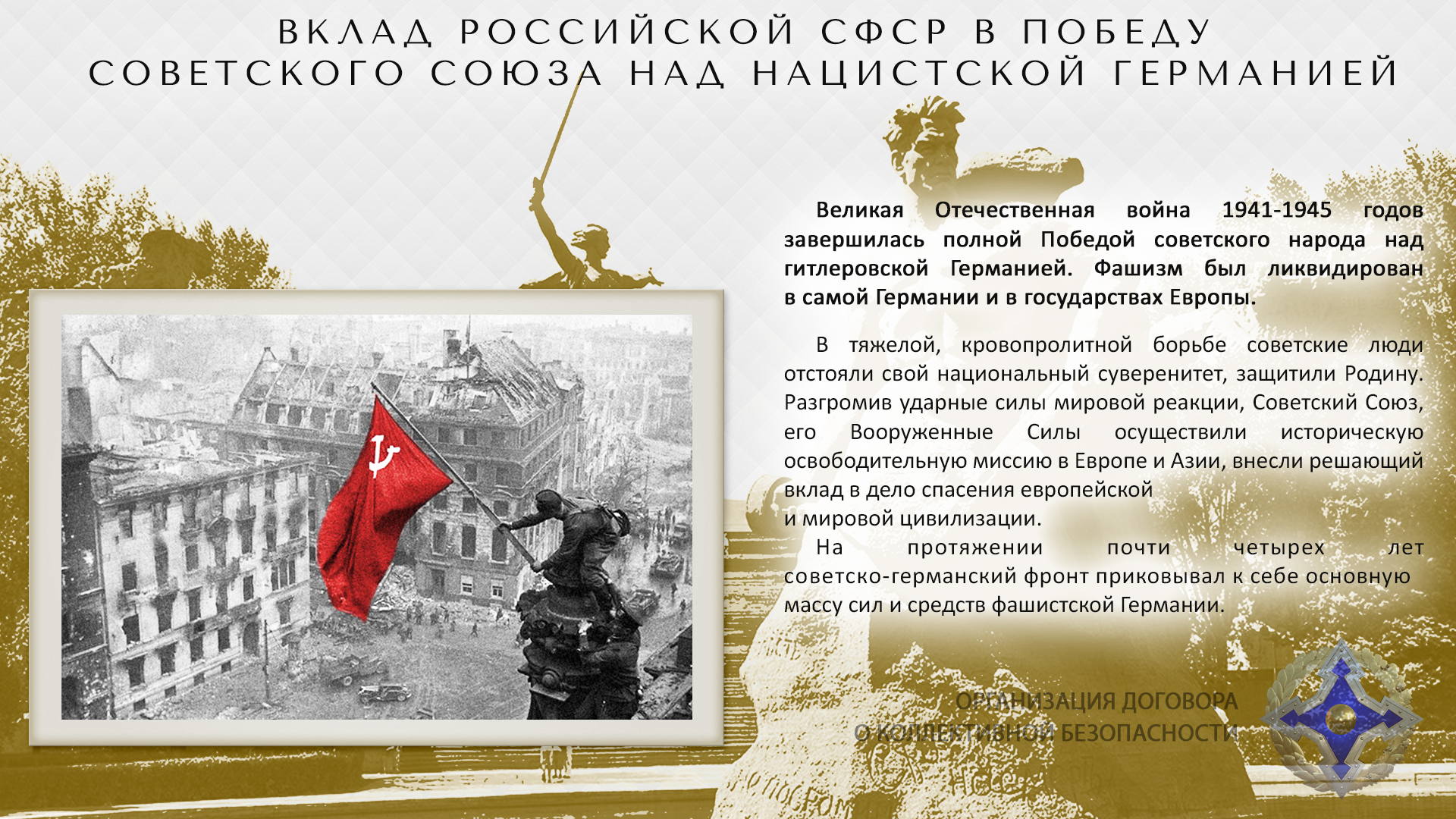