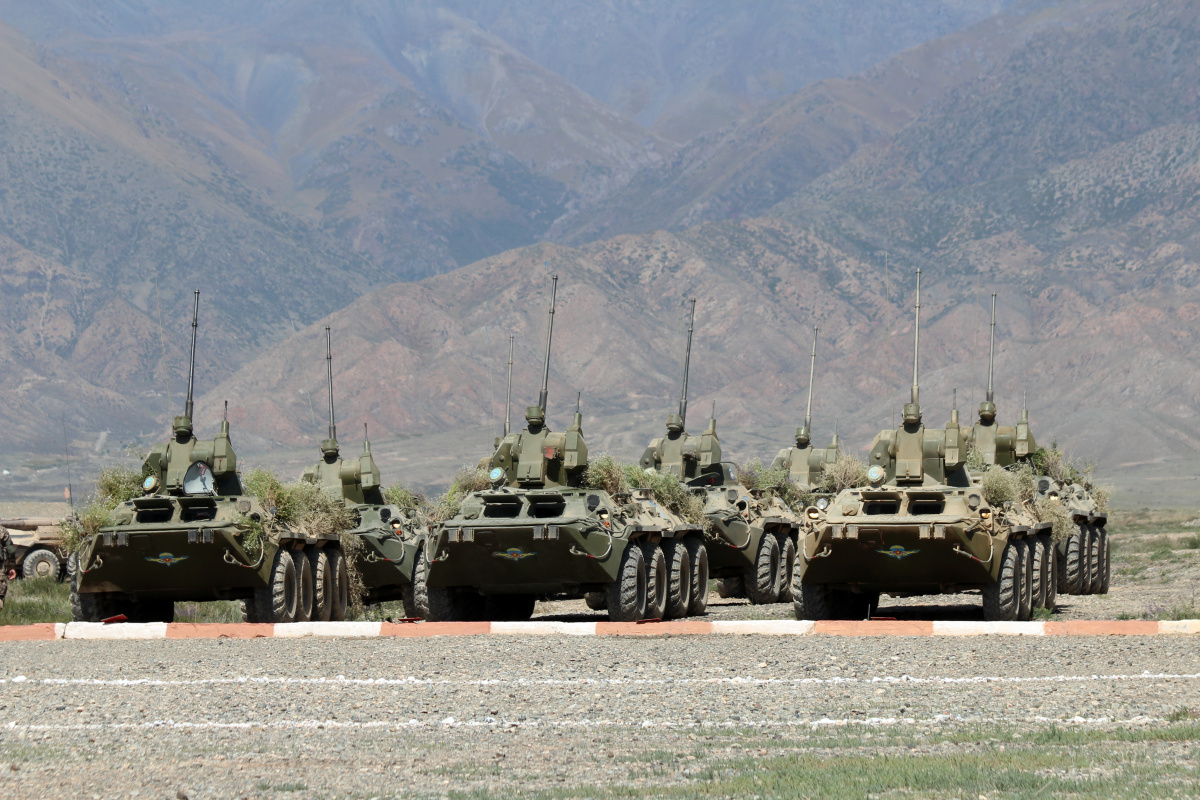 From October 10 to 21, 2022, joint training "Rubezh-2022" with the Collective Rapid Deployment Forces of the Central Asian region is held on the territory of the Republic of Tajikistan.

The subject of the training is "Preparation and conduct of combat operations by the CRDF CAR on destroying illegal armed groups invading the territory of a CSTO member state”.

The active phase of the training will take place at the “Harbmaidon” training range from 17 to 21 October.

Military contingents of the member states of the Central Asian region of the CSTO, task forces of the CSTO Joint Staff and the CSTO Secretariat will take part in the training.

It is planned that the total number of training participants in the Republic of Tajikistan will be about 1,000 people and more than 300 units of military and special equipment, including aircraft, helicopters and strike drones.

The CSTO member states of the Central Asian region of collective security include in national formations (contingents) of the Collective Rapid Deployment Forces military formations, units and subunits of the armed forces and other troops, formations and bodies in which military service is stipulated, equipped with highly mobile military equipment, interoperable weapons and communication systems, as well as combat, logistics and technical support units and groups of civil specialists.

The main tasks of the Collective Rapid Deployment Forces of the Central Asian region of collective security are to participate in repelling external military aggression and conducting joint counterterrorist operations.

These tasks are carried out in the form of general and special combat operations of the Collective Rapid Deployment Forces of the Central Asian region of collective security according to a unified concept and plan.