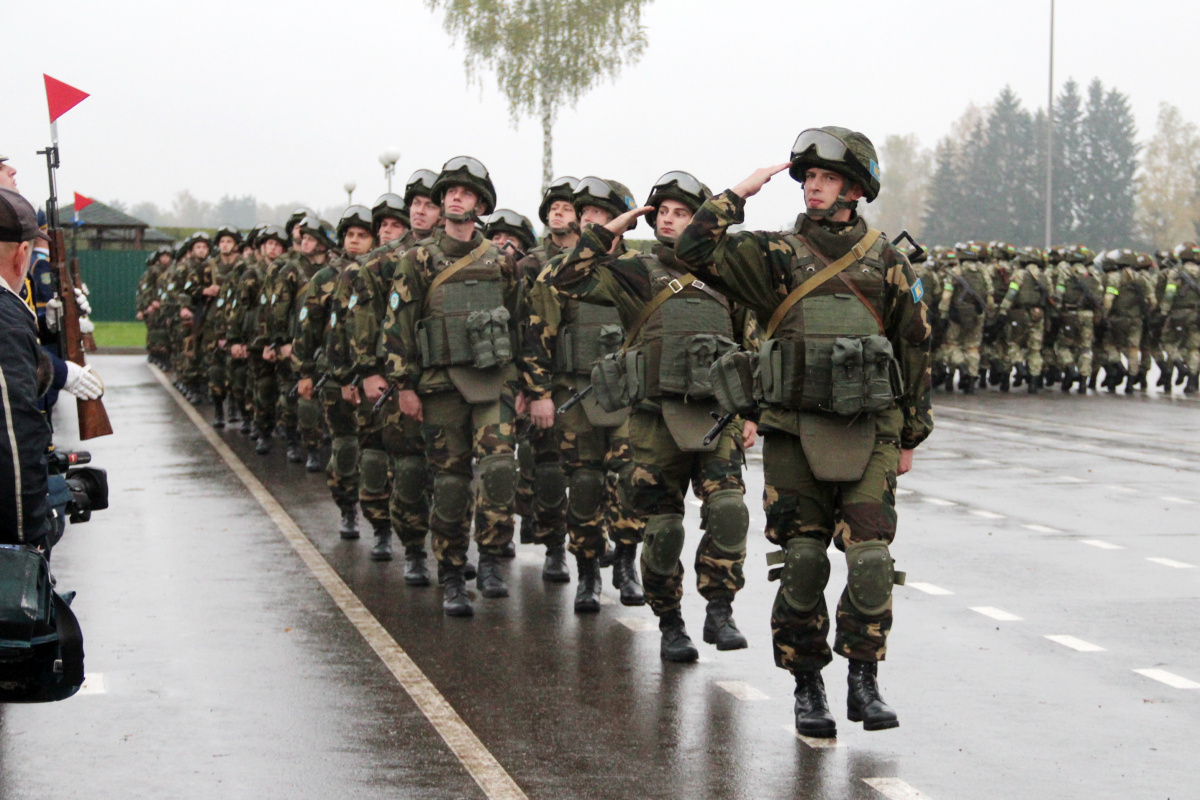 At the “Losvido” training ground in the Vitebsk region of the Republic of Belarus, the command and staff training “Indestructible Brotherhood-2020” was opened with the Peacekeeping Forces of the Collective Security Treaty Organization on the topic “Preparation and conduct of a peacekeeping operation by the CSTO Collective Peacekeeping Forces”. (Photo gallery)

Opening the training, Major General Alexander Volfovich, the Chief of the General Staff of the Armed Forces of the Republic of Belarus - First Deputy Minister of Defense of the Republic of Belarus, noted that the training would be held in two stages. "The issues of organizing, preparing and conducting a peacekeeping operation in one of the collective security regions will be worked out. The training will become a strategic deterrence within the framework of the difficult situation that is developing in the world and, in particular, on the territory of the post-Soviet countries," he stressed.

The Chief of the CSTO Joint Staff, Colonel-General Anatoly Sidorov, speaking at the opening ceremony of the training, noted that the main goal of the “Indestructible Brotherhood-2020” training was to improve the knowledge, skills and abilities of the military personnel who were part of the CSTO Collective Peacekeeping Forces. "They are represented not only by the military departments. Representatives of other law enforcement agencies, the National Guard, the ministries of emergency situations take part in the training. It is important to organize interaction between them according to common plans and common goals. There is absolute certainty that the multinational command of the CPF formed within the framework of the training will also successfully cope with the assigned tasks," Anatoly Sidorov said.

The training "Indestructible Brotherhood-2020" is planned. It is carried out in accordance with the Plan for joint training of governing bodies and formations of assets of the CSTO collective security system for 2020. "The organization and conduct of these events is carried out in accordance with the regulations on the procedure for preparing and conducting joint training in the CSTO format, approved by the decision of the CSTO Collective Security Council dated November 28, 2019. It involve contingents of the CSTO member states, operational groups of the Joint Staff and the CSTO Secretariat, police (militia) forces and units of the ministries of emergency situations (civil defense and emergency situations).

The training under the leadership of the Commander of the Special Operations Forces of the Armed Forces of the Republic of Belarus, Major General Vadim Denisenko, involves the contingents of the CSTO member states, operational groups of the CSTO Joint Staff and the CSTO Secretariat, police (militia) forces and rescue sections. The total number of participants in the training is over 900 people and over 120 units of military and special equipment, incl. helicopters and strike drones. Representatives of the International Committee of the Red Cross participate as observers.

1. Improving the practical skills and abilities of commanders and staffs of all levels in the preparation of a peacekeeping operation and the management of military units (subunits) of the CSTO Collective Peacekeeping Forces in the course of carrying out peacekeeping tasks;

2. Improving the teamwork in action of peacekeeping contingents of the CSTO member states for active, skillful and decisive actions to fulfill their tasks in a peacekeeping operation;

At the first stage of the training, preparations for a peacekeeping operation will be carried out by the CSTO Collective Peacekeeping Forces (CSTO CPF).

The peacekeeping contingents of the CSTO member states start working out actions to monitor compliance with the ceasefire agreement and the actions of the population in the zone of responsibility, perform tasks to assist in the restoration of peaceful life in the territories affected by the clashes, as well as to control traffic, prevent illegal import and the export of military equipment, weapons, ammunition and explosives. In cooperation with the militia (police) personnel, they will work out the actions of the CSTO CPF units in the implementation of tasks to counter mass riots.

The composition, structure and strength of the Collective Peacekeeping Forces are determined by the decision of the CSTO Collective Security Council for each peacekeeping operation separately, based on the scope of tasks to be solved and the specific situation in the conflict zone.