"Sputnik-Armenia”: I expect that the assistance package for the Republic of Armenia will be adopted after it is finalized - S. Zas 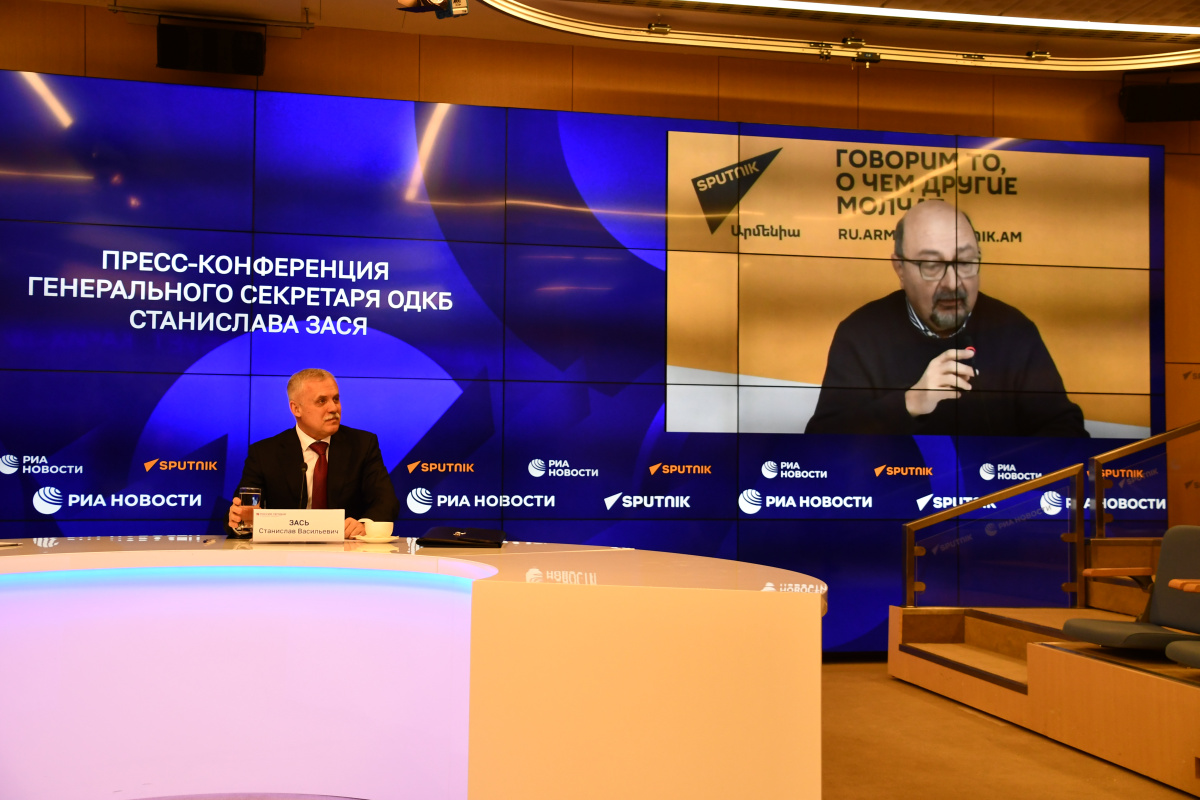 According to the CSTO Secretary General, a statement by the CSTO CFM in support of efforts to achieve peace in the South Caucasus is also in the process of being finalized.

The CSTO Secretary General Stanislav Zas expressed the hope that the assistance package for the Republic of Armenia would be adopted after being finalized by the CSTO countries. He said this at a press conference at the Sputnik Armenia multimedia press center in the format of a Moscow-Astana-Bishkek-Yerevan-Minsk video bridge.


Zas noted that a monitoring mission led by the Secretary General and the Chief of the Organization's Joint Staff had worked in the Republic of Armenia on behalf of the heads of state. The Secretary General noted the rapidity achieved during the September events.

"On September 13, there was fierce fighting on the border between Armenia and Azerbaijan. On the same day, the heads of states met online to hold a session of the Collective Security Council to discuss the situation. There it was also decided to hold a monitoring mission in the Republic of Armenia," Zas said.

He noted that a day later the plane landed in Yerevan with the advance team. Subsequent events, he said, demonstrate that the CSTO can work quickly and efficiently.


"I would still like to expect that after the appropriate elaboration we will come up with a package solution of two important complementary documents - the decision of the Collective Security Council on assistance to the Republic of Armenia and the statement of the CSTO CFM in support of efforts to achieve peace in the South Caucasus," Zas said.

He noted that the main goal of the CSTO in the current circumstances was to ensure the security of the member states and increase their cohesion. At the same time, political and diplomatic measures to proactively respond to emerging challenges and threats remained a priority.

It should be noted that the summit of the CSTO leaders was held in Yerevan on November 23. The summit failed to sign two documents - a declaration and a statement on assistance to the Republic of Armenia.

The Prime Minister of the Republic of Armenia said that he refused to sign them because the organization refused to give a political assessment of the Azerbaijani aggression.