20.10.2021
“MIR-24” TV channel: Detect and destroy: the CSTO trainings are held in the south of the Republic of Tajikistan
08.09.2021
The RT Television Channel - "A Qualitatively New Level of Training": What tasks the CSTO troops achieve at the "Rubezh-2021" training in the Kyrgyz Republic

The CIS coalition shield – what is it: a guarantee or an illusion? | COMMONWEALTH 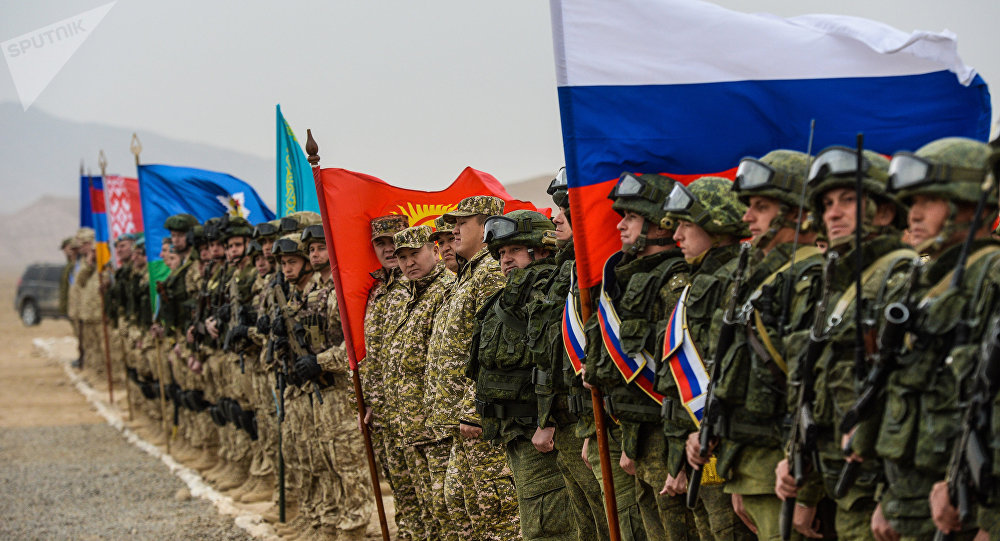 National security is an integral part of the sovereignty and independence of any state. Even Napoleon in his days rightly noted that those who were reluctant to feed their own army should feed a foreign army. Not all countries can solve the problem of securing their borders on their own with their own resources. And so they enter into various unions and alliances of a military nature.
The Collective Security Treaty Organization (CSTO) was founded on October 7, 2002 as a result of the signing of a corresponding agreement in Chisinau in order to protect the member states from any aggressive influences against them. Currently, the members of the organization are the Republic of Armenia, the Republic of Belarus, the Republic of Kazakhstan, the Kyrgyz Republic, Russia and the Republic of Tajikistan.
One of the most important decisions of the CSTO was the creation of the Collective Rapid Deployment Forces (CRDF), which have positively proven themselves in the organization's repeated joint trainings. They showed a high level of combat training and good coordination of actions of the CRDF.
The CSTO, like any ambitious international organization, is interested in the acquisition of new members in its ranks. Participation in this promising bloc promises potential newcomers many preferences: the possibility of joint development in the defense sphere, modernization of its own armed forces and the military-industrial complex, and reliable protection of its own borders.
The latter is the most important, since there are many areas of concern in the CSTO's zone of operation that risk escalating into large-scale military conflicts. Afghanistan, which is the main source of problems in Central Asia, stands apart here. It is from there that the great threat comes in the form of drug trafficking and international terrorism. The government of this country is trying to solve its problems, including with the help of the CSTO, where Afghanistan is already listed as an observer. And certain successes, in the form of reducing drug trafficking to Europe and reducing terrorist tensions, have already been achieved.
One of the key provisions of the organization is that aggression towards one member is equivalent to an attack on the entire bloc. In this regard, both the situation in Central Asia and the "flashpoint areas" in the Middle East only increase the importance of the CSTO for the organization's neighbors in these regions. It is especially important for them to work closely with the CSTO. After all, alone they will not be able to withstand the threats hanging over them.
The CSTO is a very organic formation and its members have never conflicted with each other. Also, not a single act of aggression against other states was recorded during the entire existence of this bloc. Nevertheless, the organization seeks to build up its potential and develop, work is underway to attract new members to its ranks. The CSTO, due to its geographical position, acts as a kind of gateway between Europe and Asia. And given everything that is been happening within the territory of the former Soviet Union in recent years, it is extremely important for the whole of Eurasia that this gateway remains strong and in safe.