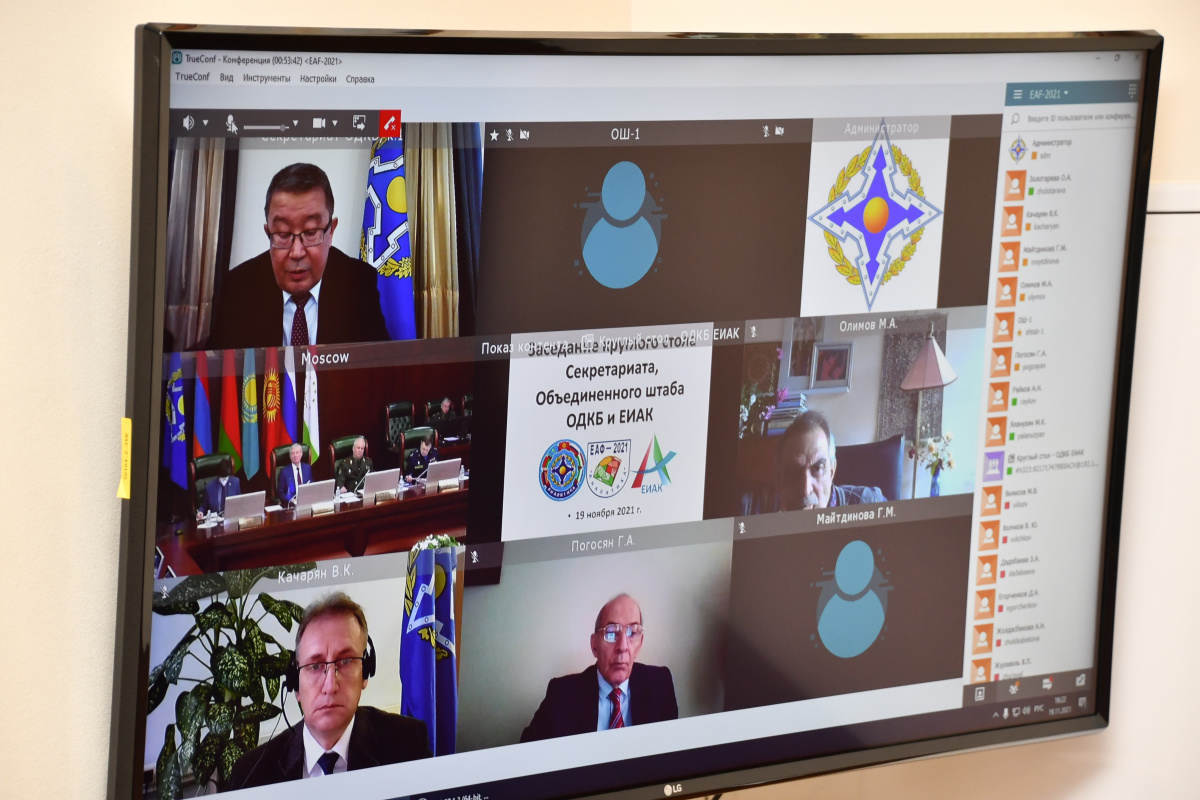 He informed about the Organization's crisis response system

1On November 19, 2021, the CSTO Deputy Secretary General Samat Ordabaev took part in the round table "Eurasian security analytics: state, problems, solutions", which was held in the framework of the II Eurasian Analytical Forum, in the course of which he made a presentation on the topic: "On the crisis response system to ensure collective security of the CSTO member States and its development".

S. Ordabaev has informed about the key provisions of the Organization's statutory documents, stressing that initially the CSTO was conceived as an association designed only to ensure the protection of the member States from external aggression. However, due to changing military-political and other realities affecting the level of security, through the efforts of its member States, the CSTO was transformed into a multifunctional structure that provides protection for its member countries from all types of modern challenges and threats. 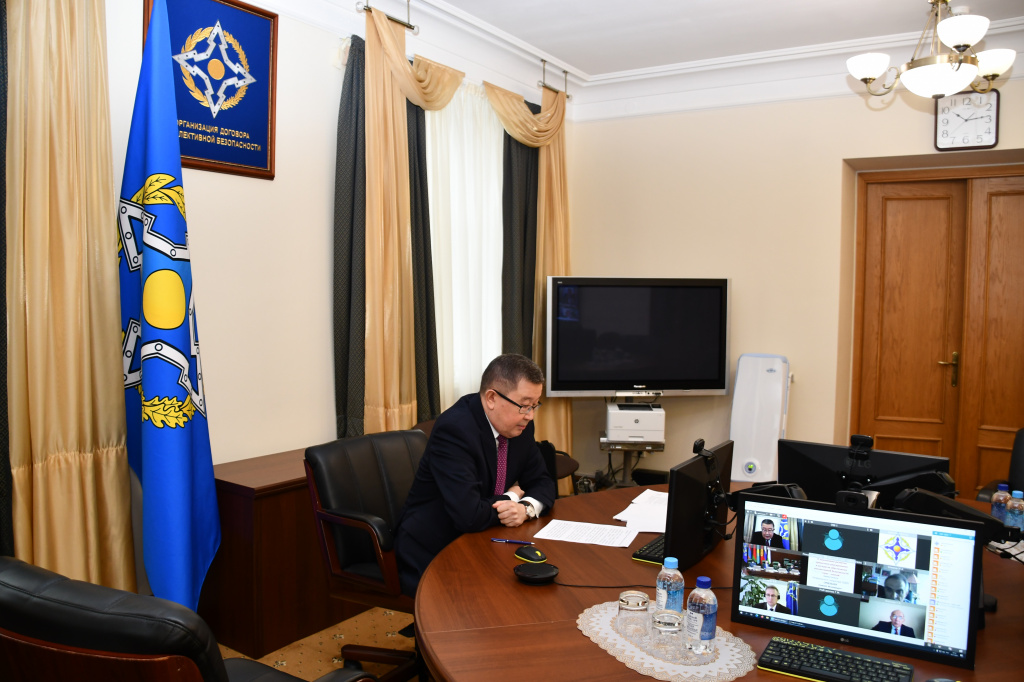 As the main document regulating the Organization's activities in cases of circumstances that threaten the security of its member States, the Deputy Secretary General of the Organization named the CSTO Regulations on the Procedure of Response to Crisis Situations.

"The above-mentioned Provision have introduced clarifications into the mechanisms of the CSTO functioning, which ensure their applicability in possible crisis and emergency situations in the member States of the Organization, the essence of which comes down to the optimization of algorithms for making anti-crisis decisions, as well as operational provision of logistical and humanitarian aid, information and political support in case of crisis situations in the area of the Collective Security Treaty," Samat Ordabaev explained.

The CSTO Deputy Secretary General specified that the document provided for the adoption of anti-crisis decisions in a limited format by the interested member States, as well as the possibility of urgent consultations and decision-making, including through videoconferencing.

According to S. Ordabaev, "one of the key elements of the CSTO crisis response system is the monitoring of the military-political and military-strategic situation in the CSTO zone of responsibility and on its periphery in order to detect signs of the emergence and development of crisis situations in a timely manner”. In this regard, he noted the functioning of the Crisis Response Center on the basis of the Organization's Joint Staff, designed to improve the efficiency and quality of information-analytical and organizational support for decision-making by the CSTO statutory bodies to prevent (resolve) crisis situations.

"The current development of the situation in Afghanistan is seen as a serious threat to the security of the Organization. In this regard, at the extraordinary session of the CSTO Collective Security Council held on August 23, this year, a number of tasks were set aimed at the development and implementation of joint actions to prevent the further spread of crisis phenomena from the territory of the IRA," the CSTO Deputy Secretary General noted.

In this regard, S. Ordabaev said that "in case of a sharp aggravation of the situation in the CSTO Crisis Response Center it is planned to create a task force to monitor the dynamics of the current situation and the situation at the border in cooperation with the competent authorities of the CSTO member States.

The Deputy Secretary General of the Organization noted that with this purpose it was planned to strengthen the CSTO Troops (Collective Forces), and measures were being considered to strengthen the Tajik-Afghan border, the creation of material reserves in the territory of the CSTO member States to ensure high readiness of the CSTO Collective Forces and the implementation of humanitarian measures in relation to possible refugees.

S. Ordabaev emphasized the fact that the CSTO leadership and experts were constantly working to refine and improve their response to crisis situations. In particular, he mentioned the joint business game conducted by the Secretariat, the Joint Staff and task forces of interested ministries and agencies of the CSTO member States on the basis of CSTO CRC from September 28 till October 2, this year. The subject of the game was a crisis that occurred in a conditional state of Central Asia region. In the course of the game, collective measures of a political and military nature were practiced in order to resolve the situation.