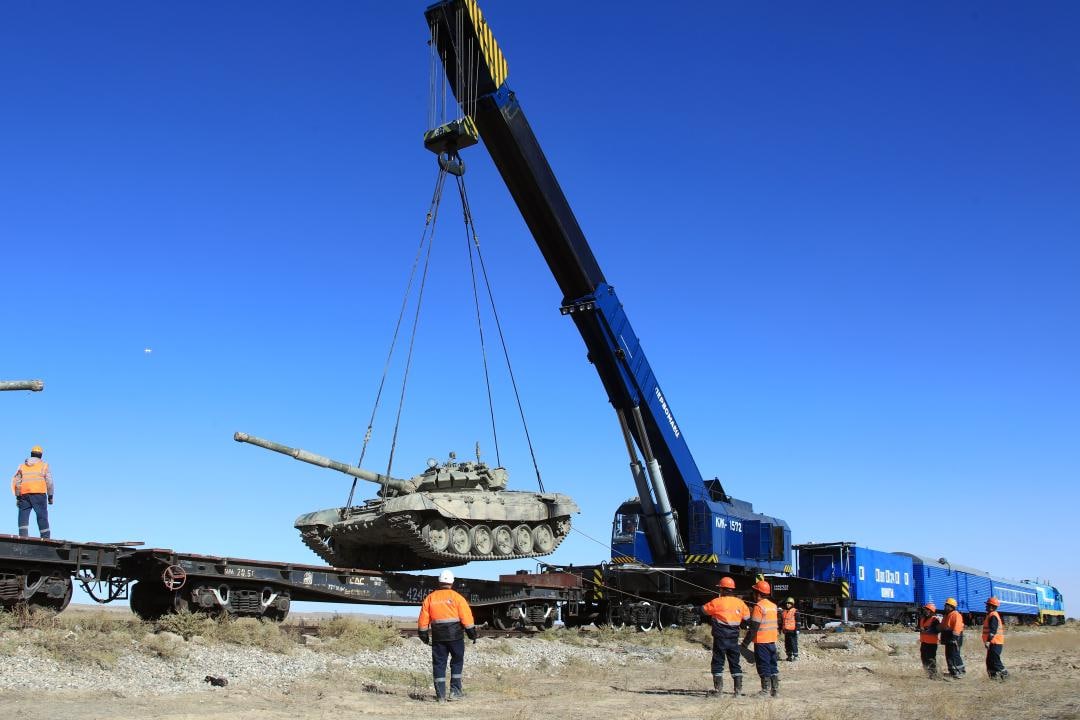 In the course of the "Echelon-2022" training, military contingents of the CSTO Collective Forces practiced actions under conditions of a railroad sabotage during the transportation of troops. According to the plan of the training, an act of sabotage was carried out on the way of a military train, which resulted in the destruction of the railway bed and ignition of military equipment.

To eliminate the fire, the army aviation of the Air Force of the Republic of Kazakhstan, units of the Armed Forces and the Ministry of Emergency Situations, as well as a fire train of the national company "Kazakhstan Railways" were involved.

In addition, in order to ensure further movement of the train, military equipment was unloaded on an unequipped section of terrain. "It was carried out with the use of road trawls, a complex platform vehicle S-05 and with the help of a 150-ton railway crane installed on the recovery train. The military equipment removed from the echelon bypassed the destroyed area and was loaded onto the rolling stock, which, after all measures had been taken, continued on its way to its destination.