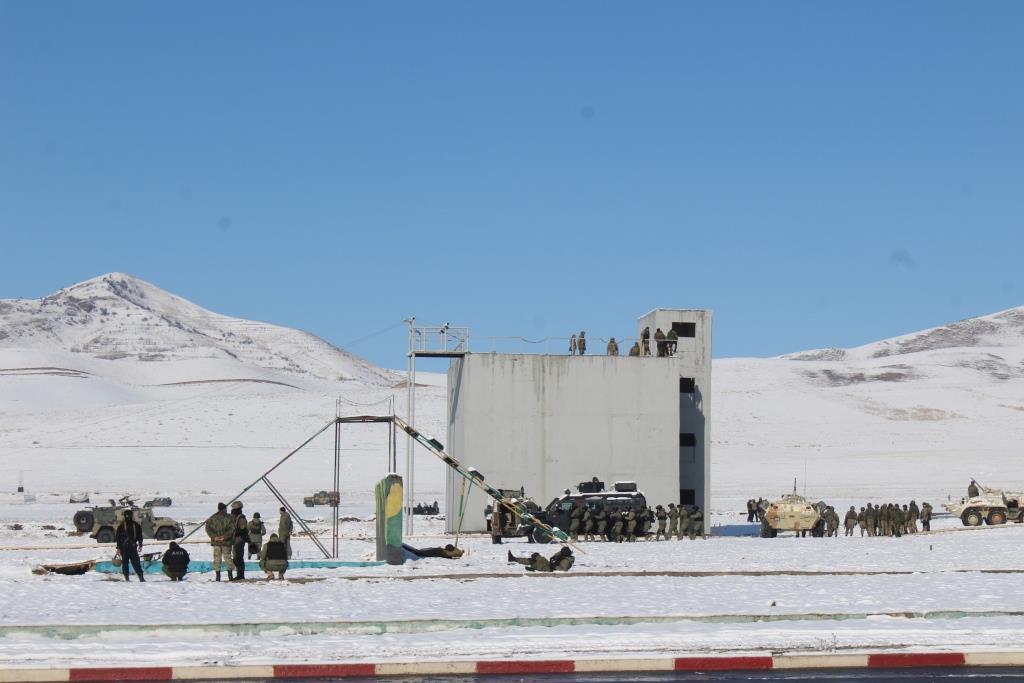 In the period of November 17-19, in the Republic of Tajikistan (Khatlon province), on the basis of the Center for combat and methodological training of special forces of the Mobile Troops of the Ministry of Defense of the Republic of Tajikistan - "Fakhrabad", tactical and special training of formations of special forces of the CSTO CRRF under the code name "Cobalt-2021" was held. The subject of the training was "Planning and conducting special operations to destroy illegal armed groups".

Observers from the Coordination Service of the Council of Commanders of Border Troops of the CIS member States and the CIS ATC were present at the training.

In summarizing the results of the training, the CSTO Deputy Secretary General Vladimir Semerikov noted the importance of holding such an event in the overall system of training of the units and subunits that make up the CSTO collective forces. He praised the professional skills and training of special units of all CSTO member States and thanked all training participants for their high level of organization and responsibility in carrying out their tasks, as well as for the coordination of the diverse forces and equipment involved in the training:

"During the week the formations the CSTO CRRF carried out the necessary actions to combat terrorist groups, illegal armed formations and drug traffickers in the course of the training codenamed "Cobalt-2021". It once again demonstrated the increased level of operational and combat training, field training and coordination of the forces and means of special units of law enforcement, special services of CSTO member States, and units of the Armed Forces of the Republic of Tajikistan and Russia.

"In the course of the trainings the participants received good practice in the organization of the decision-making on the use of forces and means of the CRRF formations of special forces in the designated areas of responsibility, collection and processing of incoming intelligence information, establishment and maintenance of communication with local authorities, management of special forces and means, training of issues of comprehensive support of special operations, interaction with aviation," the CSTO Deputy Secretary General Valery Semerikov said.

Practical training of forces and means of special units was carried out in real time, on the basis of incoming new exercise settings from the headquarters of the training.

The operational staff of the headquarters improved their professional skills in the management of diverse forces of special operations of the CSTO CRRF in carrying out joint actions to neutralize illegal armed formations in the border area.

In the course of the command and staff training, all elements of interspecific interaction, planning and comprehensive support of the special operation were put to the test. During the second, active phase of the training, special units of internal affairs bodies, internal troops, national guard, anti-drug agencies and special services of the CSTO member States that are part of the CSTO CRRF formations of special forces, in close contact with units of the Armed Forces, Border Troops of the Republic of Tajikistan and the Committee for Emergency Situations and Civil Defense under the Government of the Republic of Tajikistan, as well as servicemen of the 201st Russian military base, carried out training and training tasks. A practical simulation of combined operational and combat groups of competent bodies of CSTO member States to "destroy" (neutralize) bandit formations and their leaders who illegally crossed the state border took place.

At the end of the training, a detailed analysis was held and the results were summarized. The most distinguished officers and servicemen were rewarded with the rights of the CSTO Secretary General and the Minister of the Interior of the Republic of Tajikistan.

The Joint Press Center of the “Cobalt-2021” training