In the Republic of Tajikistan, the active phase of the joint training with the Collective Rapid Deployment Forces of the Central Asian Region "Rubezh-2022" began 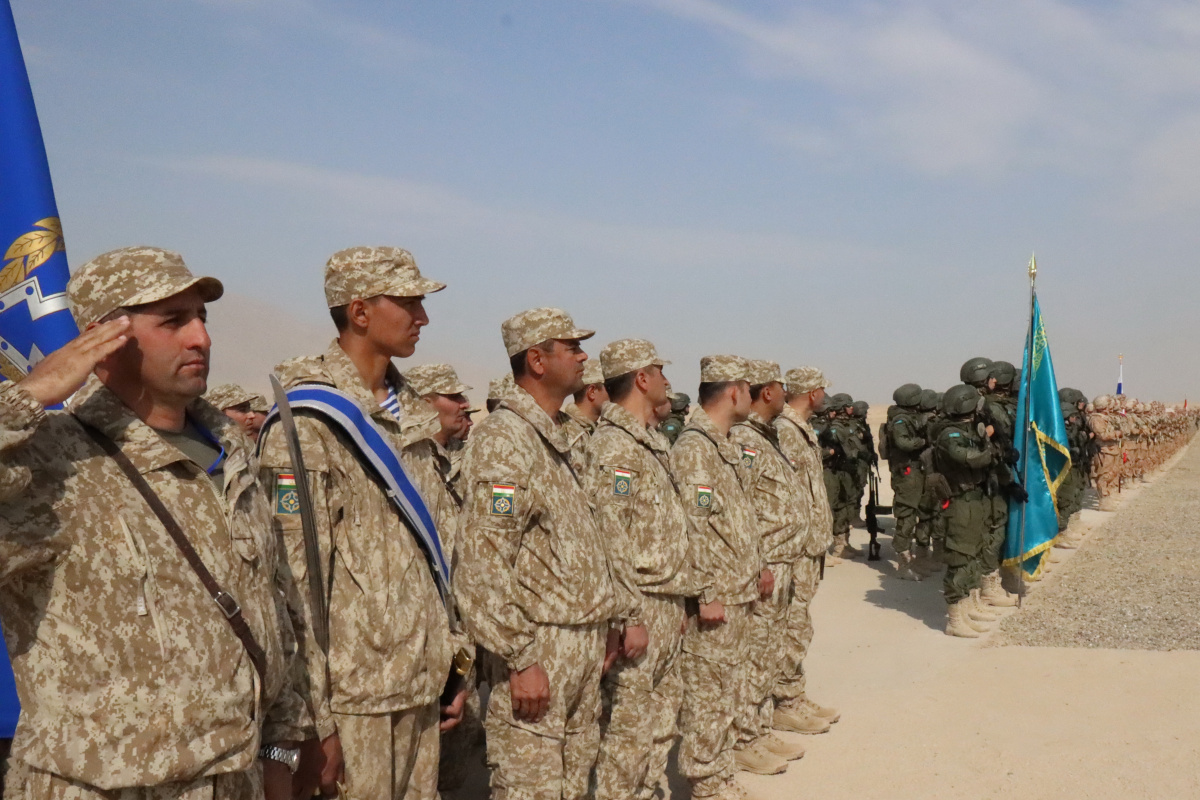 The active phase of the joint training with the Central Asian region's Collective Rapid Deployment Forces “Rubezh-2022”, began on October 17 this year, at the “Harbmaidon” training range in the Republic of Tajikistan.

The subject of the training is: "Preparation and conduct of combat operations by the CAR CFDF on destroying illegal armed groups that have invaded the territory of a CSTO member state”.

Lieutenant General Emomali Sobirzoda, Chief of the General Staff of the Armed Forces - First Deputy Minister of Defense of the Republic of Tajikistan, Colonel General Anatoly Sidorov, Chief of the CSTO Joint Staff, the CSTO Deputy Secretary General Takhir Khairulloyev, representatives of the armed forces of the CSTO Central Asian region of collective security took part in the opening ceremony of the training.

Lieutenant General Emomali Sobirzoda, Chief of the General Staff of the Armed Forces - First Deputy Minister of Defense of the Republic of Tajikistan, speaking to the training participants, noted the important role of joint training in increasing the professionalism of military personnel of the member states.

Today, under the conditions of dynamically developing situation in the whole CSTO area and concentration of destabilizing factors near our borders, timely and full functioning of mechanisms of crisis response and, in particular, its military component, becomes more and more important and urgent," Emomali Sobirzoda said. He noted that along with the negative trends observed in all regions of collective security, of particular concern was the situation emerging on the southern borders of the Central Asian region in neighboring Tajikistan.

Colonel General Anatoly Sidorov, Chief of the CSTO Joint Staff, during the opening of the joint training "Rubezh-2022" with the CSTO Collective Rapid Deployment Forces, said: "Today the active phase of the joint training with the Collective Rapid Deployment Forces of the Central Asian region begins. On behalf of the multinational staff of the CSTO Joint Staff, I welcome you. I express my gratitude to the leadership of the Republic of Tajikistan and the Ministry of Defense for the fruitful work on the preparation of the training”.

Anatoly Sidorov noted that the Collective Rapid Deployment Forces of the Central Asian region created in 2001 against the backdrop of the growing international terrorist threat did not lose relevance at the moment and were an important component of the CSTO collective security system.

The Chief of the CSTO Joint Staff noted that under these conditions, the main tasks of the CAR CRDF remained the readiness to repel external military aggression and to counter terrorist challenges, and the timely response to threats to national and regional security.

Colonel General Anatoly Sidorov said: "In the course of the training you will have to practice a set of training and combat tasks for the preparation and conduct of a joint operation by the Collective Rapid Deployment Forces of the Central Asian region; the units will perform special tasks to eliminate illegal armed groups in the mountainous terrain, release captured objects, conduct combat and special actions to restore the state border section."

Anatoly Sidorov also wished the participants of the joint training "Rubezh-2022" to show their best qualities: high professionalism, teamwork and, if necessary, mutual assistance and mutual support, and to confirm their readiness for joint actions to ensure collective security of our states in the united combat formation in hospitable Tajikistan!

Military contingents from the member states of the Central Asian region and task forces from the CSTO Joint Staff and the CSTO Secretariat are taking part in practical operations at the “Harbmaydon” training range. The core of the Russian contingent is made up of servicemen of the Central Military District from the 201st Military Base. The total number of the training participants is about 1,000 men and more than 300 pieces of military and special equipment, including aircraft, helicopters and strike drones.