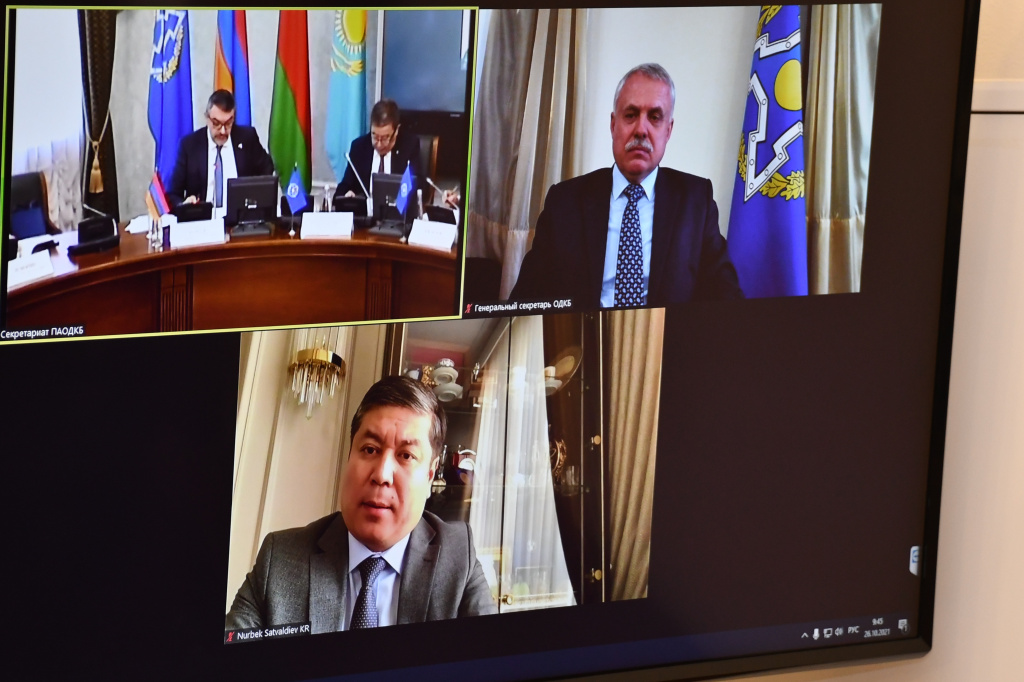 In the course of the meeting they discussed the improvement of interaction between the CSTO Parliamentary Assembly and other bodies of the Organization. The CSTO Secretary General noted that the Organization attached great importance to the participation of the Secretariat in events organized by the CSTO PA, and the leadership of the CSTO Secretariat regularly participated in the meetings of its Council.

In his turn, the Chairman of the CSTO Permanent Council, the Permanent and Plenipotentiary Representative of the Republic of Armenia to the CSTO Victor Biyagov, stated that the CSTO PA played an important role in the adoption of model legislative acts and recommendations, which facilitated the convergence of laws of the CSTO member States and brought them in line with the provisions of international treaties, concluded within the CSTO framework.

In the course of the meeting the need to develop and effectively use the tool of public diplomacy to form a positive image of the Organization was expressed.