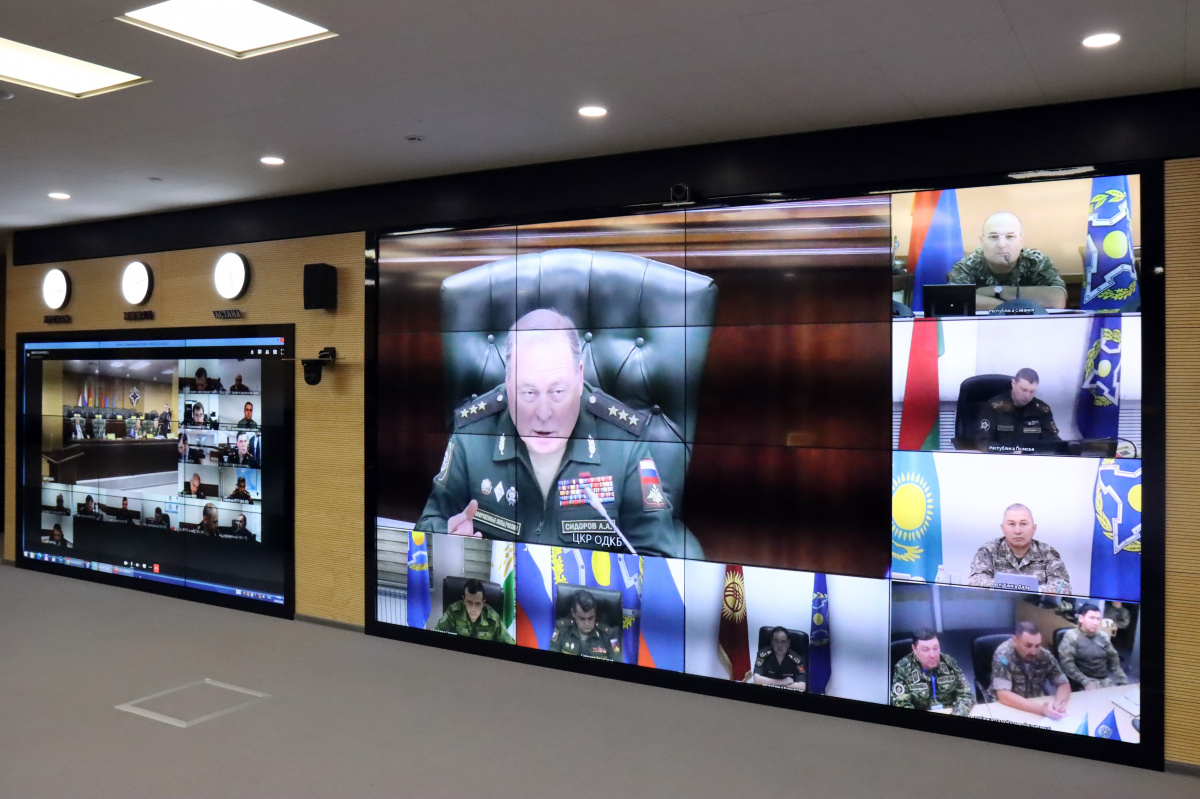 On 22-23 September, Colonel General Anatoliy Sidorov, Chief of the CSTO Joint Staff, conducted a strategic staff-command training of the Collective Security Treaty Organization on "Preparation of proposals to the CSTO bodies and development of draft decisions on the formation and deployment of forces and means of collective security in the Central Asian region of collective security".

According to the training situation, the CSTO received an appeal from the head of one of the CSTO member states for military and military-technical assistance to stabilize the situation in the region and prevent armed formations from a neighboring state from invading the territory of the republic.

The CSTO Crisis Response Center was deployed in Moscow in connection with this appeal. Officials from the Joint Staff and the CSTO Secretariat formed functional groups and organized interaction with ministries and agencies of the Organization's member states.

At the first stage, training participants assessed the politico-military and military-strategic situation in the CSTO area of responsibility, predicted its development, and drew up proposals on priority political and diplomatic measures.

The second stage involved the preparation of proposals on the composition, operational deployment and use of CSTO Troops (Collective Forces), as well as the provision of military and technical assistance to the Organization's member states.

The Crisis Response Centre and the operational groups of CSTO member states identified, through videoconference, the main needs for military and military-technical assistance and heard reports from senior operational groups on the composition and condition of national contingents assigned to the Troops (Collective Forces).

In the course of joint work, proposals were prepared for the regrouping, operational deployment and use of the CSTO Troops (Collective Forces), as well as for the provision of military and technical assistance to a CSTO member state.

Colonel General Anatoly Sidorov, Chief of the CSTO Joint Staff, stated that the strategic command post training was based on the simulated military-political situation, taking into account modern challenges and threats, which was created for joint trainings with the CSTO Troops (Collective Forces) in 2022.

Colonel General Anatoly Sidorov also noted that during the training the specially created software for the CSTO Crisis Response Centre was tested, which allowed to reduce the time of work of functional groups and in general increased the operational efficiency of the Centre for the preparation of draft decisions of statutory bodies on responding to crisis situations.

The outcome of the work during the strategic command post trainiing was the elaboration of a set of documents, decisions of organizational bodies on formation and deployment of forces and means of collective security system in the Central Asian region of collective security. The documents prepared during the strategic command post training will be used in the course of joint trainings with the participation of CSTO Troops (Collective Forces).

For the dissemination of official information on the conduct of joint trainiings with the CSTO Troops (Collective Forces), joint CSTO training press centers are being established for each training.