The Statement emphasizes that the CSTO member states note their full adherence to the Treaty on the Non-Proliferation of Nuclear Weapons, a unique document based on an agreement between nuclear and non-nuclear countries. "The unconditional and effective fulfillment by all Treaty on the Non-Proliferation of Nuclear Weapons parties of their obligations, embodied in the balanced unity of three fundamental components: disarmament, non-proliferation and peaceful application of atomic energy, contributes to the implementation of common goals and objectives based on humane aspirations to achieve peace."

08.09.2020
The CSTO Permanent Council considered the Agenda of the upcoming session of the Organization's Collective Security Council On March 13, 2020, at the CSTO Crisis Response Center with the participation of CSTO Deputy Secretary General Valery Anatolyevich Semerikov, a meeting of the International Staff of Operation Illegal was held.

The meeting was attended by delegations from all CSTO member states, as well as observers from the International Organization for Migration, the Council of Heads of Financial Intelligence Units, the Coordination Service of the Council of Commanders of the Border Troops, and the Bureau for the Coordination of Combating Organized Crime and Other Dangerous Crimes. 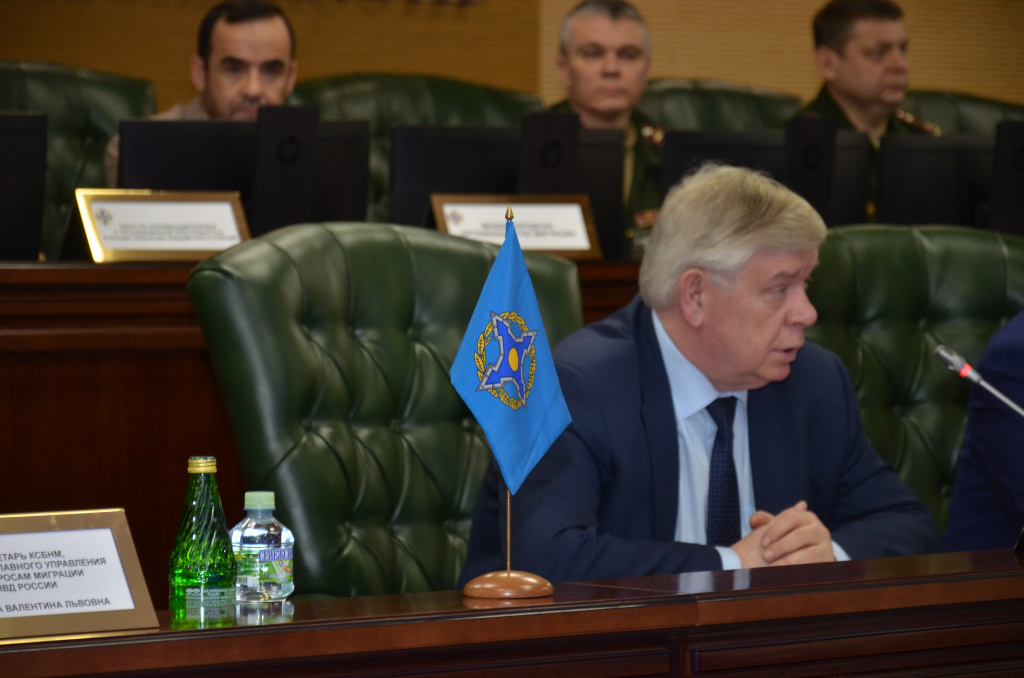 In addition, for the first time, the meeting of the International Staff of Operation "Illegal" was held in conference mode with the connection of all the national staffs of the Organization's member states.

In his welcoming remarks, the CSTO Deputy Secretary General emphasized: –  “The Organization’s states see the serious consequences of the almost uncontrolled flows of migrants to Europe from the Middle East, North Africa, Afghanistan, and other regions with a difficult internal political and economic situation. There is a surge of crime, and conflicts on national and religious grounds, and social tension in society. Migrants, practically deprived of the opportunity to integrate into society, become the object of propaganda, recruitment by extremists. Radicalization is growing in this environment. ”

He also noted that drug traffickers, foreign intelligence agencies, as well as emissaries of international terrorist organizations are trying to take advantage of illegal migration channels.

At the conclusion of his speech, V. Semerikov emphasized that it is within the framework of the regional operation of the CSTO "Illegal" that there is a real opportunity to increase cooperation between law enforcement agencies and special services of states in order to counter challenges and threats in the field of migration. Obviously, the result here directly depends on the clear and effective coordination and coordinated actions of all structures and services, both working directly in our states and generally responsible for organizing and conducting the CSTO "Illegal" operation.

At the beginning of the meeting, members of the International Staff summed up the results of the operation “Illegal-2019” carried out last year in the CSTO format. In particular, it was noted that as a result of coordinated actions by the competent authorities of the CSTO member states during the operation, 6,738 criminal cases were instituted for organizing illegal migration, more than 159 thousand violations of migration legislation were stopped, including foreign citizens who evaded staying for a long time upon expiration of the established period of stay. 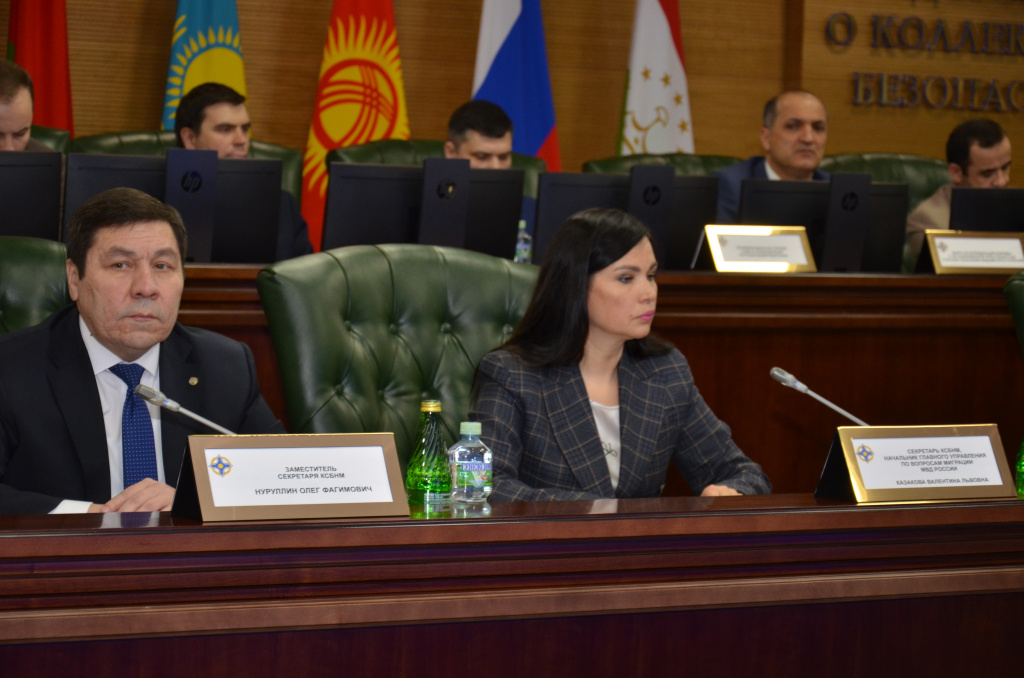 So, in the Russian Federation, during the operation, 174 foreigners were detained who arrived in the country on a personalized spectator card for the World Cup in 2018 and did not leave Russia on time.

During the operation, 8,378 foreign citizens were expelled from the member states of the Organization in an administrative order and detained 1,342 wanted persons. The financial monitoring units of the Republic of Belarus and the Russian Federation identified 2,650 suspicious financial transactions carried out by foreign citizens worth more than $ 91 million (information on them was sent to law enforcement agencies for its implementation).

Subsequently, representatives of national staffs of Member States of the Organization substantively discussed the concept of the operation under the code name "Illegal-2020" and agreed on the dates for the stages of active events in the current year. 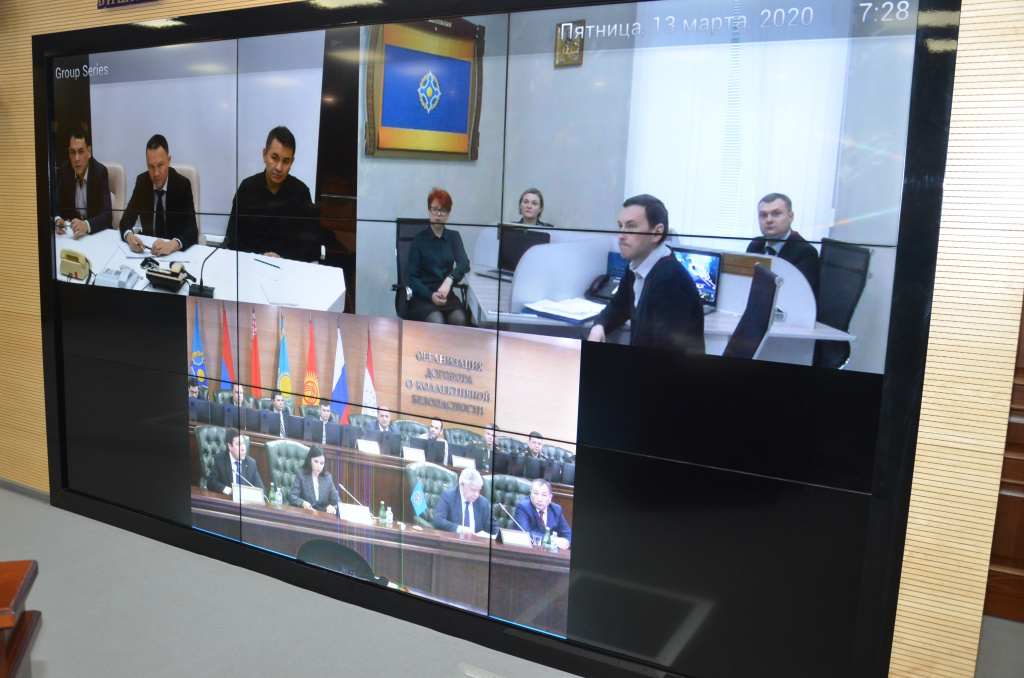 The priority goal of the operation is the work to curb the criminal activity of organized groups and communities with international and interregional ties involved in organizing illegal migration.

In addition, within the framework of the "Illegal-2020", the task of identifying criminal groups that use illegal migration channels in the interests of terrorist and extremist organizations is highlighted, in particular with a view to transporting fighters and their accompanying persons to areas of armed conflict and their subsequent evacuation from them.

Following the meeting, it was decided to submit the agreed Plan of Operation "Illegal-"2020 for signature to the CSTO Secretary-General Stanislav Vasilievich Zas and the Chairman of the Coordinating Council of the Heads of the competent authorities of the CSTO member states on combating illegal migration Alexander Vladimirovich Gorovoy. 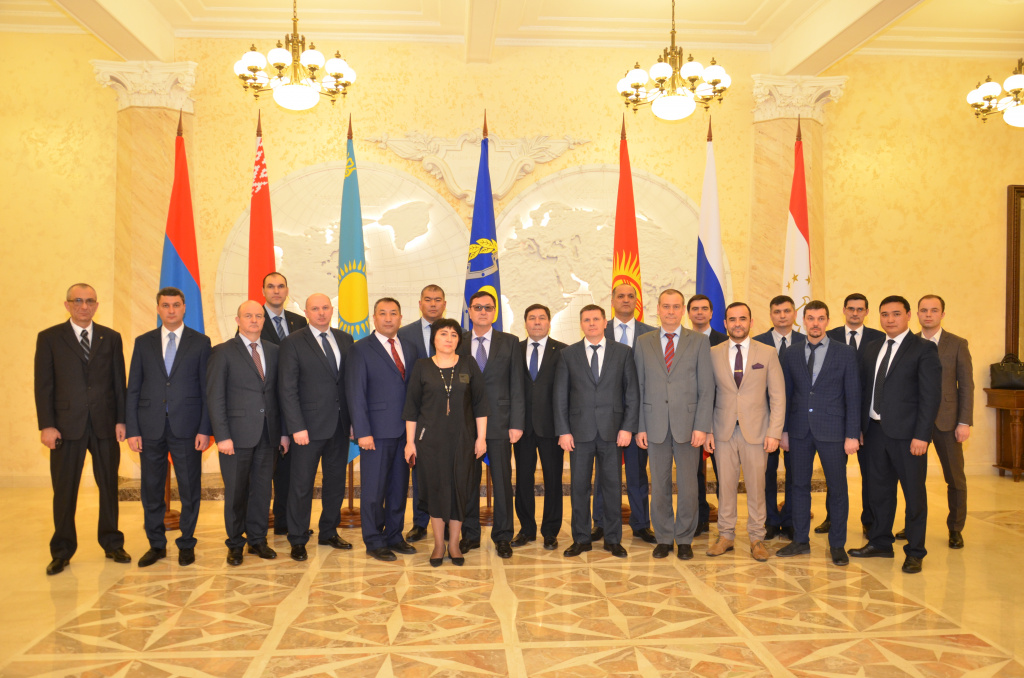