At the CSTO Joint Staff, the staff negotiations on the preparation of joint trainings with the Collective Forces in 2021 were held 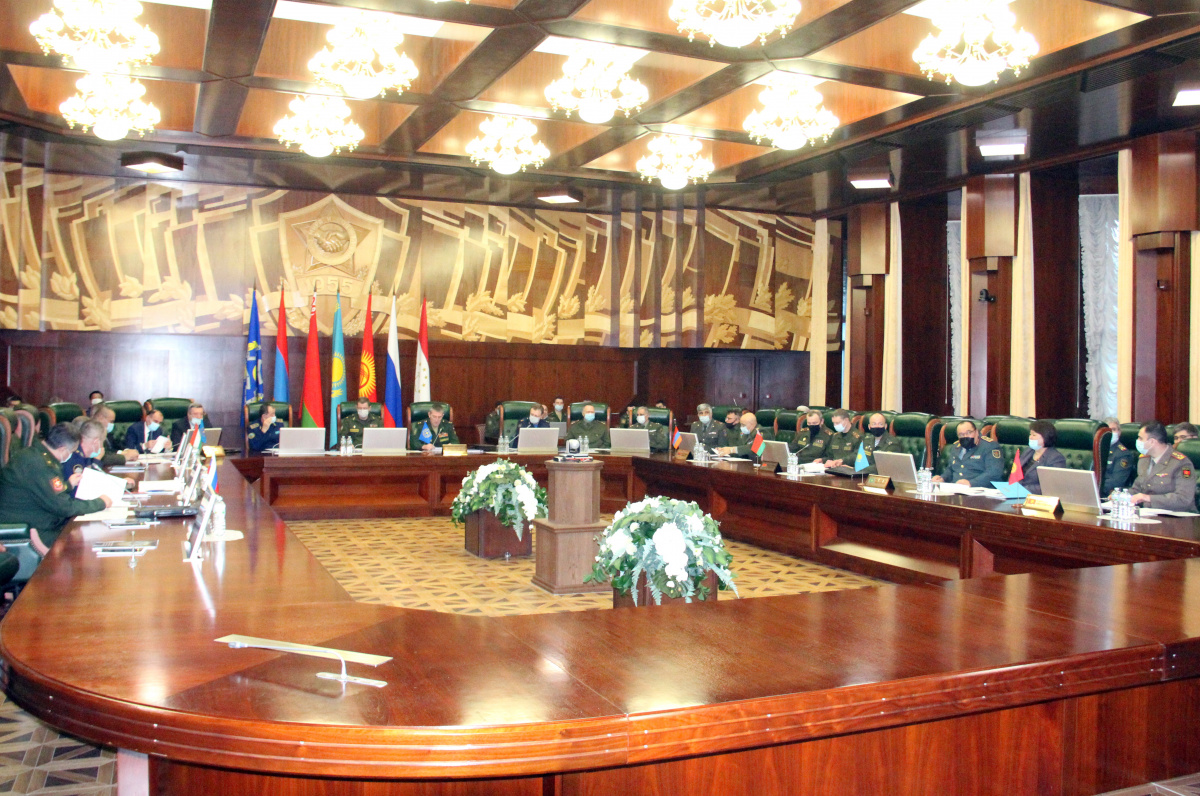 Representatives of the interested ministries and departments of the Republic of Armenia, the Republic of Belarus, the Republic of Kazakhstan, the Kyrgyz Republic (via videoconferencing), the Russian Federation, the Republic of Tajikistan and the CSTO Secretariat took part in the negotiations under the general supervision of the First Deputy Chief of the CSTO Joint Staff, Lieutenant General Hasan Kaloyev.

In the course of the negotiations, the basis of the plans for conducting joint trainings, the composition of the leadership apparatus, operational groups and the contingents of the CSTO member states were considered and discussed.

Within the framework of the operational and strategic training "Combat Brotherhood-2021" in the Central Asian region of collective security, four joint trainings are planned.

On the territory of the Republic of Tajikistan: in order to work out the tasks of ensuring the actions of the CSTO Collective Rapid Response Forces, special trainings are planned with the assets of reconnaissance "Search-2021" and with the formations of Acquisition, Technology, and Logistics "Echelon-2021", as well as joint trainings with the CSTO Collective Rapid Response Forces "Interaction-2021" are planned.

A joint training with the CSTO Peacekeeping Forces "Indestructible Brotherhood-2021" is planned on the territory of the Russian Federation.

In the course of the trainings, the issues of the consistent use of the components of the CSTO Troops (Collective Forces) will be worked out, starting with a joint operation to localize a border armed conflict and ending with a post-conflict peacebuilding in the territories of the states of the Central Asian region.

The organization and conduct of these events is carried out in accordance with the Regulations on the procedure for preparing and conducting joint trainings in the CSTO format, approved by the Decision of the CSTO Collective Security Council of November 28, 2019.

In the course of the negotiations, an agreement was reached that the time frame of the trainings and the procedure for carrying out measures for their preparation could be adjusted depending on the epidemiological situation in the CSTO member states and the preventive measures taken in this regard.