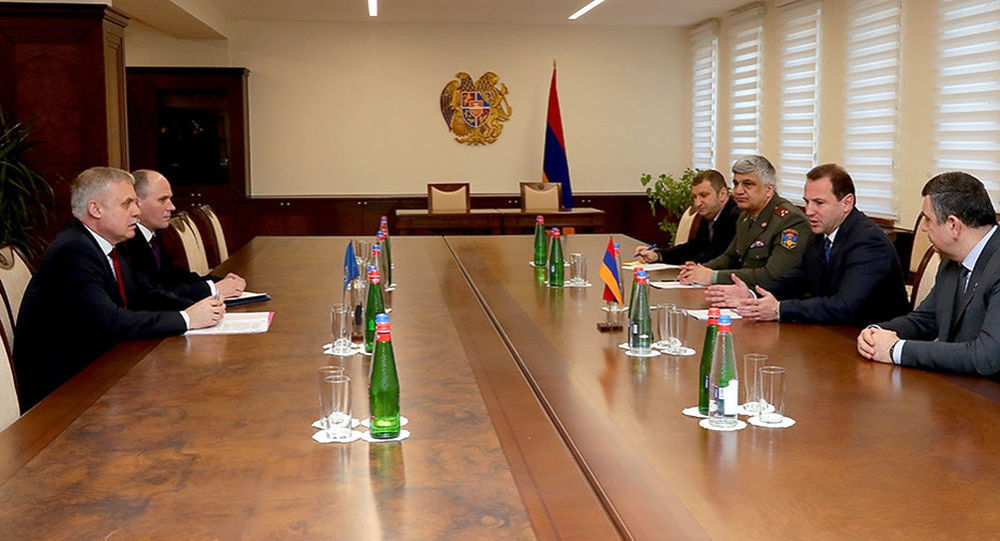 On February 27, 2020, the CSTO Secretary General Stanislav Zas, who is in Armenia on a working visit, met with Minister of Defense of the Republic of Armenia David Tonoyan.

The Minister congratulated Mr. Zas on his appointment as Secretary General of the Organization. During the meeting the parties discussed issues of regional and international security, as well as the further development of the military component of the CSTO.

Particular attention was paid to the development of the CSTO crisis response system, increasing the potential of the Collective Rapid Reaction Forces and the CSTO Peacekeeping Forces, improving the system of representatives of the Armed Forces of the Organization, measures for joint combat training, as well as the implementation of joint events dedicated to the 75th anniversary of Victory in the Great Patriotic War.