On November 27, in Bishkek, a joint meeting of the Ministerial Council of Foreign Affairs, the Council of Ministers of Defense, the CSTO CSSC was held. The agenda of tomorrow's session of the Collective Security Council was approved and Statement on effor 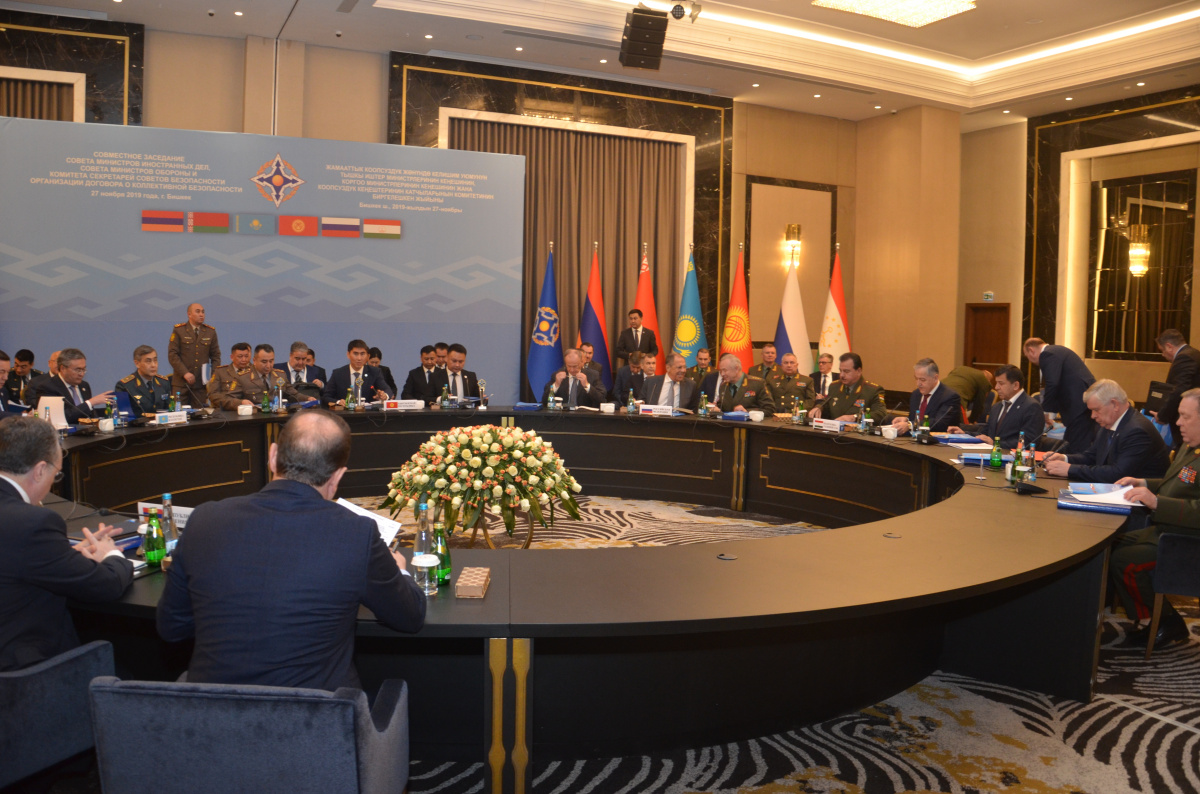 On November 27, this year, in Bishkek, under the chairmanship of the Kyrgyz side, a joint meeting of the Council of Foreign Ministers, the Council of Ministers of Defense and the CSTO Committee of Secretaries of Security Councils was held. The meeting was attended by the CSTO Acting Secretary General Valery Semerikov. (Photo gallery of the meeting). 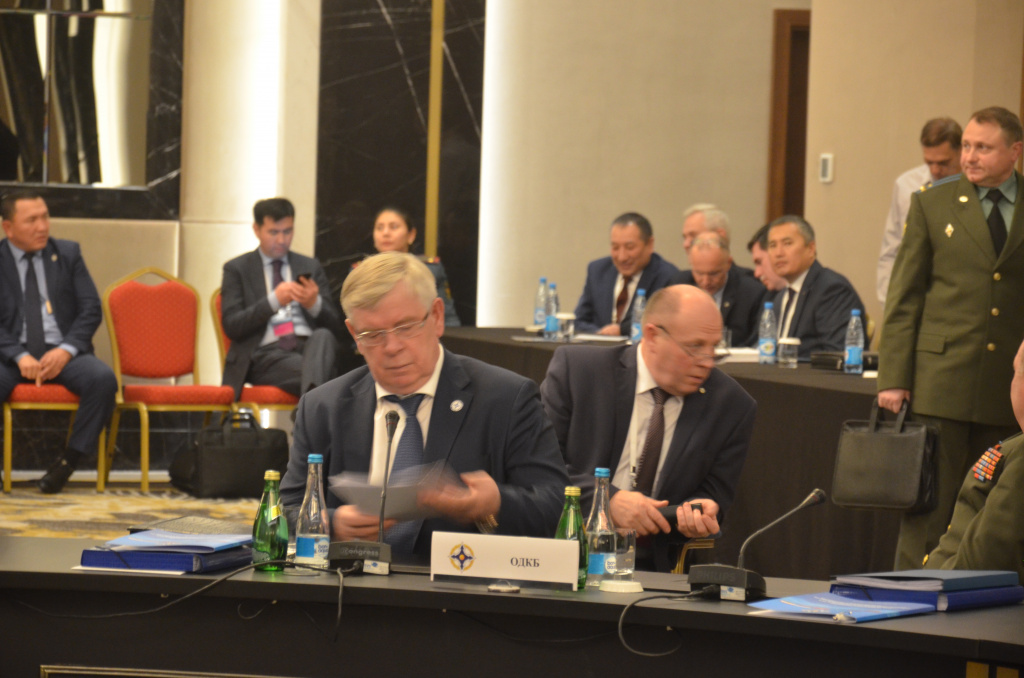 The heads of foreign affairs and defense departments, secretaries of security councils discussed the military-political situation in the CSTO collective security regions and the Organization's activities during the intersessional period (2018-2019). Chairman of the Ministerial Council of Foreign Affairs, Minister of Foreign Affairs of the Kyrgyz Republic Chingiz Aidarbekov, opening the meeting said that he consideed the results of the Organization’s activities in the past year to be fruitful. 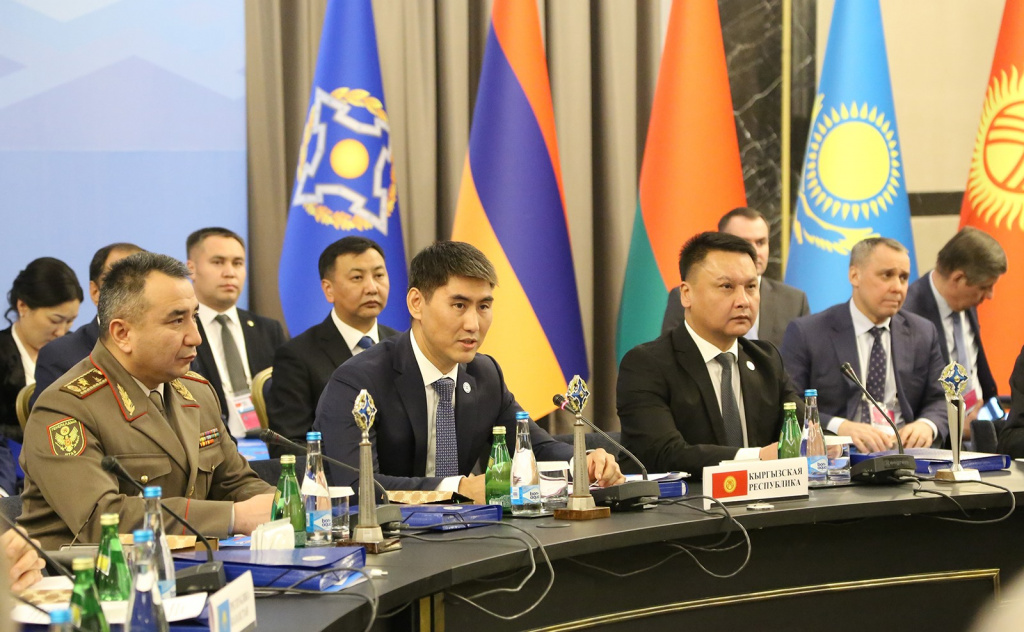 “We highly appreciate the implementation of the priorities announced by President of the Kyrgyz Republic Sooronbay Sharipovich Jeenbekov at last year’s summit in Nur-Sultan. In order to implement the priorities of the Kyrgyz Republic’s chairmanship of the CSTO during the intersessional period, work continued to strengthen the military potential of the CSTO. The cooperation in the field of counteracting new challenges is deepening,  mechanisms to combat terrorism, extremism, drug trafficking, and growing threats to information security has been improved.
The level of coordination of the foreign policy of member states is being increased, taking into account trends in world politics. The Organization’s presence in the international information field and the intensification of its information and analytical activities are expanding. The events planned for the intersessional period were successfully carried out, "the Kyrgyz Foreign Minister said.
He noted that all these joint steps testify to the progressive development of our Organization, and contribute to increasing its prestige. Chingiz Aidarbekov expressed gratitude to all partners for the support provided to the Kyrgyz Republic during the chairmanship of the CSTO.

At the meeting of the Ministerial Council  of Foreign Affairs, the Council of Ministers of Defense and the Committee of Secretaries of Security Council, the agenda of the session of the Collective Security Council was approved - over 20 issues. 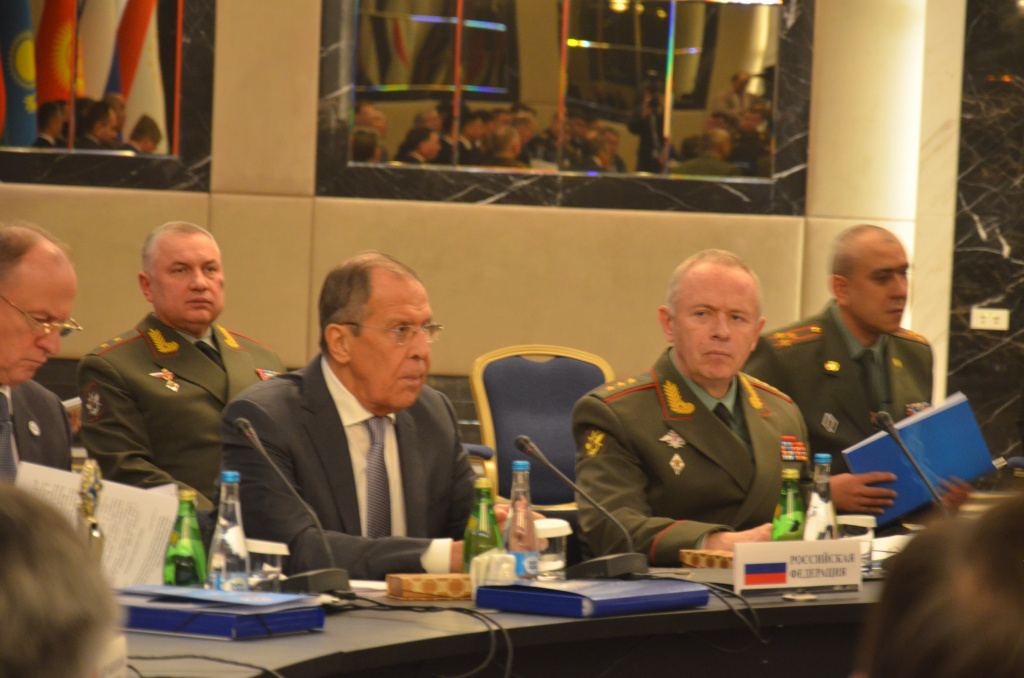 At the end of the meeting, the traditional transfer of warders from the Kyrgyz side to the leadership of the Ministry of Foreign Affairs, the Ministry of Defense and the Security Council of Russia took place. 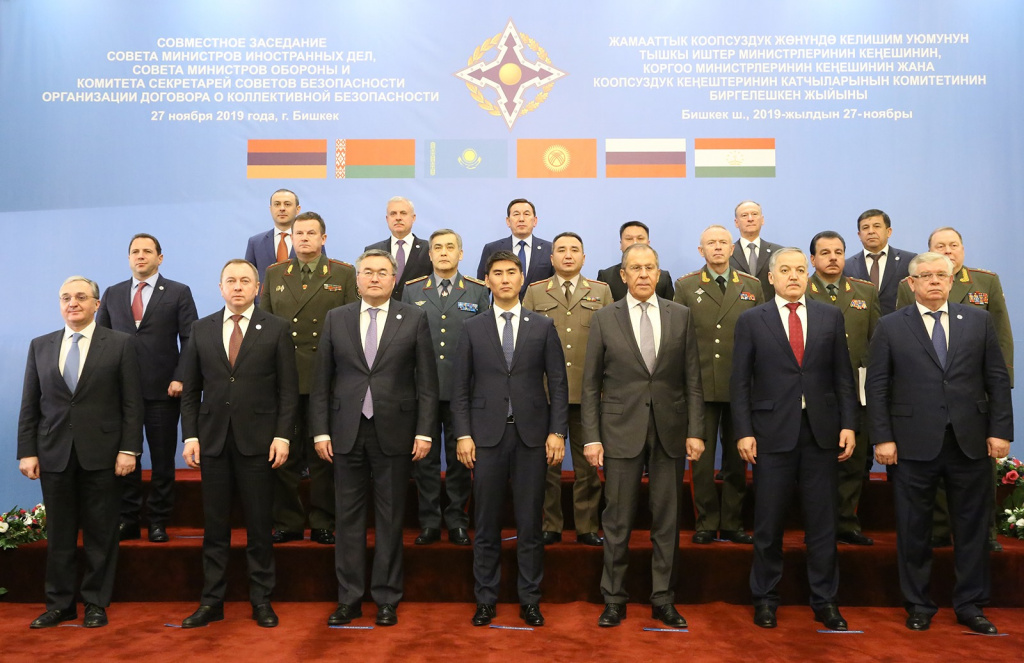