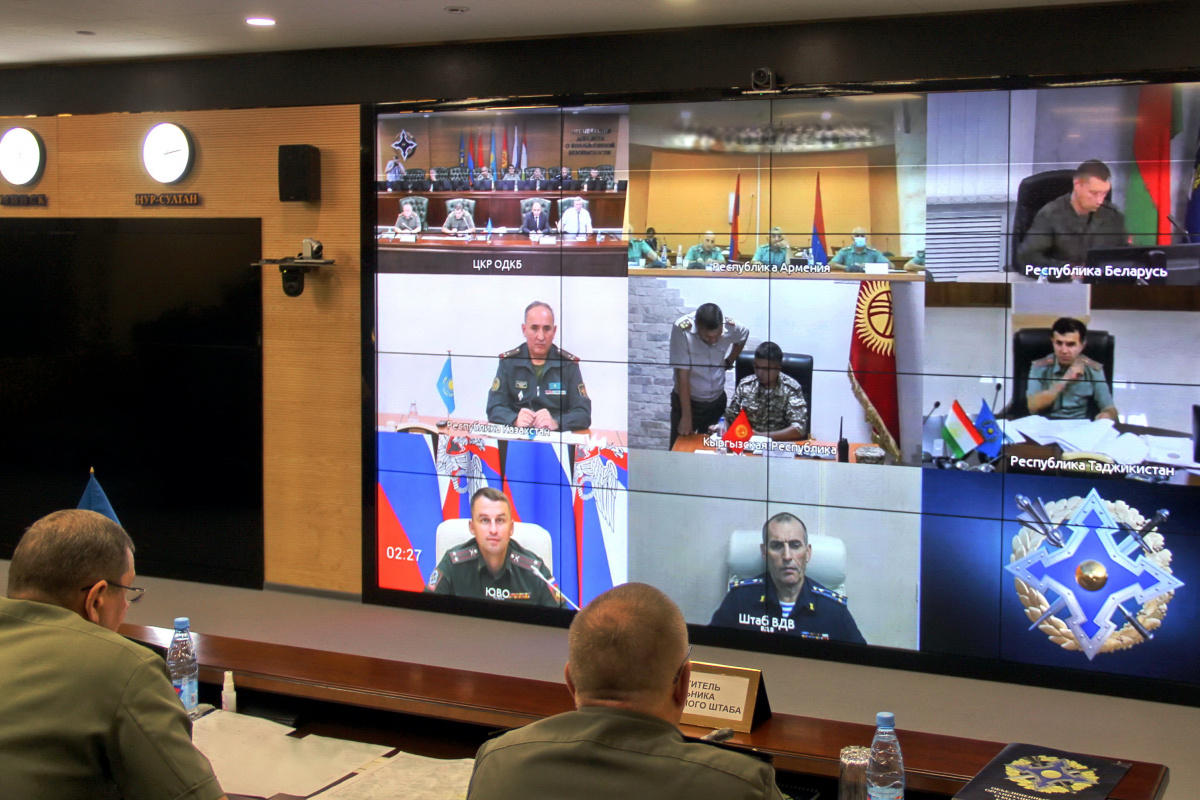 In accordance with the Plan for joint training of command and control bodies and formations of the assets of the collective security system of the Collective Security Treaty Organization for 2020, from September 1 to 2 at the CSTO Crisis Response Center, the second staff negotiations on the preparation and conduct of special training with the assets of operational reconnaissance of the CSTO member states "Search-2020" and a command-staff training with the CSTO CRRF "Interaction-2020" were held via videoconferencing.

Both trainings are planned to be held on the territory of the Republic of Armenia at the “Baghramyan” training ground.

In the course of the special training "Search-2020" under the charge of the head of the special and battle intelligence directorate of the General Staff Main Intelligence Directorate of the Armed Forces of the Republic of Armenia, issues of organizing and conducting tactical reconnaissance activities by assets of intelligence agencies of the CSTO member states will be worked out in the interests of the CSTO Collective Rapid Reaction Forces.

In the course of the second staff negotiations, the content of the stages, the duration and areas of the joint trainings, the composition of the leadership, umpire staff, task groups and involved national contingents, as well as issues of comprehensive support for the trainings were considered and agreed upon.