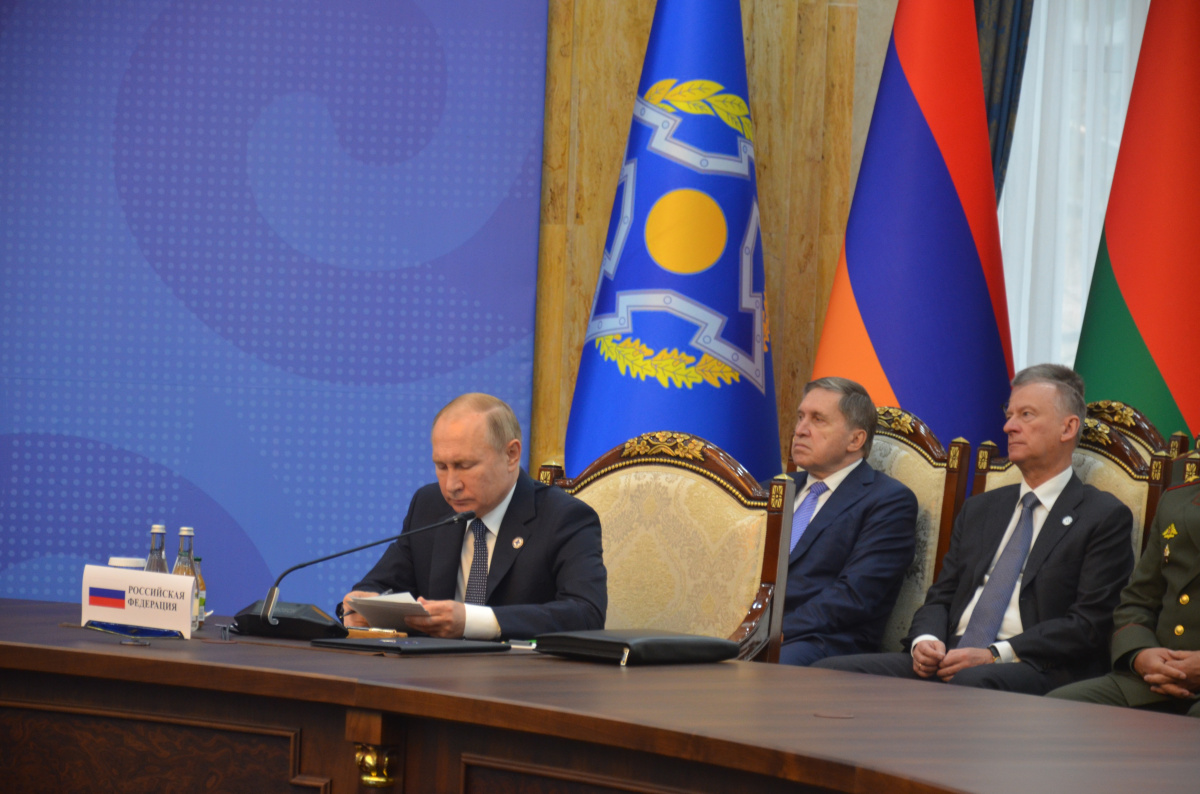 The CSC members will discuss the state of international security and issues of further increasing the effectiveness of the CSTO, the implementation of the decisions of the session of the Collective Security Council and the statutory bodies of the Collective Security Treaty Organization in the intersessional period, as well as the development and strengthening of inter-parliamentary cooperation of the CSTO member states. It is planned that the Chairman of the CSTO Parliamentary Assembly, the Chairman of the State Duma of the Federal Assembly of the Russian Federation Vyacheslav Volodin will provide information on this issue.

In the course of the CSC session, it is planned to adopt the Declaration of the Collective Security Council and the Statement on the formation of a just and sustainable world order.

It is expected that decisions will be made by the CSTO CSC on the approval of the Plan for the Development of Military Cooperation between the Member States of the Collective Security Treaty Organization for 2021-2025, and the new Anti-Drug Strategy of the CSTO Member States for 2021-2025.