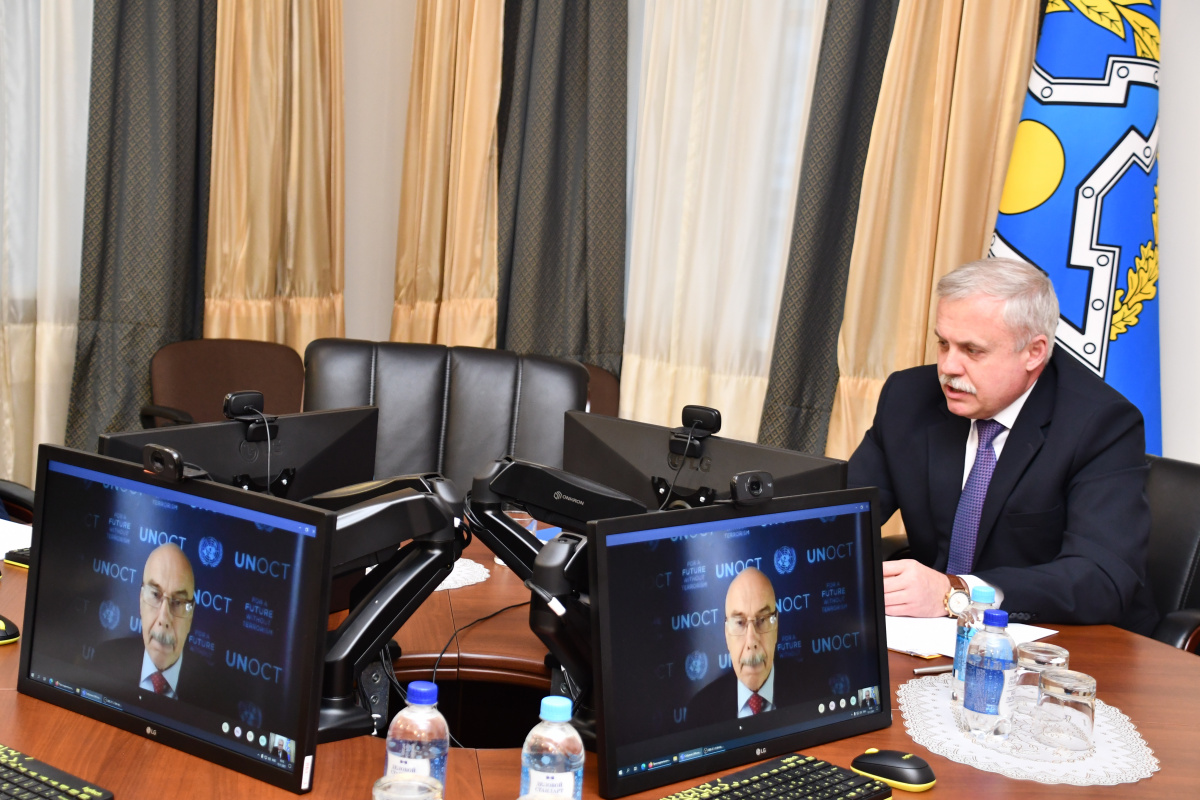 On November 15, this year, the CSTO Secretary General Stanislav Zas had a meeting with the UN Deputy Secretary General, the Head of the UN Counterterrorism Office Vladimir Voronkov via videoconferencing. The discussion focused on the situation in Afghanistan following the withdrawal of NATO troops.

It was noted that after the Taliban's rapid seizure of power in Afghanistan, the military-political situation there had stabilized to some extent. At the same time, other threats emanating from the territory of Afghanistan remain: these are the possible infiltration of terrorist and extremist groups and their ideology, drug trafficking, and the exodus of refugees.

Stanislav Zas stressed that the main threat to Afghanistan was the impending socio-economic and humanitarian disaster. This creates favorable conditions for the growth of internal confrontation, activation of terrorist activity, increase in drug production with a subsequent increase in drug trafficking outside Afghanistan.

The parties agreed that a certain threat was posed by the huge amount of modern weapons left behind by U.S. troops and seized by the Taliban, and the possible formation of an underground arms market that could spread uncontrollably around the world.

The CSTO Secretary General also said that fighters of ISIS and other radical groups, which were currently in confrontation with the Taliban in Afghanistan, posed a serious threat to the Collective Security Treaty Organization member States from the territory of Afghanistan.

"Therefore, one of the most important tasks of the CSTO is to prevent these radical groups from penetrating the territory of the CSTO member States," the CSTO Secretary General said.

He recalled that recently in the Republic of Tajikistan, not far from the Afghan border, there were held a large-scale trainings of the CSTO Collective Rapid Reaction Forces "Interaction-2021", in the course of which the fight against the illegal armed formations, who had invaded from the territory of Afghanistan, was practiced. "From November 17 to 19, 2021 the trainings "Cobalt-2021" of formations of special forces of the Collective Security Treaty Organization will take place in the Republic of Tajikistan, during which the practical actions on neutralization of illegal armed groups in frontier regions of the country will also be held," - Stanislav Zas reported.