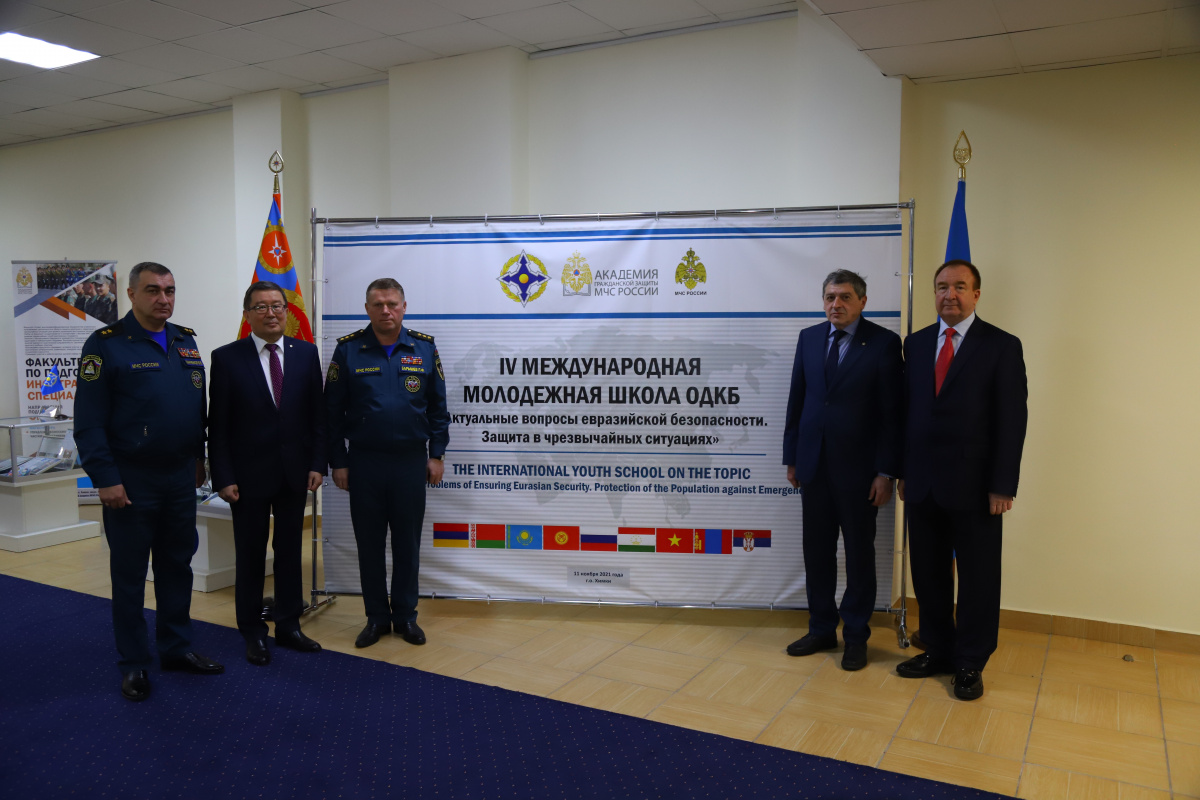 Representatives of the nine countries have discussed topical issues of Eurasian security and protection of the population from emergencies.

They all noted the importance of today's event for informing young people about current challenges and threats, as well as for the exchange of experience in research aimed at ensuring Eurasian security in all spheres, the protection of the population in military conflicts and emergencies.

In the course of the plenary session, the CSTO Deputy Secretary General Samat Ordabaev made a presentation on the CSTO collective security system. Colonel Anatoly Rybakov, Head of the Academy of Civil of the Russian Emergencies Ministry, presented a report on "The Digital Platform for Emergency Forecasting: Experience of Scientific Research at the Academy of Civil Defense of the Russian Emergencies Ministry".

The speakers touched, in particular, on such acute international problems as terrorism in Afghanistan, the Nagorno-Karabakh conflict, humanitarian cooperation in the context of destabilization in the states of the Middle East, Central Asia and Eastern Europe, cyber terrorism, extremism in the Internet space, drug trafficking in the Internet, the impact of foreign agents on young people in the CSTO member States.

At the end of the IV CSTO International Youth School a draft Final Resolution was agreed upon, and a decision was made to create an integrated digital platform of scientific and educational organizations of the CSTO University League, designed to ensure the implementation of joint research projects and educational programs.

As part of the ceremonial part of the IV CSTO International Youth School honorary guests laid flowers at the memorial "Link of Times" at the Academy of Civil Protection of the Russian Emergencies Ministry.

the Academy of Civil Protection of the Russian Emergencies Ministry has been a member of the CSTO University League since 2015. The university participated in all CSTO International Youth Schools, and this year it became an organizer of one of them.