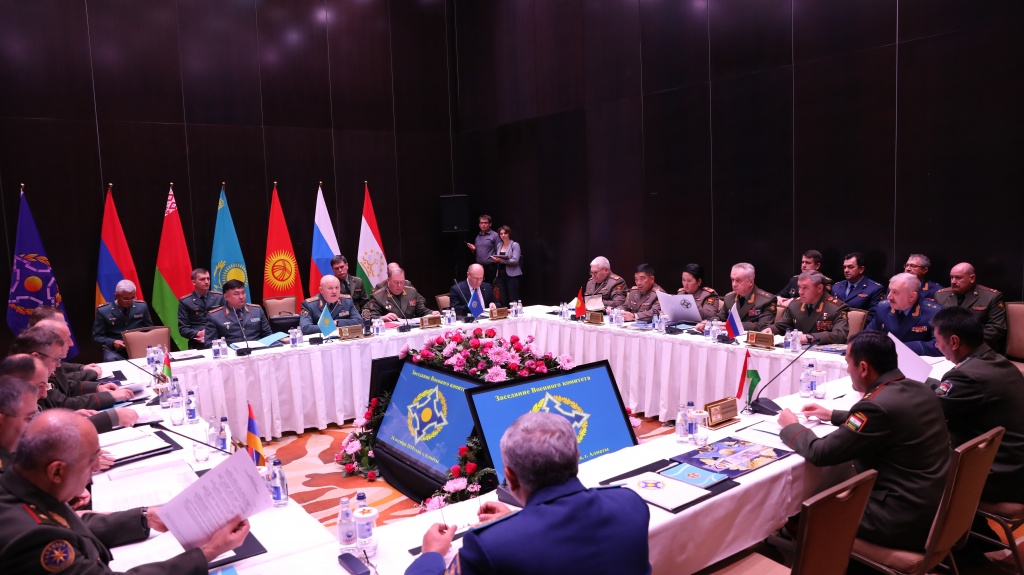 On October 26, 2018, in the city of Almaty, under the leadership of Lieutenant-General Murat Mayikeev, Chairman of the Military Committee, First Deputy Minister of Defense - Chief of the General Staff of the Armed Forces of the Republic of Kazakhstan, the 13th meeting of the Military Committee on the development of military cooperation of the States members of the Collective Security Treaty Organization was held (CSTO).

Colonel-General Anatoly Sidorov, in his speech, informed the members of the Military Committee about the implementation of the main directions of the development of military cooperation of the CSTO member states and measures for their timely implementation. The order of work on the organization of air defense in the Central Asian region of the collective security of the CSTO was determined.

“In the course of work on the creation of a unified air defense system in the Central Asian region, it is necessary to work out the organizational, technical and legal aspects of combining the efforts of air defense forces and means of the four CSTO member states of the region, organizing management, comprehensive support, and joint training Colonel Anatoly Sidorov. “According to experts, this will increase the overall effectiveness of the combined air defense group by almost a third.” During the meeting, a constructive exchange of views on the situation related to the situation in the regions of collective security also took place.

As a result, a number of agreements were reached aimed at strengthening the collective security of the CSTO member states.