An active phase of the joint exercise of the CSTO Collective Forces has passed in Tajikistan. The long-range and operational-tactical aviation, the CRRF units and the Iskander-M missile system were involved. On November 17, at the “ Harbmidon ” training ground of the Armed Forces of the Republic of Tajikistan, the joint exercise “Combat Brotherhood 2017” was completed . (Photo gallery)

The operational-strategic doctrine “Combat Brotherhood 2017” began in April of this year with a joint business game of the Joint Staff, Secretariat and operational groups of interested ministries and departments of the CSTO member states with the participation of the Permanent Council of the Organization at the base of the Military Games Center of the Military Academy Federation.

As part of the operational and strategic exercises "Combat Brotherhood 2017" were held:

- special search tactics "Poisk-2017" with the forces and means of intelligence units of the armed forces of the CSTO member states and command and staff training with the CSTO CRRF Command on the territory of the Russian Federation and the Republic of Armenia;

- joint exercise “The Indestructible Brotherhood 2017” with the CSTO peacekeeping forces in the territory of the Republic of Kazakhstan. 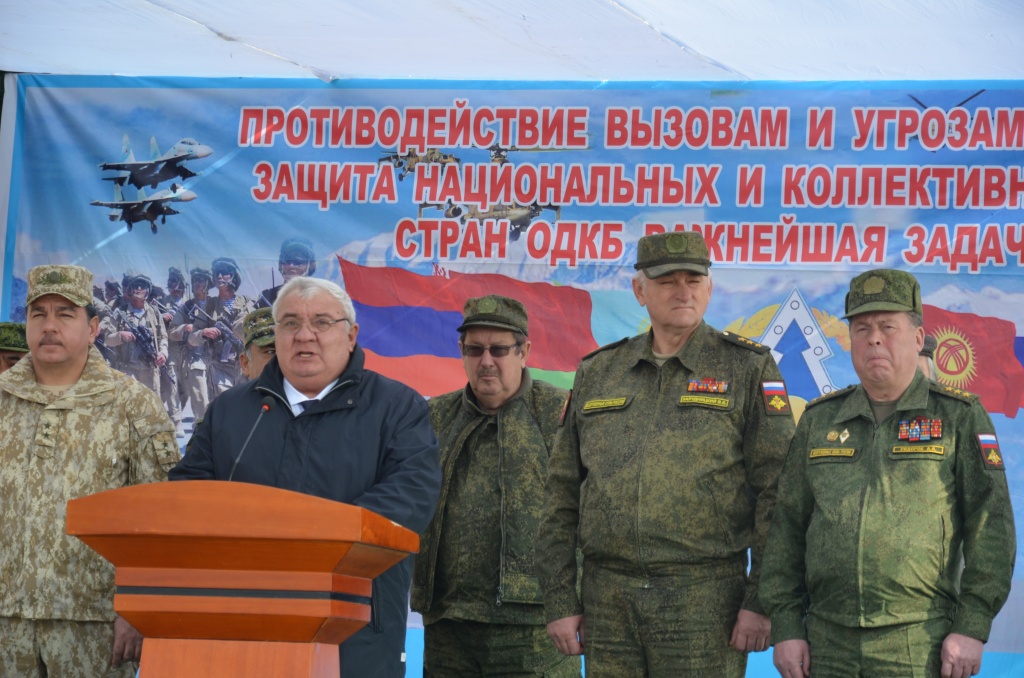 According to the plan of the exercise, the Joint Group of Forces of the Armed Forces of the Russian Federation and the Armed Forces were created to destroy the group of ISIL militants in the Tajik area, which, in cooperation with local criminal groups, broke out of neighboring Afghanistan and sought to destabilize the internal political and social situation Of the Republic of Tajikistan, and the forms and methods of its use have been developed with the involvement of the CSTO Collective Rapid Reaction Forces.

During the exercise, issues of improving the CSTO command and control system in the Central Asian region of collective security and interoperability of headquarters at various levels, interfacing the command and control systems of troops and weapons, improving the skills of commanders of various degrees in planning combat operations and managing troops based on the experience of modern armed conflicts. The effectiveness of the algorithm developed for organizing the management of coalition and regional groups during the performance of combat training tasks has been tested; given the practice of the commanders, commanders, staffs of formations, military units, divisions of the CRRF of the CSTO, joint force grouping in the preparation and conduct of hostilities; improved field training of contingents. The military units of the CRRF CSTO and the United Group of Forces performed the tasks of organizing air reconnaissance of the border area, covering the state border, blocking and destroying illegal armed groups that crossed the state border, and others.

The final practical actions were attended by motorized rifle, artillery, airborne and other units of the armed forces of the CSTO member states. The success of the operation was ensured by the integrated use of electronic warfare, radiation, chemical and biological defense units, engineering troops, communications and other types of comprehensive support. The specific feature of the exercise was that the aviation component was involved in the interests of the Collective Peacekeeping Forces of the CSTO, including strategic aircraft of the Tu-95 Armed Forces of the Russian Federation, accompanied by a Su-30 link of the Armed Forces of the Republic of Kazakhstan, and Iskander-M missile systems psychological struggle and information confrontation.

More than 5 thousand soldiers, over 60 airplanes and helicopters, over 1.5 thousand units of weapons, military and special equipment took part in the exercise.