The RT Television Channel - "A Qualitatively New Level of Training": What tasks the CSTO troops achieve at the "Rubezh-2021" training in the Kyrgyz Republic

The Kyrgyz Republic is hosting a “Rubezh-2021” training of troops of the Collective Rapid Deployment Forces of the Central Asian region of the CSTO. An active phase is scheduled for September 9, in the course which key tasks related to the defeat of a simulated enemy will be solved. The main purpose of the maneuvers is to practice repulsion of the aggression of gangs. More than 1,000 people, including servicemen of the Kyrgyz Republic, Russia, the Republic of Kazakhstan and the Republic of Tajikistan, as well as 150 pieces of equipment are involved in the training. According to experts, “Rubezh-2021” is of great military-political importance, especially in the context of the situation in Afghanistan.

In the Kyrgyz Republic, the "Rubezh-2021" trainings of troops of the Collective Rapid Deployment Forces of the Central Asian region of the CSTO are being held at the mountain range "Edelweiss”. This is stated in the report of the joint press center of the training.

The active phase of the maneuvers is scheduled for Thursday, September 9, during which the main tasks will be practiced. Colonel Artur Temirov, the First Deputy Chief of the General Staff of the Armed Forces of the Kyrgyz Republic, is in charge of “Rubezh-2021” training.

A total, over a thousand soldiers from the Kyrgyz Republic, Russia, the Republic of Kazakhstan and the Republic of Tajikistan and 150 vehicles, including tanks, armoured personnel carriers, infantry fighting vehicles, “Tiger” special vehicles), flamethrower units, D-30 artillery howitzers, BM-21 “Grad” multiple rocket launchers, helicopters and operational and tactical aviation aircrafts are operating at the range.

As the press service of the Central Military District reported earlier, Russian servicemen of the mountain motorized rifle brigade from Tuva performed tasks at the “Edelweiss” training range.

The key goal of the training is to practice ways to eliminate illegal armed groups that have invaded the territory of a CSTO member State. In the course of the maneuvers, it is planned to improve the coordination of the CAR CRDF units in carrying out tasks during the joint operation.

Bilateral tactical maneuvers with the participation of servicemen of the Marine Corps and the 22nd Army Corps start in Crimea.

"The main objectives of the training are to improve the practical skills of officials of the command bodies of the CSTO troops (Collective Forces) in the organization of combat operations and management of subordinate troops (forces), as well as improving the coordination of the CAR CRDF units when performing tasks during a joint operation," the message on the CSTO website says.

The “Rubezh-2021” training area is guarded and patrolled by members of the Russian military police. They arranged to be on duty at the high mountain range several days before the start of the maneuvers.

The site of the maneuvers is located at 2000 m above sea level, near Lake Issyk-Kul. The infrastructure and terrain where the “Edelweiss” training range is located make it possible to perform various complex tasks in high altitude conditions.

During the Soviet period, the site served as a mountain training ground for the military, and now it is used by CSTO troops to practice tasks to repel attacks by militants on populated areas.

Speaking at the September 7 opening ceremony, the Kyrgyz Deputy Defense Minister Almazbek Karasartov said that the “Rubizh-2021” was important in the context of growing conflict potential in the Middle East and other regions of the world.

"Through such trainings, the personnel of the armed forces of our countries gain practical experience in conducting counterterrorism operations while improving their field training," Karasartov said. 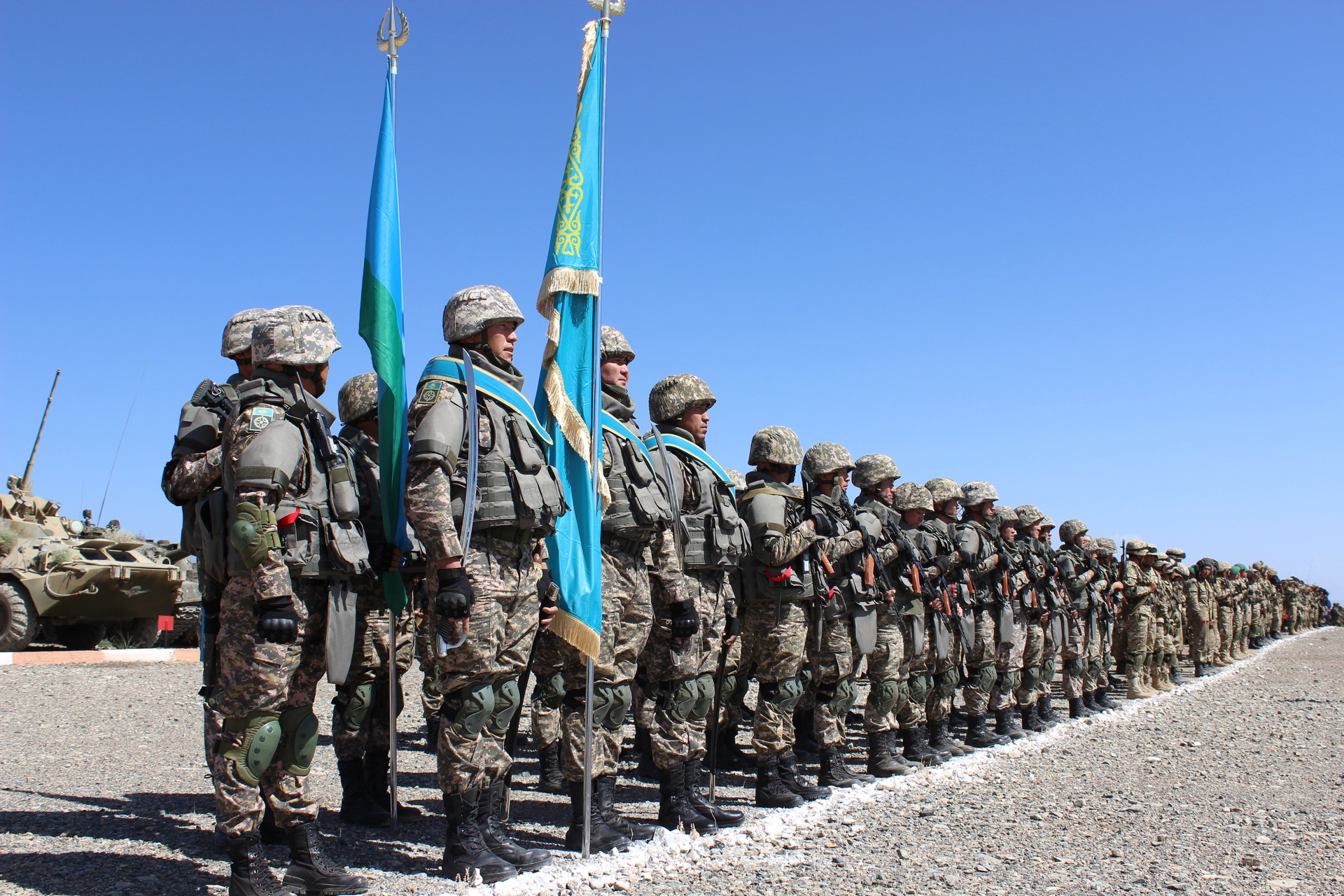 In turn, at the opening ceremony, Colonel General Anatoly Sidorov, Chief of the CSTO Joint Staff, noted that the military and political situation in the CSTO area of responsibility "remained difficult," especially because of the Taliban coming to power in Afghanistan.

"The most unfavorable situation remains in the Central Asian region, which is developing against the background of the Taliban's seizure of power in Afghanistan, which borders with the Republic of Tajikistan. Also in the region, the level of activity of international terrorism and religious extremism remains high," Sidorov stressed.

The training is aimed at repulsing an attack by insurgents. According to the legend of the “Rubezh-2021”, militants have invaded the territory of a CSTO member State. In response, troops from the Rapid Deployment Forces were redeployed, headquarters and command posts were formed, and resources for logistics and technical support were deployed.

After gathering intelligence on a simulated enemy, the CSTO Group Command approved coordinates for artillery and air strikes and determined methods of combat operations.

Russia and the Republic of Tajikistan are in the process of ratifying an agreement on the creation of a joint regional air defense system.

Intensive reconnaissance operations, including use of strike drones, landing of tactical landing troops, maneuvering of group forces on the ground and firing of ground weapons are planned in the course of “Rubezh-2021”.

According to the training scenario, the CAR CRDF ground grouping is covered from the air by dual-seat multi-role heavy fighters Su-30SM of Air Force of the Republic of Kazakhstan and the air wing of the Russian air base "Kant" located near Bishkek consisting of Su-25SM attack aircrafts and upgraded Mi-8MTV5-1 helicopters.

As noted by experts interviewed by RT, the forces and means of the Russian air base (deployed since 2003) played a major role in ensuring the security of the Kyrgyz Republic. Structurally, "Kant" is part of the 14th Army of the Russian Air Forces and Air Defense, being at the same time an air component of the Collective Rapid Deployment Forces.

"The compound is armed with Su-25SM attack aircraft and modernized Mi-8MTV5-1 helicopters. In addition, the “Kant” military base includes a short- and medium-range unmanned aerial vehicle unit equipped with modern multifunctional “Orlan-10” strike drones, a military police unit and a military car inspection unit," the website of the Russian Defense Ministry says.

Recently, the airbase personnel have been paying a great deal of attention to repelling reconnaissance and strike drones. To defend against drones, they use the Silok-02 electronic warfare system and the Utyos 12.7-mm machine guns mounted on the Ural-43206 all-terrain vehicle.

In his speech, Anatoliy Sidorov reported that this year the CAR CRDF was 20 years old. Within this period, the troops conducted ten joint trainings and six operational training sessions with the command. The CSTO Chief of Staff emphasized that the international formation moved "to a qualitatively new level of training”.

"All these years they (Collective Rapid Deployment Forces - RT) have been developing and progressing... It is safe to say that the CAR CRDF has reached a qualitatively new level of training and is ready to meet modern challenges and threats," Sidorov said. 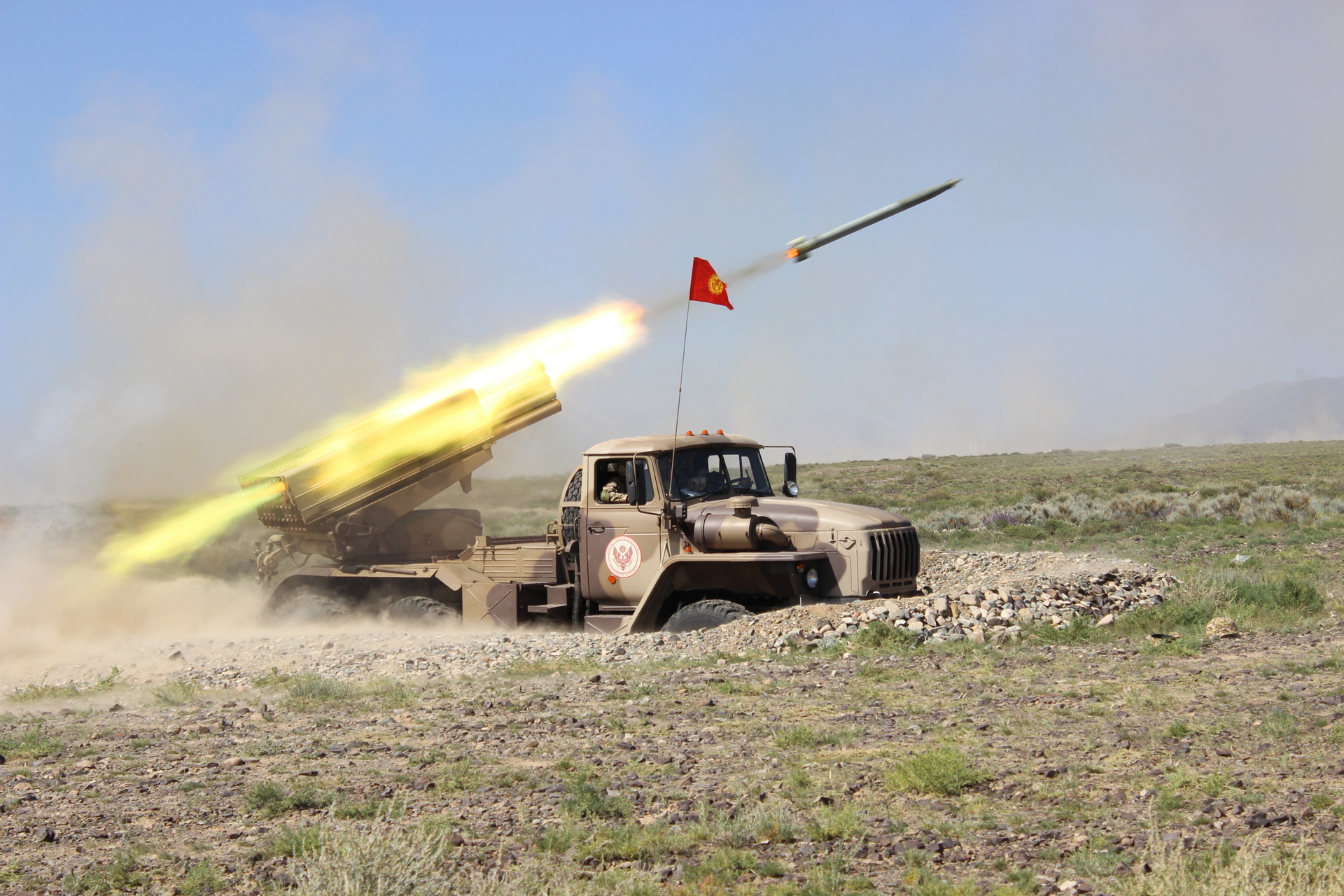 According to the CSTO materials, the Collective Rapid Deployment Forces of the Central Asian region of collective security are designed to carry out tasks to ensure the military security of the CSTO member States, including participation in repelling external military aggression and conducting joint counter-terrorism operations.

The total strength of the CAR CRDF is about 5,000 men. This formation includes servicemen from Russia, the Republic of Kazakhstan, the Kyrgyz Republic and the republic of Tajikistan. They are equipped with highly mobile military equipment, as well as interoperable weapons and communication systems.

In a conversation with RT, Dmitry Kornev, the founder of the Military Russia portal, noted that “Rubezh-2021”, along with other trainings in Central Asia within the CSTO, allowed to improve interaction between the military men of Russia, the Republic of Kazakhstan, the Kyrgyz Republic and the Republic of Tajikistan.

"It is important both for maintaining current relations and for fine-tuning interaction in organizing joint maneuvers. If we talk about “Edelweiss”, this range allows us to practice tasks in conditions that are not too usual for our troops," Kornev explained.

The expert also considers the "Rubezh-2021" training taking place in the Kyrgyz Republic as a demonstration of political unity "in case of a possible threat or aggression" from the territory of Afghanistan.

"Today, more than ever, it is necessary to be prepared for the fact that the Afghan conflict may extend beyond the borders of the country. It is quite logical now to conduct trainings in the terrain where hypothetically we will have to meet the enemy," Kornev reasoned.

In a comment for RT, Andrei Koshkin, a member of the Russian Academy of Military Sciences, recalled that the Kyrgyz Republic, although it has no common border with Afghanistan, was geographically close to the "risk zone”.

"The joint actions of the armed forces of the CSTO members are of significant military and political importance, and not only for the Central Asian region, because of the forced withdrawal of American troops and the seizure of power by the Taliban," Koshkin stressed.

According to the expert, all CSTO member countries are concerned about how the situation in Afghanistan will develop - whether there may be an "open attack" or infiltration of militants through mountain trails. According to Koshkin, all of these threats included in the “Rubezh-2021” scenario.

"In my opinion, the trainings now taking place in the mountains of the Kyrgyz Republic take into account the nature of the threats posed by infiltration attempts or militant offensives. The CSTO troops are practicing methods that allow them to create a reliable barrier to terrorists, including in inaccessible terrain," Koshkin concluded.

* The Taliban organization was declared a terrorist organization by the Supreme Court of Russia on February 14, 2003.