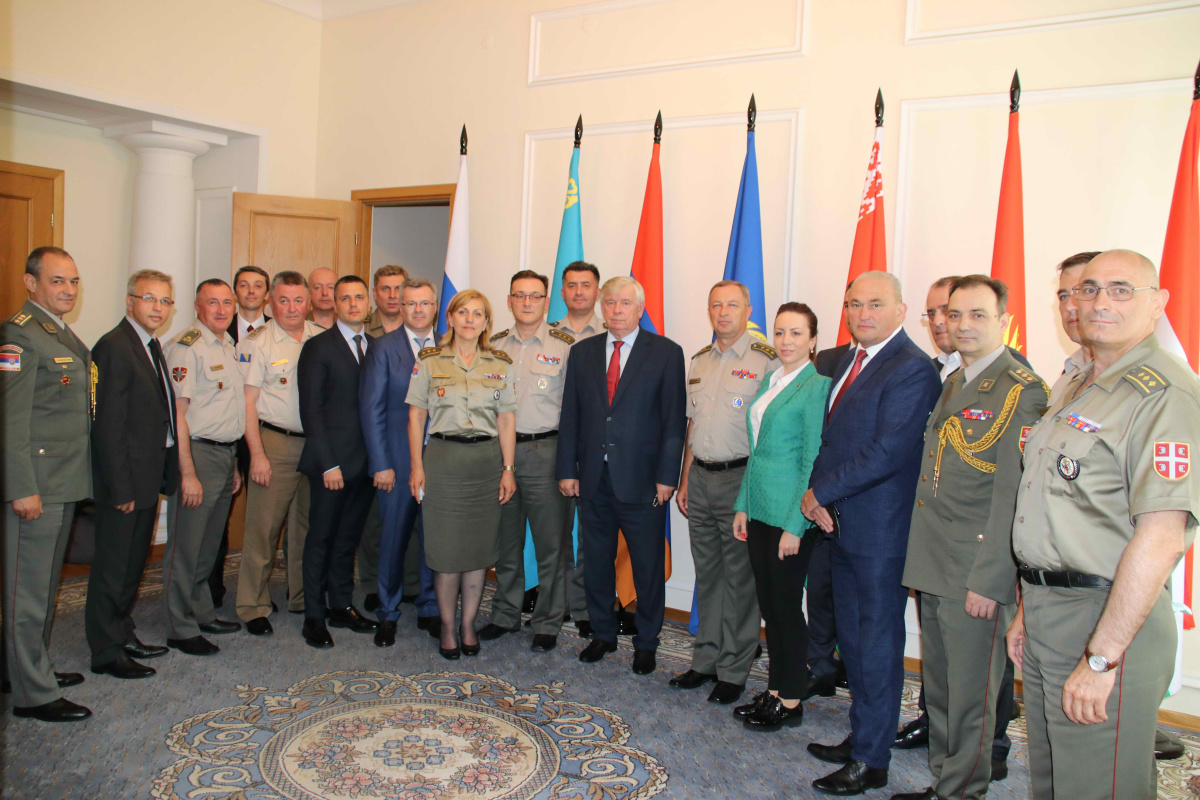 On June 30, this year, at the CSTO Secretariat, the CSTO Deputy Secretary General Valery Semerikov had a meeting with a delegation of the 10th graduating class of the Higher School of Security and Defense of the National Defense School of the Republic of Serbia.

In the course of the meeting Valery Semerikov gave a briefing with a multimedia presentation on the history and activities of the CSTO, as a multifunctional international organization designed to ensure the collective security of the CSTO member States.

The CSTO Deputy Secretary General told the meeting participants about the challenges facing the Organization, the ways to address them and the prospects for further development of cooperation of the CSTO member States in the political and military spheres and on issues of countering challenges and threats to security.

According to the CSTO Deputy Secretary General, today, through joint efforts, it is possible to maintain a high dynamics of contacts between the Organization and the Republic of Serbia. "For us it is especially valuable that trust and mutual understanding between our countries is strengthened not by words, but in practice. The Republic of Serbia is an important partner for us, and we have high hopes for you, today's graduates, in the further development of mutually beneficial cooperation," he said.

At the end of the meeting, Head of the National Defense School of the Defense University, Colonel of the Republic of Serbia Micho Suvajac, thanked the Secretariat's leadership for the meeting and confirmed the Serbian side's interest in further developing interaction on topical issues of regional security. "Today's meeting is a very important event, which speaks to the openness of the CSTO for constructive interaction with all countries interested in cooperating with it," Head of the Serbian delegation stressed.

At the end of the meeting there was a common understanding of the need to further develop cooperation on the whole range of issues of mutual interest.