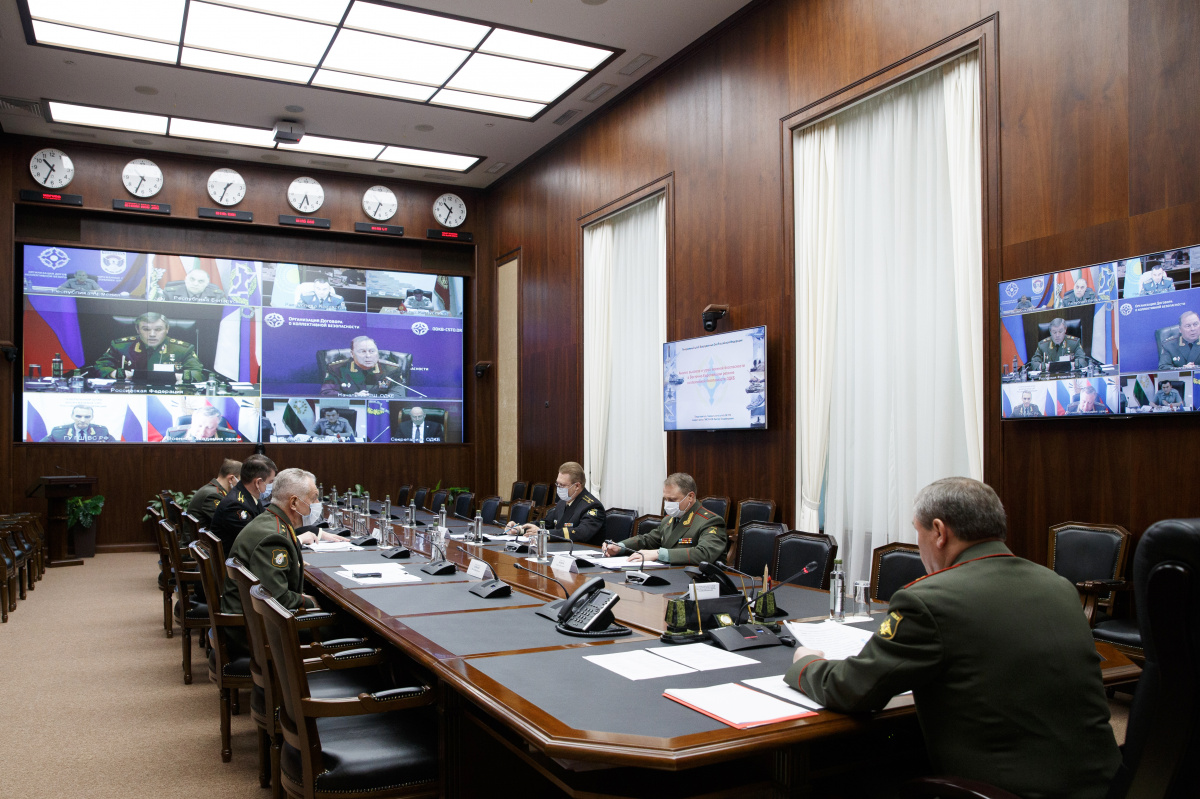 On July 3, 2020, for the first time via video-conferencing, the 16th Meeting of the Military Committee on the development of military cooperation of the of the Collective Security Treaty Organization member states was held.

At the beginning of the meeting, Army General Valery Gerasimov congratulated the members of the Military Committee on the 75th anniversary of the Great Victory in the Great Patriotic War, and thanked for the quality training and participation of the military personnel of the armies of the CSTO member states in the parade on Red Square.

A discussion regarding the challenges and threats to military security in the CSTO Caucasus, East European and Central Asian regions of collective security was held. Presentations were made by representatives of the General Staffs of the Armed Forces of the Republic of Armenia, the Russian Federation and the Republic of Kazakhstan.

Colonel General Anatoly Sidorov, the Head of the CSTO Joint Staff, informed the members of the Military Committee about joint operational and combat training activities in 2020, about the draft Development Plan for the military cooperation of the CSTO member states for 2021–2025, and about proposals for improving international flights of aviation by the armed forces of the states - CSTO members and on comprehensive research work related to the CSTO Collective Aviation Forces.

The meeting participated in debriefing regarding the activities of the Military Academy of Communications named after Marshal of the Soviet Union S. M. Budyonny.