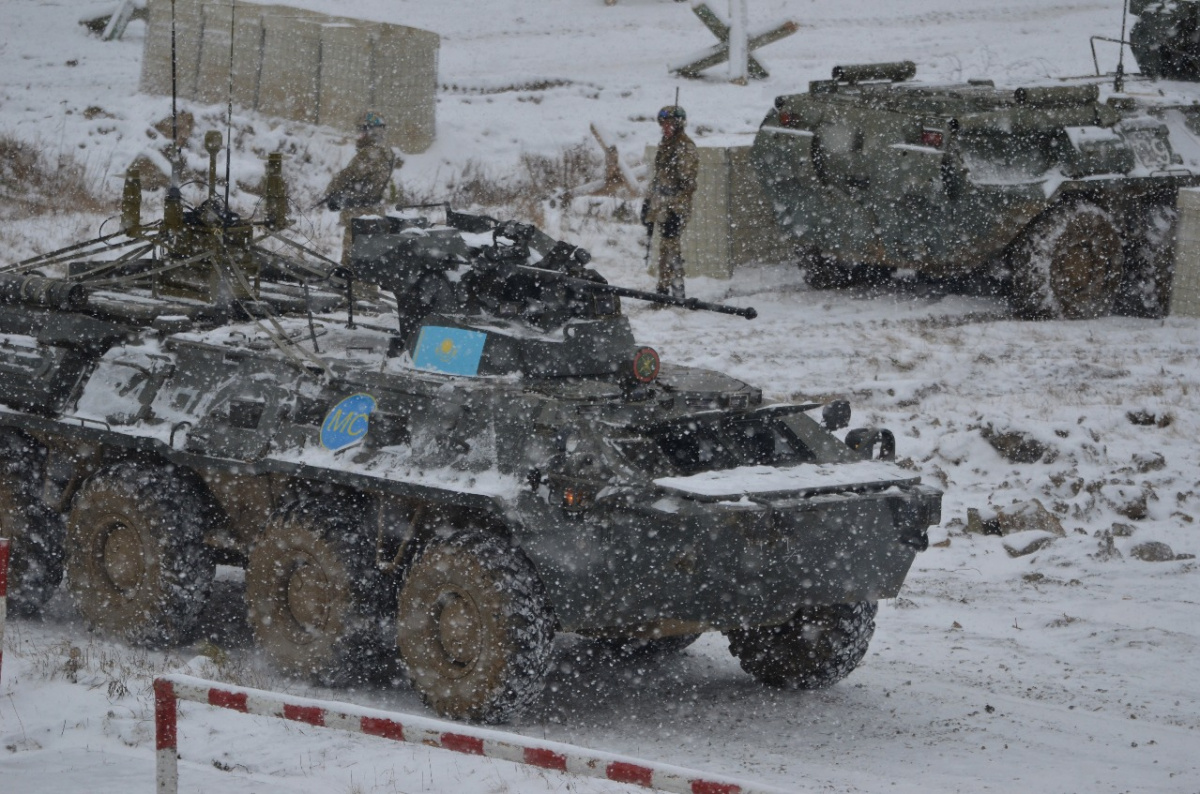 A grouping of CSTO troops (Collective Forces) will practice the tasks of preparing and conducting a peacekeeping operation by the CSTO Collective Peacekeeping Forces at the Kazan Higher Tank Command School decorated with the Order of Zhukov.

The main objectives of the training are to improve the practical skills of the command and control officials of the CSTO Troops (Collective Forces) in the organization and command of subordinate troops when carrying out earmarked tasks, and also to improve the coordination of military units and subunits that are part of the CSTO CPF during a peacekeeping operation.

Military contingents of the member States of the Organization, military police units, task forces of the CSTO Joint Staff and the CSTO Secretariat, formations of internal affairs bodies (police), national guards, as well as authorized bodies in the field of prevention and liquidation of emergency situations are planned to participate in the training.

In the course of practical actions, the Peacekeeping Forces will practice operating a roadblock, performing tasks in a refugee camp, escorting humanitarian convoys, blockading a populated area, storming a building occupied by "militants," and freeing "hostages" and providing aid to the victims.

In order to staff the Peacekeeping Forces, member States of the Organization, in accordance with their national legislation, allocate peacekeeping contingents on a permanent basis.

The composition, structure, and size of the Collective Peacekeeping Forces are determined by decision of the CSTO Collective Security Council for each individual peacekeeping operation, based on the scope of the tasks being carried out and the specific situation in the conflict zone.

The composition of the Collective Peacekeeping Forces may include military, police (police), and civilian personnel, that are forming:

a group of military observers;

other bodies and units ensuring the fulfilment of the assigned tasks.

When conducting a peacekeeping operation, the Collective Peacekeeping Forces may be charged with the following tasks:

to monitor compliance with the terms of the truce and cease-fire agreement, to help create a secure environment in crisis areas by providing a visible presence of the Collective Peacekeeping Forces;

designation of zones of responsibility, separation of the conflicting parties, creation of demilitarized zones, zones of separation, humanitarian corridors, assistance in deconcentration of forces of the parties, prevention of their movements and clashes in these zones;

creating conditions for negotiations and other measures to peacefully resolve the conflict, restore law and order, and ensure the normal functioning of state and public institutions and organizations;

control of the terrain and activities of the population in the area of responsibility, countering mass disturbances, and promoting human rights;

control over the elimination of fortifications, barriers and minefields;

participation in mine clearance of terrain and facilities;

protection and defense of vital facilities;

taking measures to ensure communication between the conflicting parties and the security of official meetings between them at all levels;

control of transportation, suppression of illegal import and export of military equipment, weapons, ammunition and explosives;

ensuring safe transit of all types of transport and functioning communications;

facilitating the establishment of normal contacts between the populations of the conflicting sides;

ensuring safe conditions for the return of refugees;

providing, within its capabilities, medical assistance to the civilian population in the conflict zone, including in the event of environmental disasters or natural calamities;

other tasks assigned to the Collective Peacekeeping Forces by a decision of the CSTO Collective Security Council or the relevant Mandate, in the interests of conflict resolution.