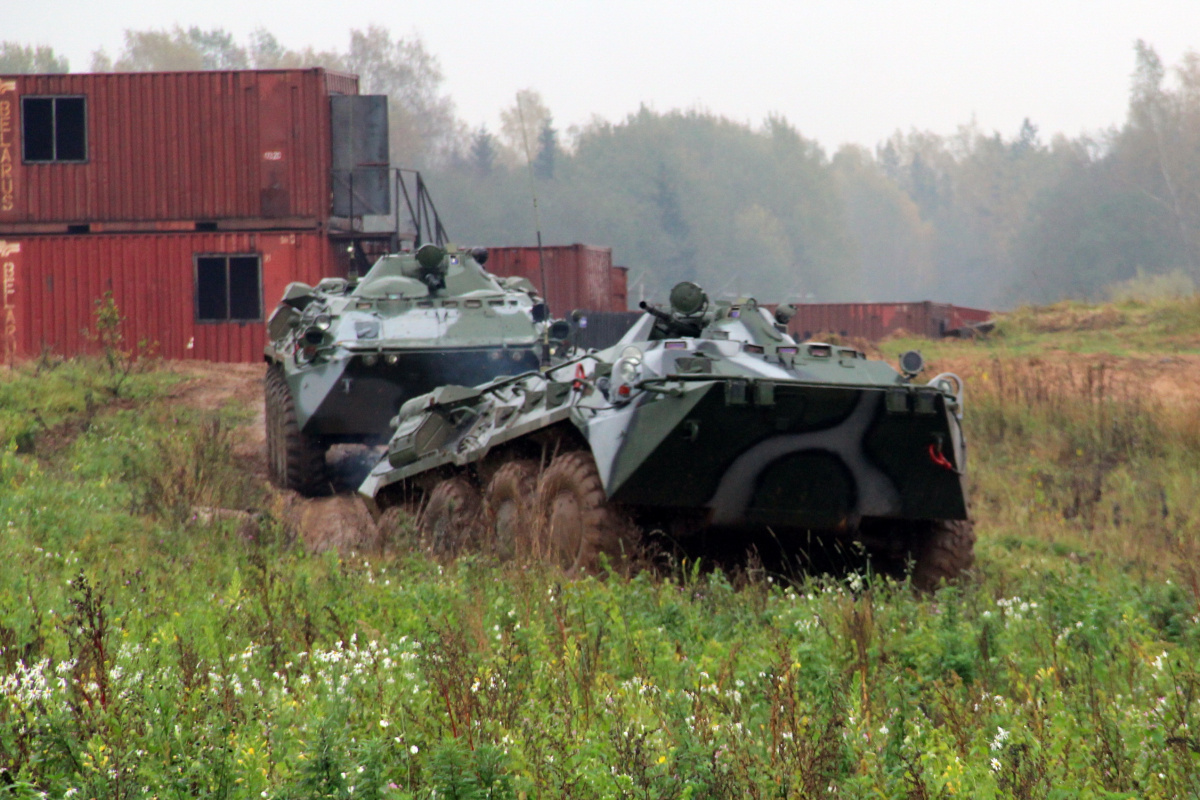 On October 13, this year, In the Republic of Belarus, at the “Losvido” training ground, participants of the command and staff training with the “Indestructible Brotherhood-2020” CSTO Peacekeeping Forces were preparing for a joint peacekeeping operation.

The stage began with serving with an UN mandate to conduct a peacekeeping operation to the CSTO Collective Peacekeeping Force Commander, Colonel Dmitry Sobol. On October 13, the commander of the Collective Peacekeeping Forces reported on the plan for a joint operation.
“The CSTO collective peacekeeping forces of are preparing contingents for a peacekeeping operation. The units are practicing security escorting of humanitarian convoys, occupying their zones of responsibility by the peacekeeping contingents, guarding and countering attacks,” Colonel Vladimir Bely, the Chief of the training staff, told reporters.
Also, peacekeepers learn to provide medical emergency treatment in the framework of self and mutual assistance, patrol the area, organize the work of checkpoints, and also practice actions when performing tasks to counter mass riots.
According to Vladimir Bely, this year a research group is working at the trainings, which is studying the issues of logistics and all-round support for the actions of the CSTO Collective Peacekeeping Forces.
“It is important for us to understand and further refine certain issues of interaction. Based on the results of the training, we will submit proposals to the governing bodies,” he said.
The "Indestructible Brotherhood-2020" command and staff training with the CSTO Peacekeeping Forces began in the Republic of Belarus on Monday. The total number of participants in the training is more than 900 people, more than 120 units of military and special equipment are also involved, including unmanned aerial systems (UAVs), two Mi-8AMTSh helicopters and two Mi-24 attack helicopters of the Central Military District of the Armed Forces of the Russian Federation. The training are conducted in two stages and will end on October 16 with a drawing of practical actions at the “Losvido” training ground in the Vitebsk region.
The “Indestructible Brotherhood-2020” command and staff training with the CSTO Peacekeeping Forces is being carried out in accordance with Plan for joint training of governing bodies and formations of assets of the CSTO collective security system for 2020. The organization and conduct of these events are being carried out in accordance with the Regulations on the procedure for preparing and conducting joint trainings in the CSTO format, approved by the Decision of the CSTO Collective Security Council of November 28, 2019.


The Joint Press Center of the CSTO training "Indestructible Brotherhood-2020"