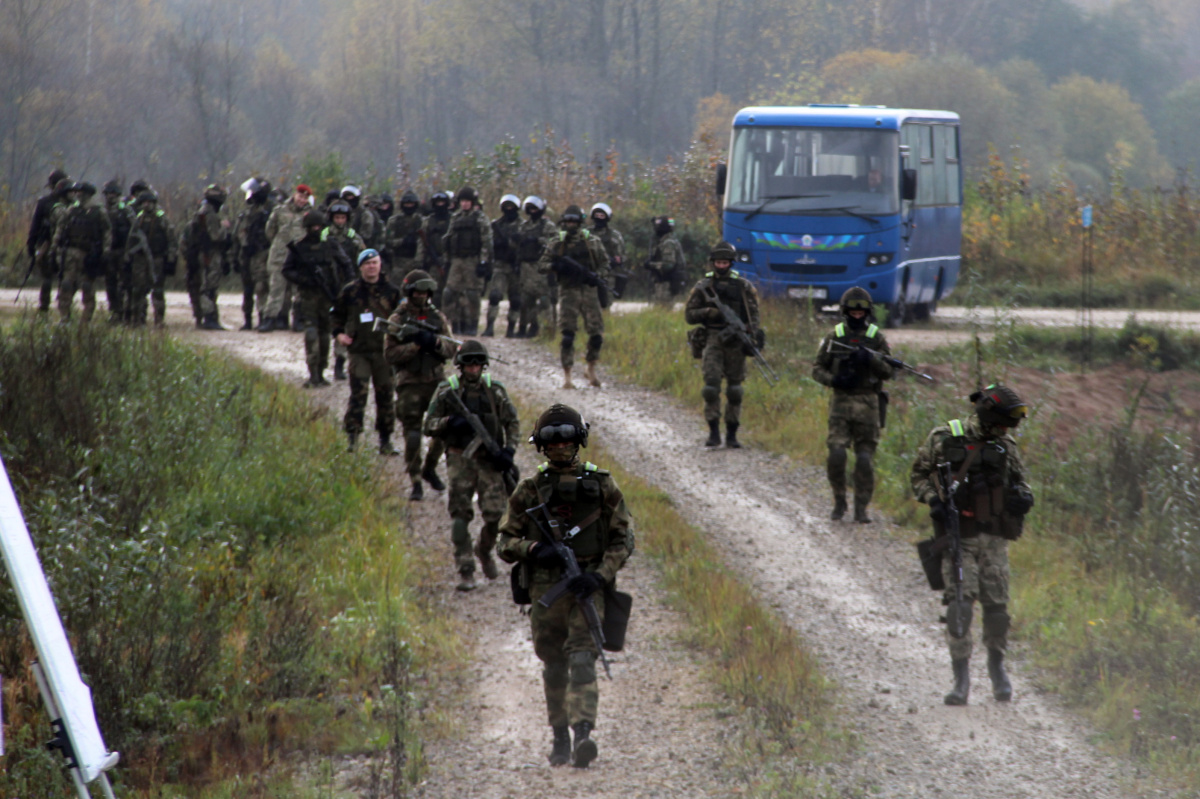 On October 14, this year, In the Republic of Belarus, in the course of the "Indestructible Brotherhood-2020" command and staff training, Colonel Dmitry Sobol, the Commander of the CSTO Collective Peacekeeping Forces, held a meeting on organizing interaction with top-ranking officers peacekeeping contingents participating in the training.

In the course of the event, held at the command post of the Joint Command of the CPF, the issues of organizing joint actions in the course of the peacekeeping operation were discussed and agreed upon.
The head of the training, Major General Vadim Denisenko, the Chief of the CSTO Joint Staff, Colonel General Anatoly Sidorov, the CSTO Deputy Secretary General Piotr Tsikhanouski and the Deputy Chief of Staff of the Central Military District, Major General Rustam Minnekaev, took part in the hearing of the Commander of the Collective Peacekeeping Forces.
The head of the CSTO Joint Staff, Colonel-General Anatoly Sidorov, speaking in the course of the meeting, noted that coordination in the actions of the troops directly depended on the organization of interaction. He highly appreciated the work of the Joint Command of the Collective Peacekeeping Forces in organizing interaction. “Considering that the training participants are represented not only by the military departments, but also by representatives of other power structures, internal troops and rescue sections, this is an important issue and you managed to organize it well,” Colonel General Anatoly Sidorov said.
At the first stage of the command and staff training, the command and control bodies are completing the planning and development of documents on the types of comprehensive support.
The peacekeeping contingents of the CPF worked out practical actions, in particular, when blocking and inspecting a settlement, blocking a CPF automobile convoy and overcoming a water barrier.


The Joint Press Center of the CSTO training "Indestructible Brotherhood-2020"