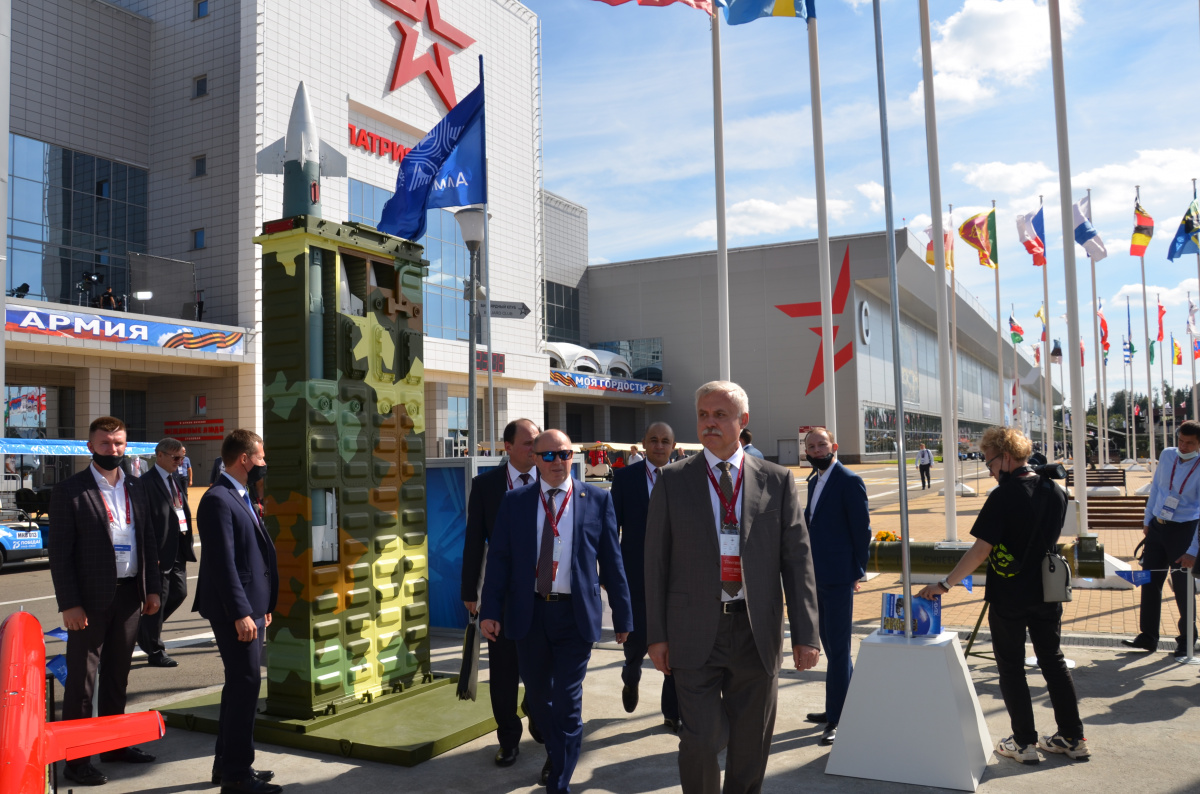 On August 23, 2020, the CSTO Secretary General Stanislav Zas took part in the official ceremony of opening of the International Military-Technical Forum “Army-2020” and the VI-th International Army Games-2020.

The President of Russia, Supreme Commander-in-Chief of the Russian Federation Armed Forces, Vladimir Putin congratulated the guests and participants of the Forum. In his video message, he called on representatives of the military departments of different states to strengthen partnership for the sake of global security, and also noted that the event traditionally served as a platform for discussing military-technical cooperation issues and helped to strengthen partnership contacts between the defense departments of different countries.

Addressing the participants of the opening ceremony, the Minister of Defense of the Russian Federation, General of the Army Sergei Shoigu, noted that the main feature of the “ARMY-2020” Forum was its joint holding with the International Army Games-2020 and wished all participants constructive and fruitful work.

The opening ceremony was also attended by the Minister of Defense of Armenia David Tonoyan and the CSTO Deputy Secretary General Piotr Tsikhanouski, as well as the Chief of the CSTO Joint Staff Colonel General Anatoly Sidorov.

In this year, delegations from the member states of the Collective Security Treaty Organization also take part in the Forum. Samples of military products for equipping the armed forces and law enforcement agencies of the CSTO member states are presented within the framework of the national exhibition expositions of the Republic of Belarus and the Republic of Kazakhstan. These are small arms, and unmanned aircrafts, and specialized wheeled vehicles, navigation and fire control systems, and sighting systems.

In the course of the event, the CSTO Secretary General Stanislav Zas visited the participants' stands and examined the latest models of military equipment and weapons.

Answering journalists' questions, Stanislav Zas highly appreciated the Forum. He said that within the framework of the events of the “Army-2020” Forum, a “round table” "State, approaches and mechanisms for equipping the CSTO Collective Rapid Reaction Forces (CRRF) with modern weapons and military equipment" would be held. "Now a corresponding Plan is being developed to equip the CRRF with modern weapons and military equipment. This year we set a goal to complete the development of this plan and start its implementation next year," Stanislav Zas said.

He noted that the CSTO CRRF had to be ready to perform any task in a short time. “These units and subunits must first of all be equipped with the most modern weapons,” the CSTO Secretary General said.

According to him, at present, requests from the CSTO countries for weapons and military equipment are being accumulated. “Now there is a process of interfacing our capabilities with needs, developing mechanisms for financing, procurement, supplies,” he said.

For reference: The “Army-2020” International Military-Technical Forum is held from 23 to 29 August 2020 on the territory of the “Patriot” Congress and Exhibition Center of the Russian Armed Forces, the Alabino training ground and the Kubinka airfield. In addition, part of the demonstration shows will take place at the Ashuluk training ground in the Astrakhan region. They will be broadcasted at the Forum sites in the “Patriot” Park..