on the issue “UN cooperation with regional and subregional organizations in the maintenance of peace and security: contribution of the CSTO, the CIS and the SCO to Countering Terrorist Threats”

Speech by the CSTO Acting Secretary General Valery Semerikov at the International Conference “On the Role and Character of the Interaction of International and Regional Organizations in the Fight against International Terrorism” October 30, 2019, Moscow 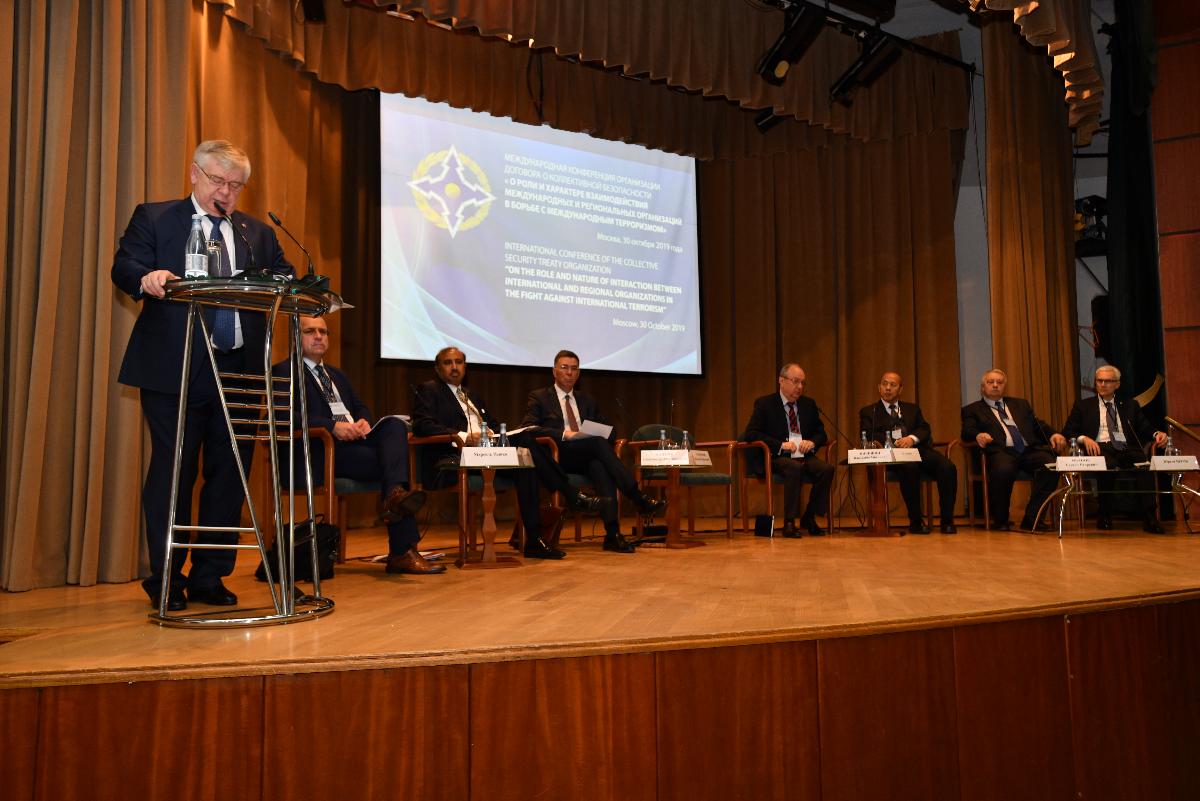 
Dear participants of the Conference!

I welcome you to Moscow and express my sincere gratitude for having responded to our invitation to participate in an international conference on such an urgent topic today as the interaction of international and regional organizations in the fight against terrorism.

The consolidation of efforts of all the healthy forces of the world in the fight against terrorism and extremism is especially in demand in the context of growing conflict potential, the real danger of dismantling the existing architecture of international security, a crisis of confidence and confrontation.

In today's unstable world, terrorism, contrary to international law, has become a tool to achieve its geopolitical goals by a number of states and transnational associations. A particular danger of modern forms of terrorism lies in the spread of terrorist activity throughout almost the entire world, in the use by terrorists of their advanced technological achievements, as a result of which no country is immune from terrorist attacks.

The main lesson that all the accumulated experience in countering international terrorism teaches is the need to increase collective efforts in the fight against terrorism without double standards and various exceptions based on the rigorous implementation of the UN Security Council anti-terrorism resolutions and the UN Global Counter-Terrorism Strategy. It is not unimportant in this matter to act in accordance with the “Code of Conduct for a Free World from Terrorism,” initiated by the Republic of Kazakhstan, and which today has been supported by more than 80 countries. 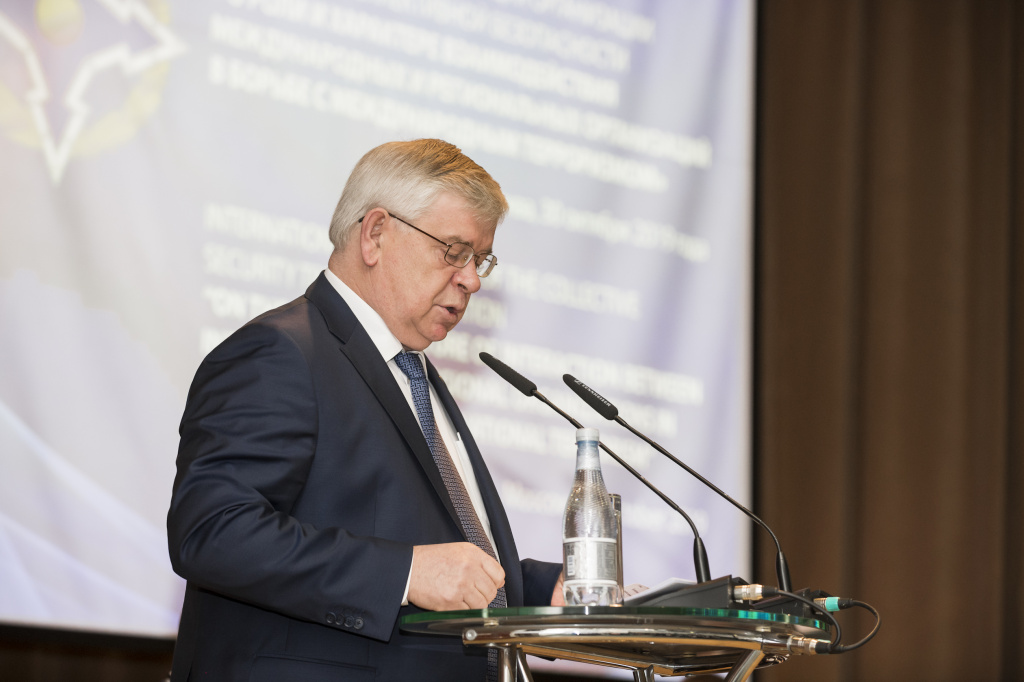 Over the past 2 years, starting with the first conference on the fight against terrorism organized by the United Nations Office of Counter-Terrorism, a large number of various conferences, round tables, and meetings have been held on this subject both in the format of regional organizations and at national levels. All these forums have called for close cooperation and cooperation in countering the terrorist threat. And it seems clear to everyone what great potential in ensuring security lies in the consolidation of efforts of international and regional organizations. But in reality it often happens that the actors in world politics behave autonomously, which makes the processes in different regions less unified. In this connection, the need has ripened, along with an analysis of international security problems on a global scale, to take into account the uniqueness of the processes taking place in the regions.

I believe that this message directly applies to regional organizations in matters of cooperation in a particular area of activity in the regions.

I would like to take this opportunity to express my gratitude to the Russian Chairmanship of the UN Security Council, which in September this year organized a meeting of the UN Security Council on the issue of “UN Cooperation with Regional and Subregional Organizations in the Maintenance of Peace and Security,” which specifically discussed the contribution of the CSTO, CIS and SCO to countering terrorist threats.

During the speeches of the Ministers of Foreign Affairs of the CSTO member states, CIS, SCO and other states, corresponding assessments of the role and place of our organizations in the common fight against the terrorist threat were voiced, as well as a number of initiatives and suggestions that need to be used in solving problems to counter terrorism and extremism, as well as other challenges and threats.

I think that today's conference, organized as a follow-up to the UN Security Council meeting, will allow us to develop joint practical steps for closer cooperation and interaction both in the regions of responsibility of organizations and in the geostrategic space as a whole. 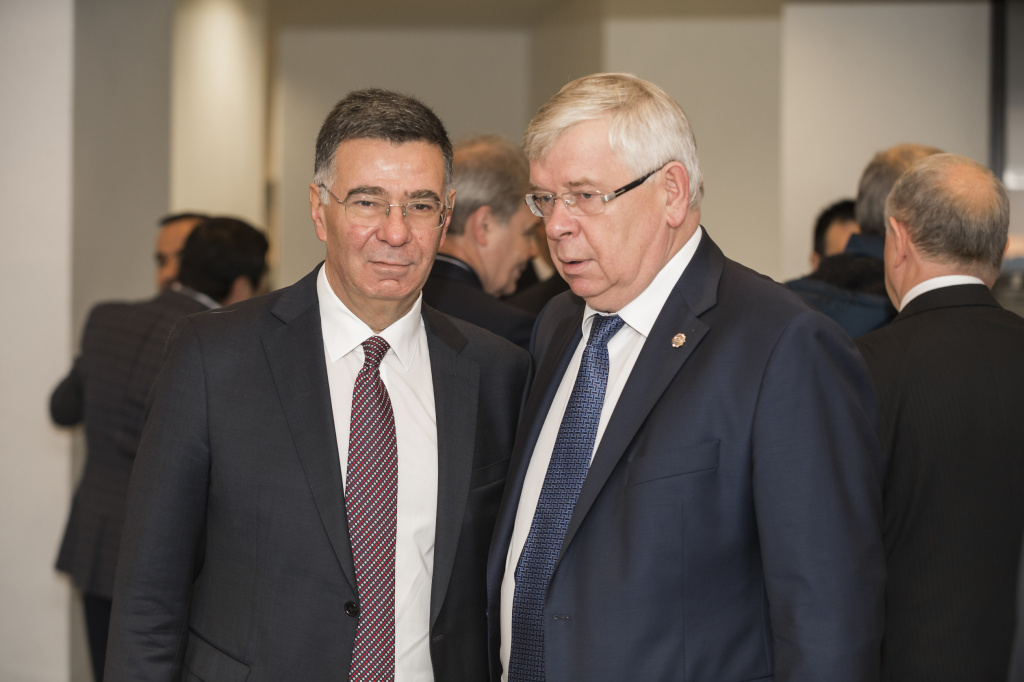 We at the CSTO attach paramount importance to the interaction and development of relations in the field of countering terrorism and extremism. In the CSTO Collective Security Strategy adopted in 2016 for the period until 2025, the heads of our states set the executive and working bodies of the Organization to take an active part in consolidating international efforts to combat terrorism and extremism.

In general, we are satisfied with how our cooperation with the UN, OSCE, CIS, SCO and their specialized structures is developing within the framework of existing memorandums and we are in favor of expanding this cooperation.

We see great potential in cooperation with the EU in the context of finding certain common ground on security issues in Central Asia, which are indicated in the updated EU Strategy for this region, which is part of the CSTO responsibility zone.

As regards cooperation with NATO, in May of this year, the CSTO Council of Foreign Ministers, in order to build confidence and develop cooperation between organizations in jointly countering global challenges and threats, sent an open appeal to the North Atlantic Alliance Foreign Ministry, which we still have not received an official response from Brussels. I think that comments are unnecessary here.

I will dwell on some practices developed by the Collective Security Treaty Organization on countering challenges and threats, including terrorism and extremism, taking into account the interest that is shown in our events by both representatives of relevant structures of international and regional organizations and experts from individual states.

In order to develop and improve the existing mechanisms for interaction between the CSTO member states in the field of countering terrorism and preventing the creation of sustainable centers of terrorist activity on their territory, the CSTO has been building a Unified List of organizations recognized as terrorist in the format of our Organization since 2018.

In order to block the entry, exit and recruitment channels for citizens of the CSTO member states to participate in the activities of international terrorist organizations, as well as to neutralize the resource base of terrorists in the CSTO responsibility area, a special operation was first conducted this year under the organization format under the code name “Mercenary”.

Preventing financing of terrorist organizations from proceeds from drug and arms trafficking, illegal migration and human trafficking is one of the goals of the CSTO's special operational and preventive measures held annually: “Channel” to combat drug trafficking and “Illegal” to suppression of illegal migration. 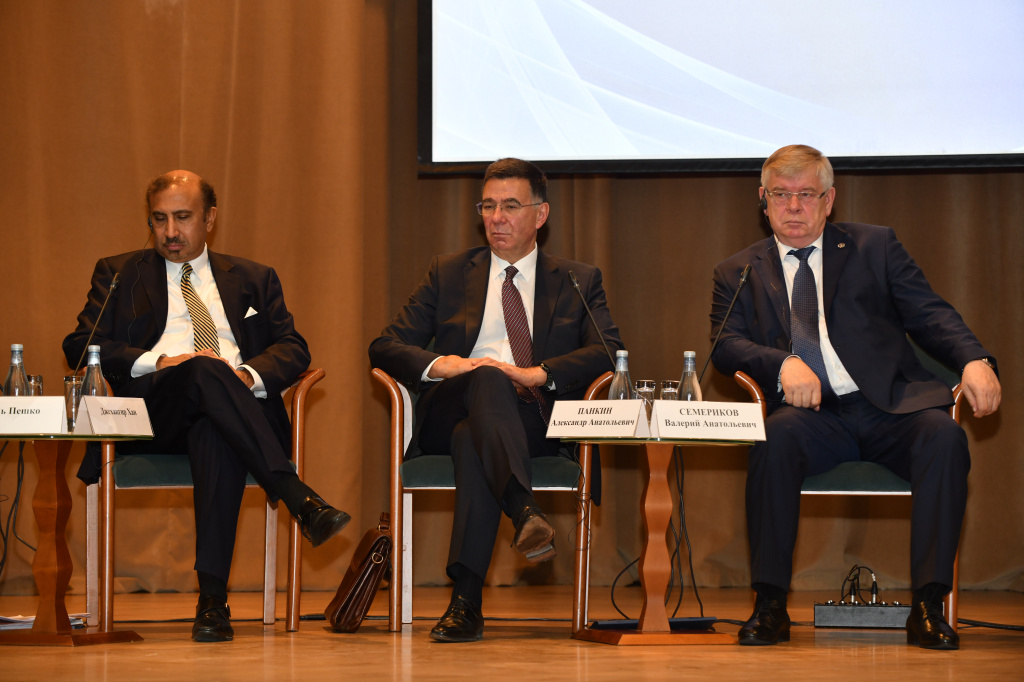 In this context, of particular importance is the need to expand multilateral cooperation within the framework of the Financial Action Task Force on Money Laundering (FATF), to strengthen the role of this international institution in countering the financing of terrorism. In this regard, we call for the comprehensive implementation of the provisions of UNSCR 2199, 2253 and 2370 and the FATF standards.

In modern conditions, a serious problem is an aggressive information campaign carried out by a number of countries and international organizations aimed at discrediting the policies of certain "objectionable" states, undermining state institutions, and propaganda of terrorist and extremist ideologies. The peculiarity of this campaign is the widespread use of the latest information technology.

The ongoing operation “PROXY” in the CSTO format is aimed at countering the criminal use of information technology.

Supporting the position of the UN counterterrorism structures on the inadmissibility of public calls and incitement to extremism, we call for the consistent and effective implementation of relevant UN Security Council resolutions 1624 and 2354. We attach particular importance to the development and speedy adoption of universal rules, norms and principles of responsible behavior in the information space under the aegis of the UN .

Given the threats from international terrorist organizations (ITOs), we strengthened our Collective Rapid Response Force (CRRF) with special forces designed to combat terrorists of all stripes, and during the trainings with CRRF, we pay great attention to working out comprehensive anti-terrorism tasks.

Aware of the growing terrorist threat emanating from the territory of Afghanistan, in pursuance of the decision of the Collective Security Council of the Collective Security Treaty Organization, the CSTO has intensified the development of a targeted interstate program to strengthen the Tajik-Afghan border. In addition, the draft List of additional measures of a political, military nature and counteraction to challenges and threats aimed at reducing tension in the Tajik-Afghan border area has been worked out.

In the format of the CSTO, a draft Collective Action Plan of the CSTO member states on the implementation of the UN Global Counter-Terrorism Strategy for 2019-2021 was developed and is being submitted this autumn to the statutory bodies of the Organization for consideration. 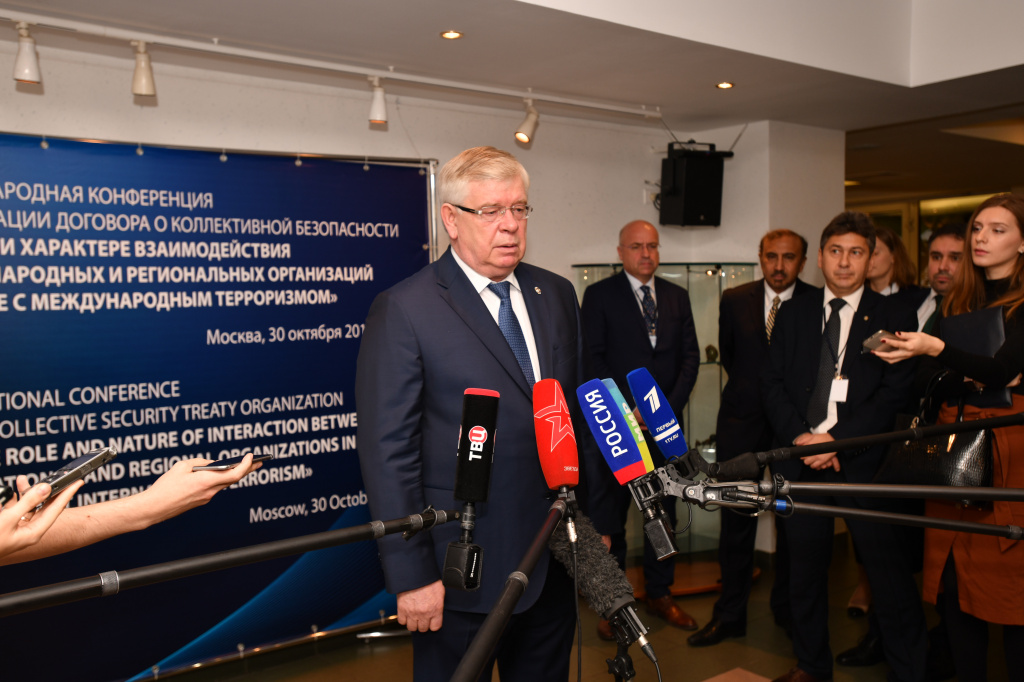 Dear conference participants. Of course, this is not the whole list of practices developed by the CSTO, but we were convinced of the need for their implementation over the course of several years and I am sure that if we join efforts, the effectiveness of their implementation will be significantly higher. For our part, we are ready for such interaction, and we see great potential in the fight against terrorism in uniting the efforts of regional organizations. For this, first of all, it is necessary to expand the work in the legal framework of relations between regional organizations, to increase cooperation on a program basis with the definition of specific mechanisms and ways of interaction.

As a further development of interaction and cooperation in the fight against terrorism and extremism, we see the involvement of the Partnership and Observation Institute under the CSTO, which the heads of our states approved last year.

In conclusion, let me express confidence that during the conference, when discussing various aspects of terrorism, we will enrich ourselves with new interesting ideas and proposals that, in practice, will allow us to join forces in countering terrorist threats.

Thanks for your attention.