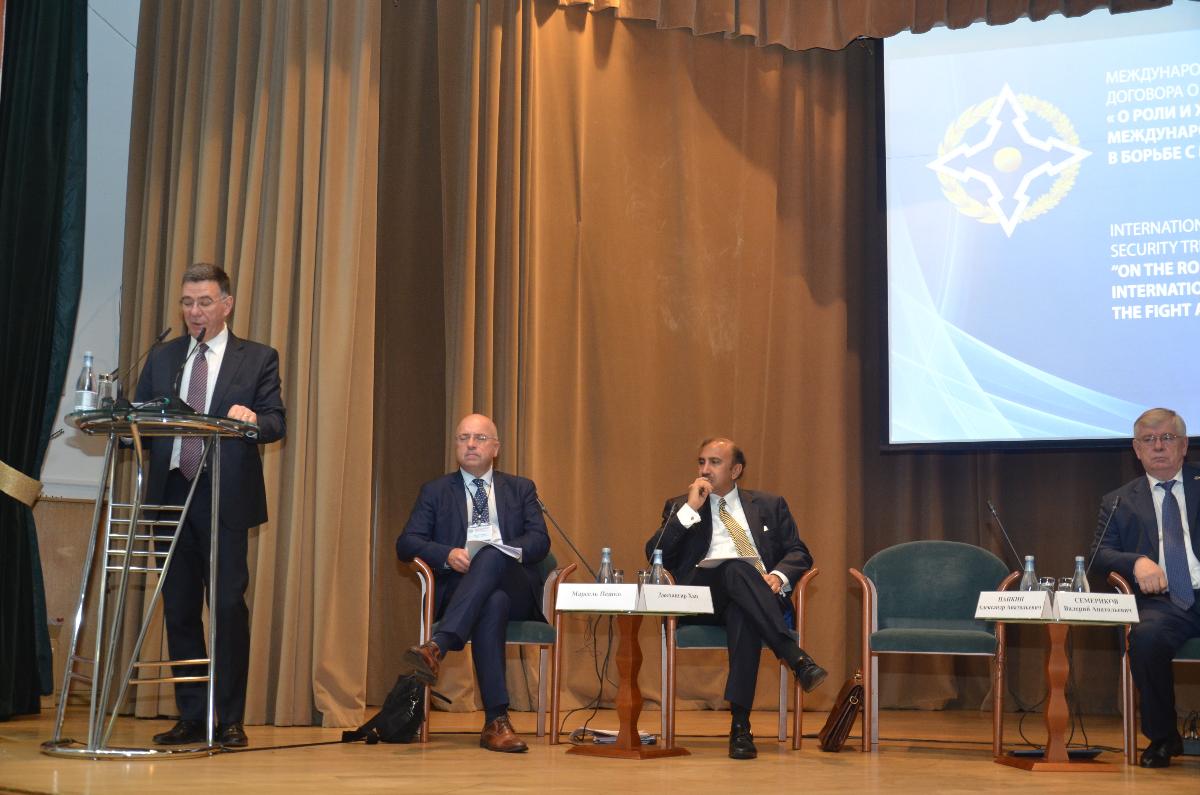 Dear participants of the Conference,

We welcome the initiative of the Secretariat of the Collective Security Treaty Organization to discuss the interaction of international and regional organizations in the fight against international terrorism.

The CSTO and the international organizations represented at today's event have rich experience in combating terrorist threats and make a serious practical contribution to strengthening stability in the vast territory of Eurasia.

Russia at various sites is energetically promoting a set of proposals in a systematic vein to improve the measures of the world community to counter new, "non-traditional" security threats, including international terrorism. At the same time, we are constantly aiming at the comprehensive strengthening of the relevant international legal and truly collective foundations of such interaction, overcoming the notorious “double standards” that are also taking place in this area, at preventing attempts to subordinate the tasks of the antiterror to the geopolitical interests of individual states or their groups.

The most important and binding principle of our efforts - the fight against extremism and terrorism should be carried out through equal cooperation on the basis of international law, respect for sovereignty and non-interference in the internal affairs of states, mutual consideration of the interests of partners. Russia considers it absolutely essential to strengthen the central, coordinating role of the UN in international anti-terrorism cooperation, including in the areas of implementation of the Global Counter-Terrorism Strategy, key UN Security Council resolutions. Resolution 2178, developed with the active participation of the Russian side, is dedicated to suppressing extremist and terrorist propaganda, preventing radicalization to the level that engenders terrorism, as well as combating the criminal activities of foreign terrorist fighters who are military-hardened in armed conflicts, areas of terrorist activity and further bearing the potential for violence and extremism in their countries of origin. 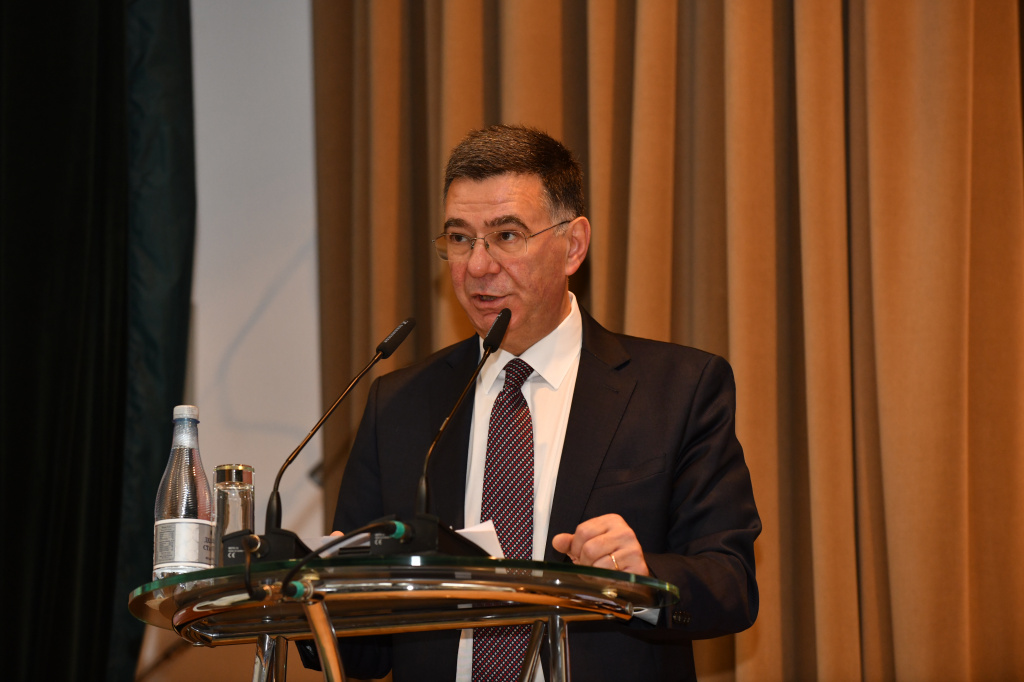 It should be noted that our country was one of the first bringing this issue to international platforms, in particular, the UN and the OSCE.

Based on this threat, we see a need to improve information exchange on persons participating in terrorist and extremist activities. We consider it appropriate to make greater use of the capabilities of the International Information Bank of the National Anti-Terrorism Committee, as well as the information resources of the SCO Regional Anti-Terrorist Structure, the CIS Anti-Terrorism Center, and other specialized organizations. At the same time, we do not deny the possibility of increasing information exchange with Interpol, as well as specialized structures of the OSCE and NATO.

We consider it extremely important to develop measures to combat the supply of weapons to terrorist groups. Weapons and equipment seized from terrorists in Syria showed that this criminal business is on the rise, while part of these arsenals could be supplied only through the mediation of state structures, bypassing conventions and agreements. Among the uniforms and special equipment, we see protective equipment and mini-factories for the production of chemical warfare agents coming from countries that loudly declare that Syria and Russia violated the conventions banning chemical weapons.

In this regard, we consider it necessary to step up efforts to create effective international legal mechanisms aimed at suppressing the supply of weapons and materiel to terrorists.

Another relevant topic that I want to draw attention to is the financing of terrorism. We note that recently terrorists have resorted to more and more conspiratorial methods of financing their activities, moving from bank transactions to more sophisticated methods, including the widespread use of information and communication technologies - the so-called shadow Internet. In this area, we positively assess the role of the FATF and EAG as international structures that effectively counteract money laundering and the financing of terrorism.

Along with the financing of terrorism, there is the issue of combating the production and illicit trafficking of drugs, the proceeds of the sale of which go, including to fuel terrorist activities in the Middle East, Central, South and Southeast Asia. Here we see a trend in the development of the production of synthetic drugs, we record their production in ISIS laboratories already in Afghanistan. We consider it necessary to establish close international cooperation in this area.

Russia aims to continue active collaboration with allies in the CSTO to protect the common space of collective security from terrorist threats and advocates the development of cooperation in this area on an equal and mutually respectful basis with all interested countries and international structures.

I wish you success in this important forum.

Thanks for your attention.